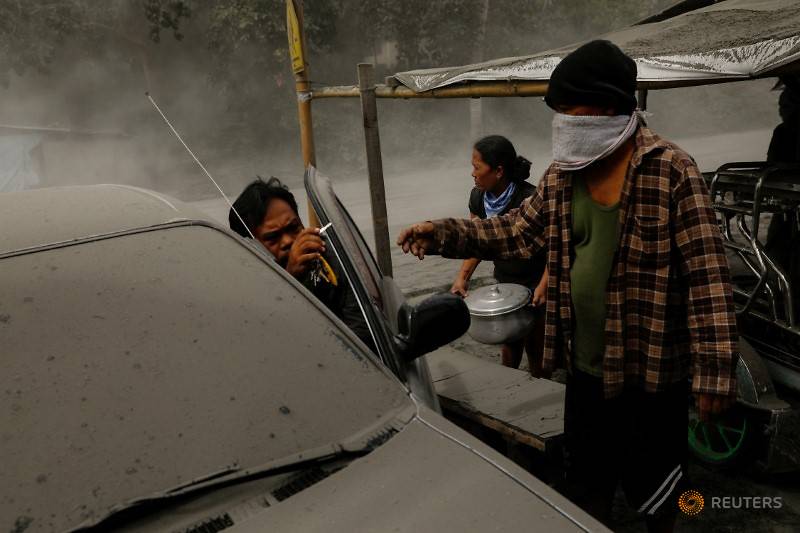 Schools and businesses shut across the Philippine capital on Monday (Jan 13) as a volcano belched clouds of ash across the city and seismologists warned an eruption could happen at any time, potentially triggering a tsunami.

Thousands of people were forced to evacuate their homes around Taal, one of the world's smallest active volcanoes, which spewed ash for a second day from its crater in the middle of a lake about 70km south of central Manila.

"The speed of escalation of Taal's volcanic activity caught us by surprise," Maria Antonia Bornas, chief science research specialist at the Philippine Institute of Volcanology and Seismology told reporters.

"We have detected magma. It's still deep, it hasn't reached the surface. We still can expect a hazardous eruption any time."

Authorities warned that an eruption could send a tsunami surging across the lake.

Stunning lightning shows have periodically played out above the volcano in a little-understood phenomenon that is attributed to static electricity.

Phivolcs chief Renato Solidum told AFP the lava was evidence of fresh movement in the volcano, but said it was unclear if Taal would "sustain its activity".

Government seismologists recorded magma moving towards the crater of Taal, which is located 65km south of Manila.

More than 16,000 people were evacuated from the volcanic island and the area immediately around it - normally a popular tourist spot. Dozens of tremors set residents on edge.

Some tourists ignored the dangers and travelled to towns closest to the volcano to get a better look.

"It's a once in a lifetime experience for us," Israeli tourist Benny Borenstein told Reuters as he snapped photos of Taal from a vantage point in Tagaytay City, about 32km away. 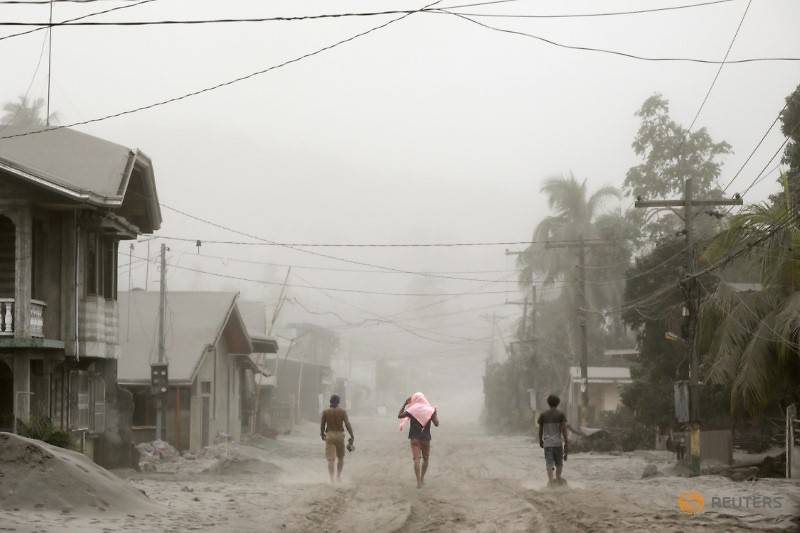 In nearby Talisay Batangas, Vice Governor Mark Leviste said rain had turned ash to mud and trucks were needed to evacuate more people from remote communities.

In Manila, masks sold out quickly after residents were advised to wear them if they had to go out. Some wore handkerchiefs across their faces as they breathed air tainted by the smell of sulphur.

Streets that would normally be snarled with some of the world's worst traffic were largely empty in the city of 13 million people.

Schools and government offices were closed on official orders. The stock exchange suspended trading and many private businesses shut for the day too.

Flight operations at Manila's international airport partially resumed, authorities said, after at least 240 flights were delayed or cancelled on Sunday.

One flight that did land carried President Rodrigo Duterte, who was coming back from his home city of Davao in the southern Philippines. He had been unable to fly on Sunday because visibility was so low. 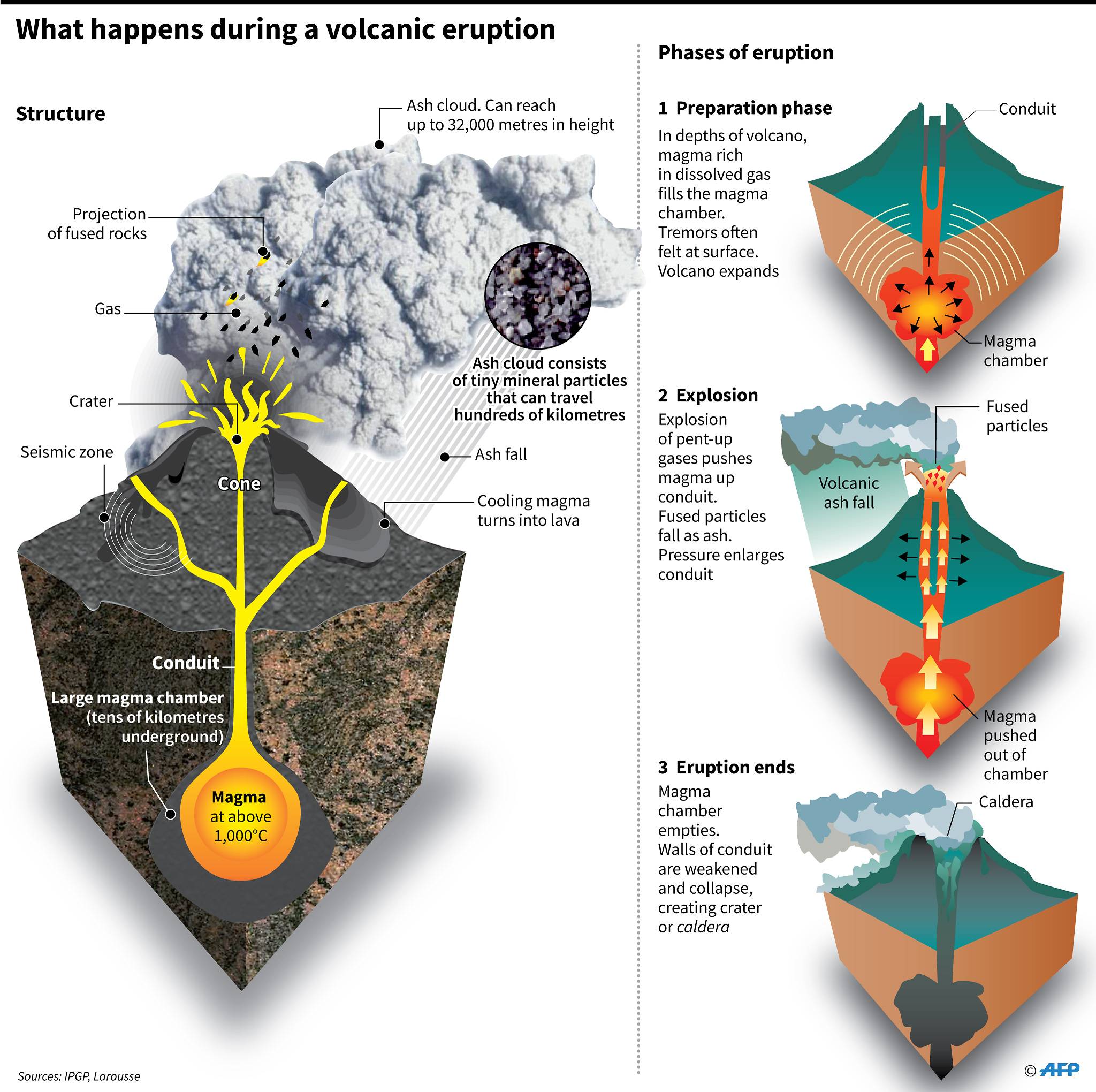 One of the most active volcanoes in the Philippines, Taal has erupted more than 30 times in the past five centuries, most recently in 1977. An eruption in 1911 killed 1,500 people and one in 1754 lasted for a few months.

The island has been showing signs of restiveness since early last year.

Philippines lies on the Ring of Fire, a belt of volcanoes circling the Pacific Ocean that is also prone to earthquakes.