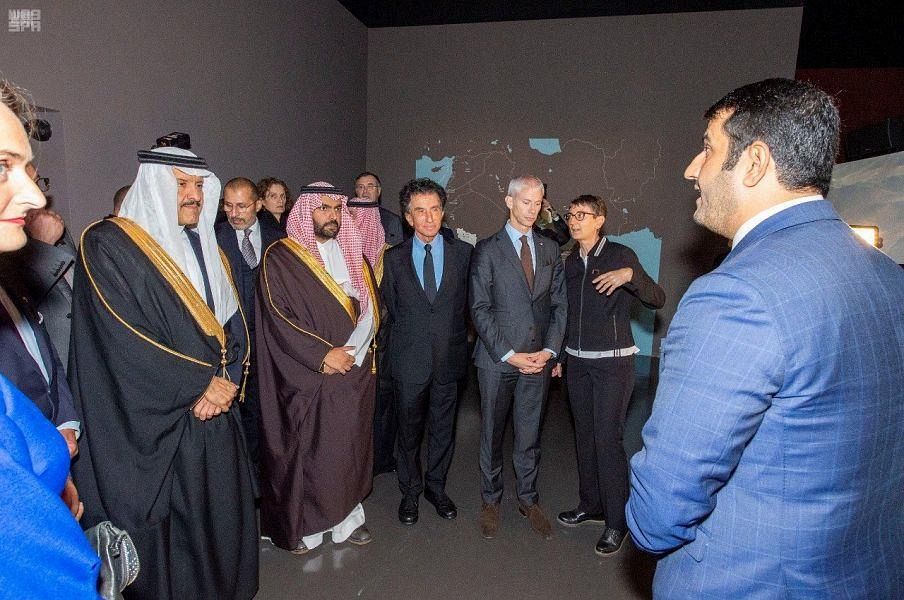 Prince Sultan bin Salman bin Abdulaziz, founder and President of Al-Turath Charitable Foundation and the Chairman of the Board of Directors of the Saudi Space Commission, has attended the opening ceremony of "Al-Ula, Kingdom of Saudi Arabia's Wonder" exhibition, being held in Paris, France.

Upon his arrival at the ceremony, he was received by Saudi Minister of Culture Prince Badr bin Abdullah bin Farhan, President of the Arab World Institute and former French Minister of Culture Jack Lang, Chief Executive Officer at The Royal Commission for AlUla, Amr Al Madani and a number of officials from both sides.

He also praised the launching of "Al-Ula, Kingdom of Saudi Arabia's Wonder" exhibition at the Arab World Institute in Paris, and the relations between the two countries, which resulted in the cooperation between the Saudi and French scientists in the archaeological excavations in Al-Ula and the development of a comprehensive program for the development of Al-Ula governorate.