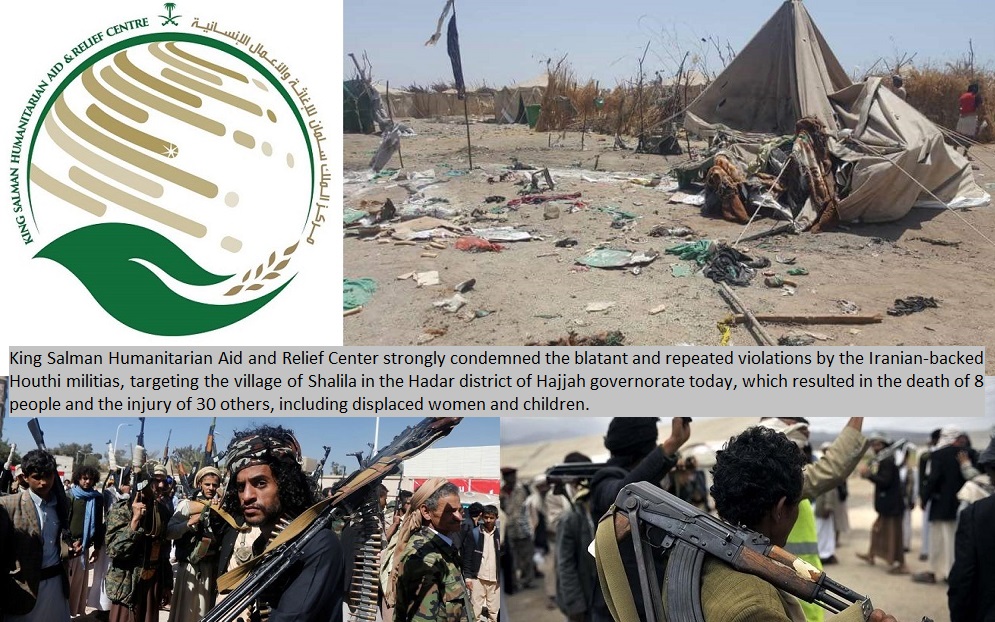 King Salman Humanitarian Aid and Relief Center strongly condemned the
blatant and repeated violations by the Iranian-backed Houthi militias,
targeting the village of Shalila in the Hadar district of Hajjah
governorate today, which resulted in the death of 8 people and the
injury of 30 others, including displaced women and children.

In a statement, the Center condemned the heinous human crime, which
did not respect the principles of human rights and international
humanitarian law, calling upon the United Nations, its organizations and
the international community to stand firmly against this humanitarian
crime committed by the Houthi militias that attacked children, women and
the elderly in refugee camps, in addition to the humanitarian aid
provided by the Center.

In its statement, the Center called on the United Nations to bear
its humanitarian and social responsibilities against these Houthi crimes
that have caused corruption in Yemen and affected its people badly.