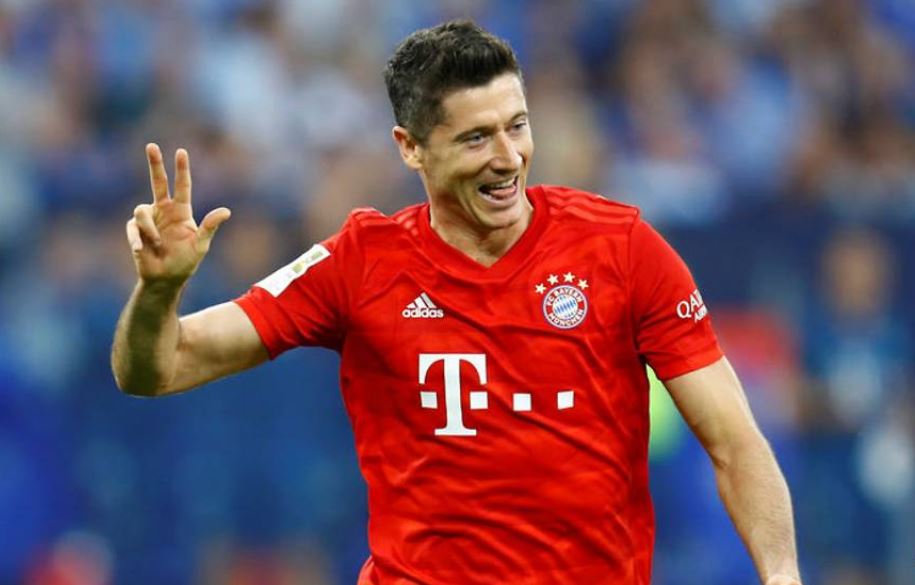 A new contract is looming for Poland forward Robert Lewandowski, who will be carrying the hopes of a second straight league win for Bayern Munich when the champions host Mainz 05 on Saturday.

But it has been 31-year-sold Lewandowski - at Bayern since 2014 - who has scored all five of their league goals, a brace in their 2-2 season opener against Hertha Berlin and a hat-trick to beat Schalke 04 last week.

With his contract running out in 2021, the striker hinted a new deal was close to being finalised.

"There is a lot in favour of an extension," he told Sport Bild magazine this week.

"From my side it is only about finalising some details. I feel good in Munich, the club has the same goals as me. To win titles, including the Champions League."

Lewandowski has already become the most prolific foreign scorer in the history of the league with 207 Bundesliga goals in 292 matches for both Borussia Dortmund and Bayern.

But he shows no sign of slowing down, also winning last year's top Bundesliga scorer award for the fourth time in the last six seasons.

"He is sensationally good. He has been doing that in the last five, six, seven years in the Bundesliga," Bayern coach Niko Kovac told reporters.

"He is the best striker with his efficiency and coolness. I hope he continues like that for the coming months."

Bayern will need his goals more than in past seasons, with Dortmund, who are top of the standings on six points, set to present the biggest obstacle en route to a record-extending eighth successive league title for the reigning champions.

Lewandowski is rarely out of form and it is even rarer for him to miss a game through injury, prompting former Germany and Bayern captain Lothar Matthaeus to demand a salary hike for him.

"The amazing thing is that he has played 96 per cent of all competitive matches for Bayern since arriving," Matthaeus told Sky.

"That leads me to the conclusion that he earns too little for such an unbelievable statistic. A player with such appearance quota, apart from his goals, should be earning more than someone who only plays 50-60per cent of possible games."