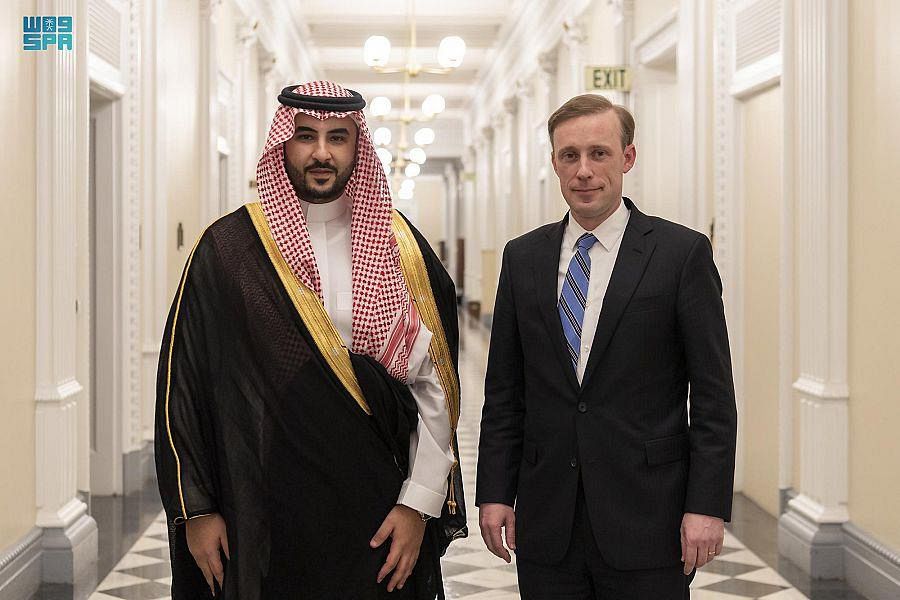 During the meeting, they reviewed the solid historical Saudi-US relations and discussed prospects for cooperation and joint coordination between the Kingdom of Saudi Arabia and the United States of America, in addition to the ways to support and enhance them within the framework of the common vision between the two friendly countries.

On the American side, the Coordinator for Middle East and North Africa Affairs at the US National Security Council (NSC), Brett McGurk attended the meeting.

Earlier, the Deputy Minister of Defense and his accompanying delegation arrived in Washington this morning on an official visit to the United States of America. He will meet with a number of the US officials to review bilateral relations and discuss issues of common interest at the regional and international arenas.