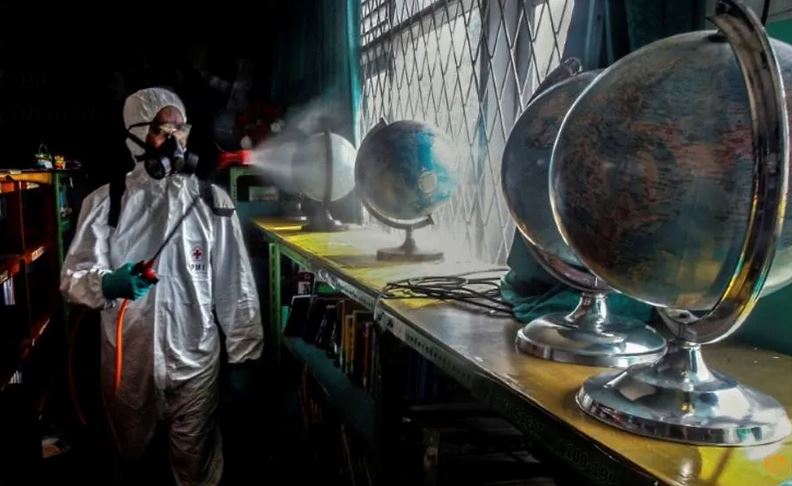 A worker sprays disinfectant at school to prevent the spread of coronavirus disease (COVID-19) in Bogor, near Jakarta, Indonesia, March 19, 2020 in this photo taken by Antara Foto. Antara Foto/Yulius Satria Wijaya/ via REUTERS
JAKARTA - CNA

The Indonesian government said schools might not reopen until December, even as parts of the country prepare for life after large-scale social restrictions later this week.

Speaking at a discussion over the weekend, Coordinating Minister for Human Development and Culture Muhadjir Effendy said the government will not rush to a decision to allow students to return to campuses.

“Compared to other sectors, schools might be the last sector (to reopen) considering the incalculable (health) risk posed by the reopening of schools,” Mr Effendy said.

The minister said the government has not decided when it would be best to reopen the schools, despite the academic year starting next month.

There is even the possibility, he said, that schools and universities will open in December or early next year.

“Although school year starts in the middle of July, the coordinating ministry does not recommend (students) to go back to school by that time,” he said.

Mr Agus Sartono, the coordinating minister's deputy for education issues said even if Indonesia manages to flatten the curve within the next few months, students might still need to do remote learning for the entire first semester of the academic year. 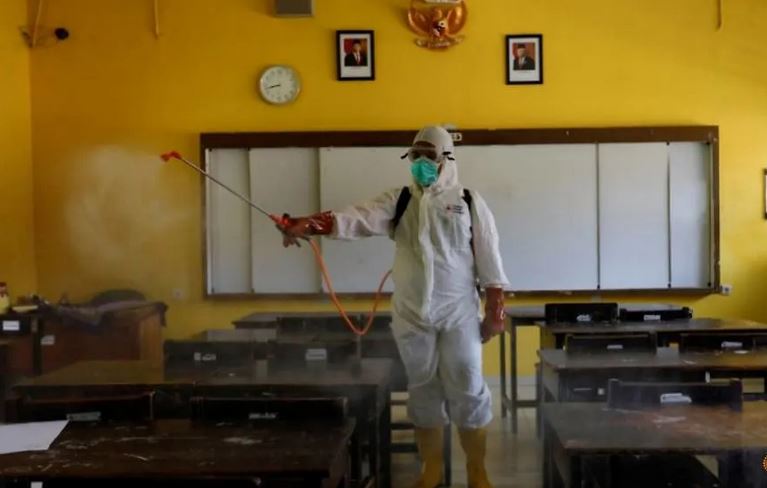 A volunteer from Indonesia's Red Cross wearing a protective suit sprays disinfectant inside the classroom of a school closed amid the spread of coronavirus (COVID-19) in Jakarta, Indonesia, March 16, 2020. REUTERS/Willy Kurniawan/File Photo

“It would still be better (for schools) to reopen in December,” Mr Sartono said.

“We don’t want to be like France and South Korea which reopened schools only to expose many students (to COVID-19).”

The remarks came as Indonesia is preparing to remove the so-called large-scale social restrictions in several places, including Jakarta, as early as Friday (Jun 5) and allow businesses to reopen.

Experts however have expressed concerns that the decision to reopen the economy might be premature considering that the number of new infections are showing no signs of slowing down.