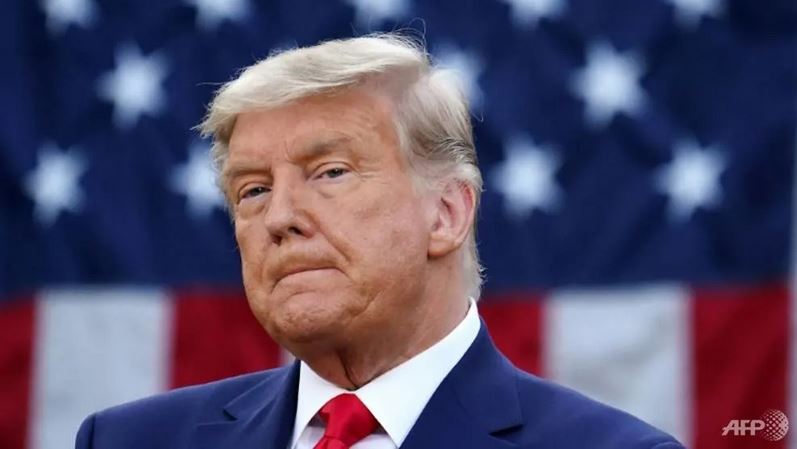 United States President Donald Trump has yet to concede defeat in the Nov 3 election, but has agreed to the release of resources to start a transition. (File photo: AFP/Mandel Ngan)
TOKYO - Agencies

Tokyo markets were closed on Monday for a national holiday, so the Tuesday rise was partly expected after Monday's positive vaccine news and rises on other bourses worldwide.

Australia's S&P/ASX 200 was 1.1 per cent stronger, touching its highest level in almost nine months, with energy stocks leading the pack.

Chinese blue-chips and Hong Kong's Hang Seng were outliers, however, edging down 0.75 per cent and 0.08 per cent respectively.

"The power vacuum in Washington looks to be sucking less life out of the markets after the General Service Administration (GSA) gave the nod to Biden as the apparent winner of the US election," said Stephen Innes, chief global markets strategist at Axi, in a note.

Shortly before the opening bell in Tokyo, Trump tweeted that the GSA should start releasing federal funds and resources to start a transition, ending major uncertainty, although Trump has yet to concede defeat in the election.

"Nevertheless, in the best interest of our Country, I am recommending that (GSA administrator) Emily (Murphy) and her team do what needs to be done with regard to initial protocols, and have told my team to do the same," Trump tweeted.

The Tokyo market was already gearing up for a strong open as it returned to action after a three-day weekend, during which international markets surged on positive news about vaccines.

International investors have cheered news that British drugs group AstraZeneca and the University of Oxford will seek regulatory approval for their coronavirus vaccine, following similar announcements on the Pfizer-BioNTech and Moderna vaccines.

US crude advanced 0.14 per cent to US$43.12 per barrel and Brent was at US$46.10, up 0.09 per cent on Tuesday, while an index of commodity prices touched its highest level since early March.

The yield on the benchmark 10-year notes rose slightly to 0.8684 per cent.

Tokyo players also welcomed the rebound of the US dollar.

Okasan Online Securities said in a note to clients: "The Tokyo market was likely to see a technical rebound as investors were expected to cheer gains on US shares as well as the depreciation of the yen (to the dollar) around the 104-level."

Players in Tokyo will be eyeing a two-day visit to Japan by Chinese foreign minister Wang Yi, as the two Asian giants conduct delicate diplomatic exchanges.

Japan and China recently signed a major Asia-wide free-trade agreement called RCEP, boosting China's economic influence. But their relations are heavily influenced by tensions between China and the US.

In Tokyo early trading, exporters benefitted as the yen headed lower, including the auto sector.