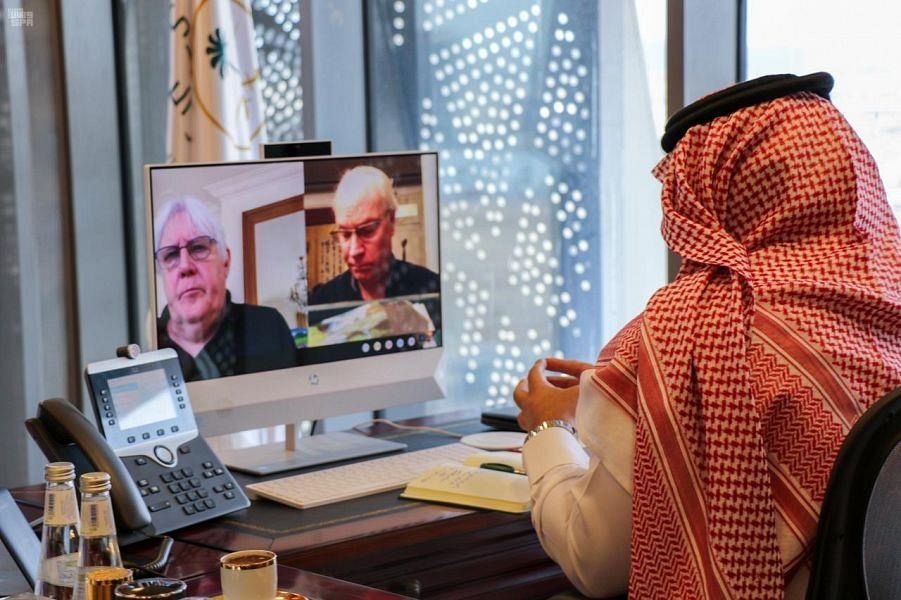 During the meeting, the two sides reviewed the Houthi militias' attacks on the civilian facilities in the Kingdom in addition to the Houthi attacks on Marib in light of the international calls for peace.