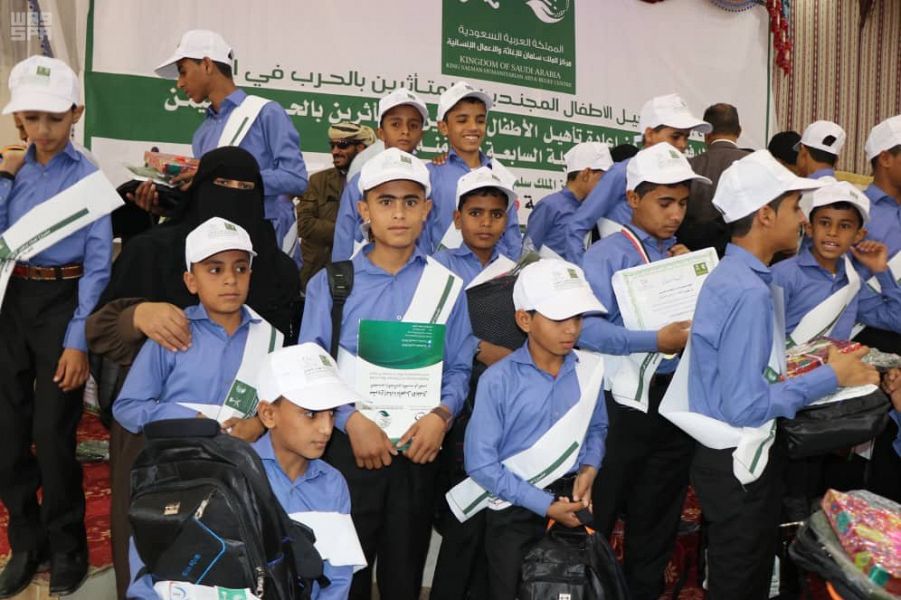 King Salman Humanitarian Aid and Relief Center held a graduation ceremony for the first batch of the 7th and 8th phases of rehabilitation project of child soldiers in Yemen.

The center celebrated the rehabilitation of 27 children psychologically, socially and educationally for one month by psychologists and social workers.

Undersecretary Governor of Marib governorate, Sheikh Abdullah Al-Bakri extended thanks to KSrelief for this humanitarian gesture, pointing that it is part of the Center's efforts in Yemen to free children from the effects of forced recruitment.

It is worth mentioning that this course is the 11th of the project, which was launched in August 2017, within the Center's plan to rehabilitate 2000 Yemeni children. 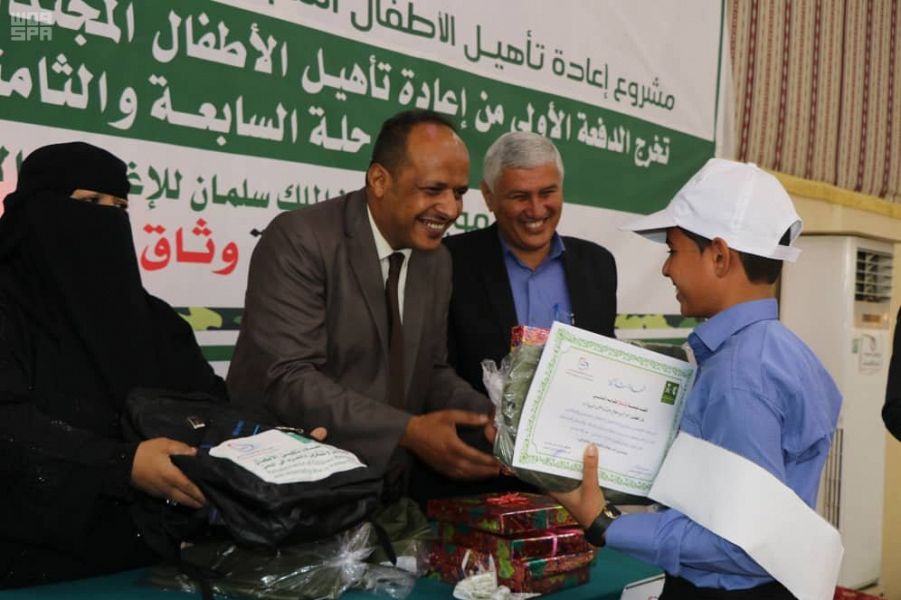 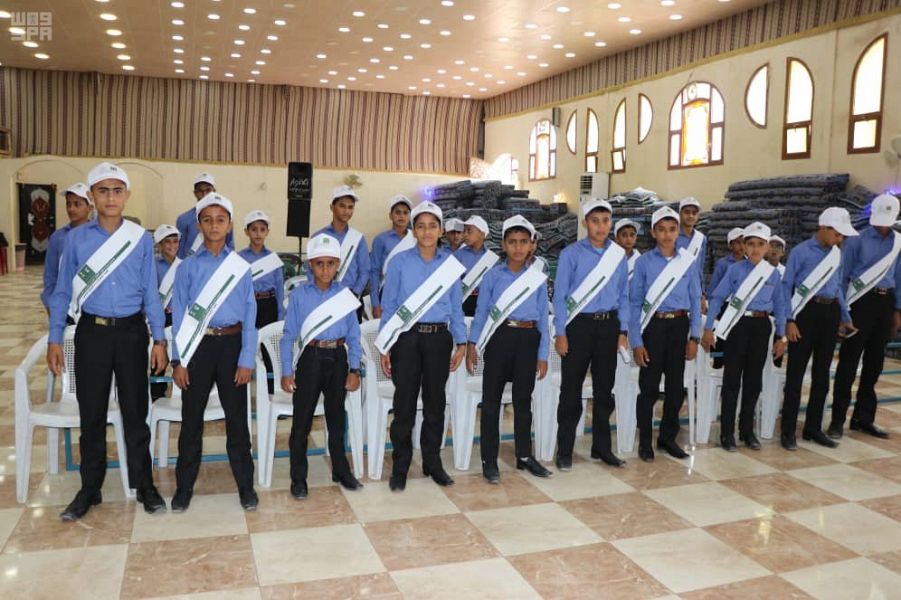