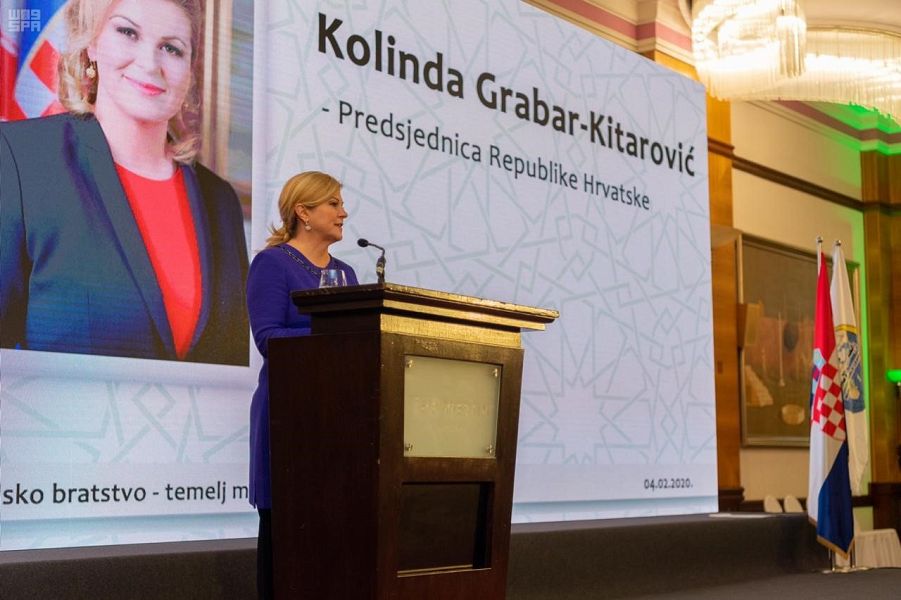 The international conference, themed “Human Fraternity ... to promote security and peace” and organized by the MWL in the Croatian capital, Zagreb under the auspices of and attendance of President of the Republic of Croatia Mrs. Kolinda Grabar-Kitarović, stressed the importance of promoting the values of human brotherhood as the most important pillars for achieving peace and social harmony in the whole world. The conference called for enacting the necessary legislation and regulations to criminalize all methods and practices of hatred, racism, marginalization and exclusion as a crime against humanity, homeland, the individual and the community. It also called for the establishment of a global center for civilized communication, to be based in Zagreb. This center represents a bridge for communication, dialogue, understanding and cooperation among all components of human community. It is also a place for initiatives related to promoting human and societal values.

The President of Croatia launched the events of the international conference organized by the MWL in collaboration with the Islamic Body and Catholic Diocese in Croatia together with an official representation from the Vatican State including the Pontifical Council for Interreligious Dialogue. The inauguration was attended by the Prime Minister, Speaker of Parliament, a number of Croatian ministers, parliamentarians and staff of the army and mayor of the capital together with some senior political, intellectual and religious leaders around the world as well as Imams and representatives of Islamic associations in the “Balkan countries” and high-ranking religious scholars from different religions.

The Croatian President and Secretary-General of the MWL Sheikh Dr. Muhammad bin Abdul Karim Al-Issa were honored for their strenuous efforts in boosting and promoting tolerance and peace. The honor was in the presence of the Vice-President of the European Commission that delivered a word during the conference.

Delivering a speech during the conference, the Croatian President said: “It is a particular honor for me to sponsor a conference themed “Human Fraternity”. It is an initiative launched by the MWL in collaboration with the Islamic Body and Catholic Diocese in Croatia. This initiative is an important opportunity for us to establish peace and tolerance in the entire world.” She also added that Allah the Almighty created us diversified in our cultures, religions, races and others, so that we can cooperate in the service of humanity. On the basis of this human unity that Allah wanted, the suffering of man is a suffering for all humanity.

President of the Republic of Croatia Mrs. Kolinda Grabar-Kitarović praised the positive Islamic presence in Croatia, confirming that this Islamic presence demonstrated at all stages that it belongs to the Croatian National Service regardless the national affiliation. She also called for promoting values of dialogue and respect in our communities so that they do not turn into isolated islands driven by materialism, absence of conscience and selfishness. She concluded her speech by saying: “Allah does not ask us the impossible, but to serve other as we serve ourselves.” 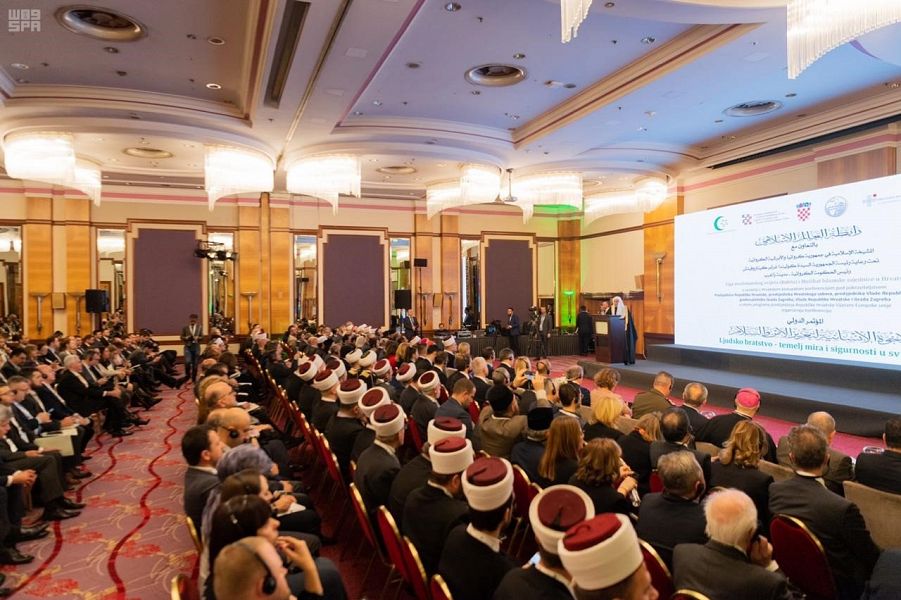 For his part, Sheikh Dr. Muhammad Al-Issa called for adopting the values of human brotherhood that cancel all negative barriers and bridge their gaps. These human values build bridges, facilitate dialogue understanding and cooperation and strengthen our resolve to solve our problems. He also stressed that humanity has common values that are sufficient for establishing peace and harmony in today's world. He also underscored that the denominators of love, coexistence and tolerance become closer, stronger and more responsible when they are a national denominator together with the strength and importance of our human denominator in general.

Dr. Al-Issa confirmed that today's world would be more aware if it benefited from the sermon of the history that invites it to the option of wisdom incarnated in the positive and effective dialogue in all topics together with working continuously on fostering mutual respect and activating values of love, forgiveness and tolerance. Dr. Al-Issa added: “Our human diversity should be in its positive framework to become a source of great and comprehensive enrichment.” He also pointed out that the civilized countries are proud of their diversity which strengthens and increases their identity. These countries should be cautious against any interference targeting any of their national components under the pretext of religious or ethnic reasons.

Dr. Al-Issa pointed out that the MWL, in the name of thousands of Muslim scholars and thinkers and all Islamic peoples, are keen on banning the exportation the religious fatwas because each country has its own conditions and nature that differ from other countries’. He also stressed the necessity of respecting the constitutions, laws and culture of the countries in which Muslims live or reside and the religious privacy is made in accordance with legal procedures. Dr. Al-Issa also touched on “The initiative of friendship and cooperation among nations and peoples ... for a more understanding and peaceful world, and more harmonious and integrated communities”. Dr. Al-Issa said: “It is important that religious leaders not only address the spirit and the passion, but address the “logic and reality” as well.

Dr. Al-Issa concluded his speech by extending gratitude for the President of the Republic of Croatia who sponsored and spoke to this conference. He also thanked the Prime Minister, Speaker of the Parliament, the European Commission and the Mayor of Zagreb together with all senior political, religious, intellectual, academic figures.

For his part, Speaker of the Croatian Parliament, Gordan Jandroković, lauded the MWL and its partners for their initiative in holding this conference that promotes shared human values. He also stressed that human fraternity calls for love, peace and the best for all and our unity achieves the welfare of humanity and confronts hatred, extremism and violence. Gordon also said: “We in Croatia are among the first countries that organized their relationship with Muslims.”

In addition, Prime Minister of Croatia Mr. Andrea Blinkovic stressed the importance of the conference organized by the Muslim World League and its partners. It represents an important opportunity to share the values, principles and knowledge that foster our brotherhood, our humane partnerships and our global peace.

For his part, mayor of Zagreb, Mr. Milan Bandic, said: “When I read Makkah Charter, I found it focusing on the fact that the family is the origin of humanity and attacking it is one of the biggest challenges of our present and future. It is a truth we emphasize on.

Head of Croatia’s Islamic Body Sheikh Dr. Aziz Hassanovic also stressed that the Muslim World League is committed to its global responsibility to establish peace. He also praised the arduous efforts exerted in confronting all forms of conflict, extremism and contempt of religions from any party.

Egypt’s Grand Mufti Dr. Shawky Allam stressed that the conference comes at a very important time when the whole world is going through many challenges that require the cooperation of all religions to deal with them. He also stressed that we are one family and there is no chance to live in isolation or segregation.

The conference concluded its events with the Zagreb Declaration that called upon effective and influential institutions in the international community and the national interior to promote the concepts of human and national brotherhood. Declaration also called on religious leaders to make an effective contribution to addressing negative phenomena tampering with international and community peace and security. The conference also called for promoting the values of societal justice, respecting religious, cultural and ethnic diversity, and rejecting exclusion and marginalization. The conference also called upon the partners of the one nation to enhance confidence among its various components, and support the principle of “unity in diversity”

The conference also called for empowering women by promoting their full role and fair equality between the woman and man as this is a legitimate right that supports the true concept of the meaning of human fraternity with her active partnerships.