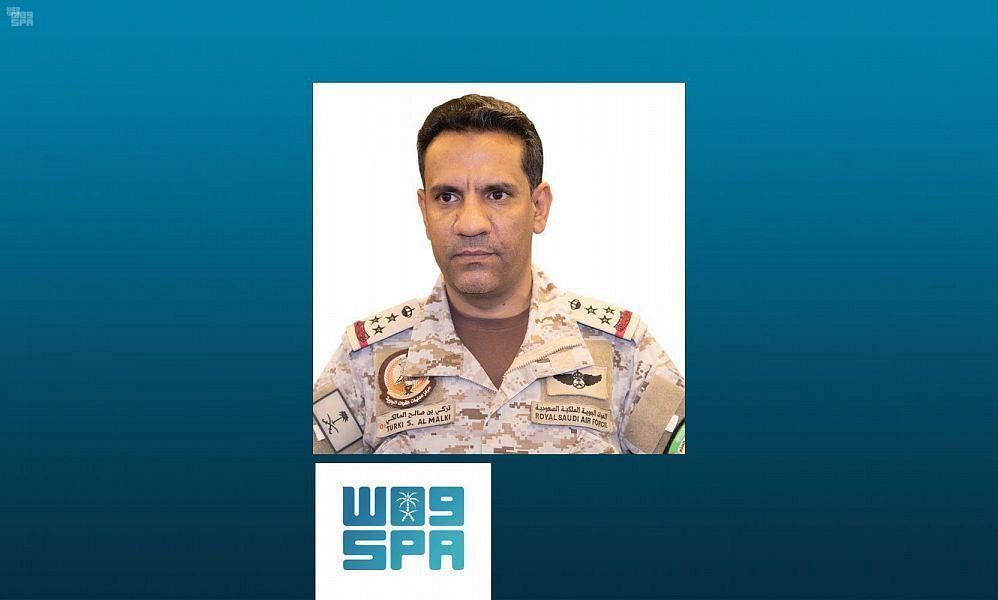 “Joint Coalition Forces have intercepted and destroyed this morning (Thursday) a bomb-laden UAV launched systematically and deliberately by the terrorist Houthi militia to target civilians and civilian objects in ( Khamis Mushait ).

The Joint Forces Command of the Coalition will continue to implement all necessary operational procedures to safeguard civilians and civilian objects in accordance with the customary International Humanitarian Law.”