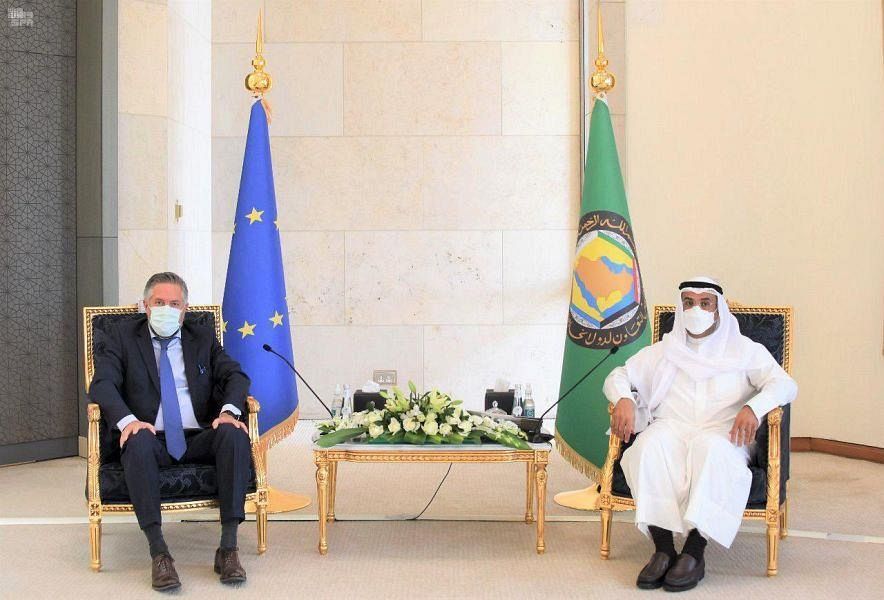 Secretary General of the Gulf Cooperation Council (GCC) Dr. Nayef Falah Mubarak Al-Hajraf received here today the ambassadors of the European Union (UN) to the Kingdom of Saudi Arabia.
During the meeting, the GCC and the EU affirmed the importance of relations between the two sides.
For his part, the GCC Secretary General stressed the pivotal and important role that the GCC plays in promoting regional and international security and peace, pointing out that the region faces a number of challenges in Yemen, Iraq, Syria, Lebanon and others. He asserted the importance of concerted efforts of the international community towards facing these challenges.
Dr. Al-Hajraf also reviewed the GCC efforts to support security and stability in Yemen, calling on the UN and the international community to urge the Houthi terrorist group joining the peace process and stopping the attacks on Marib and Saudi Arabia.
The GCC Secretary General affirmed the importance of continuing cooperation between the GCC and the UN to serve security and stability, support the development efforts, address the challenges and seize common opportunities in all fields.