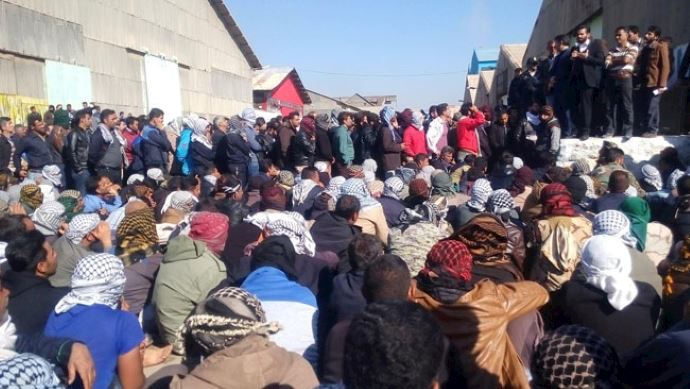 Aftermath of UNGA for Iran, more Universal Isolation and Split Inside

The mullahs’ Supreme Leader Ali Khamenei hoped that his ruling circle is able to use UN general assembly for outreach, to force the U.S. to back down from its maximum pressure campaign and render some economic relief for his suffocating finances.

However, it appears that the UN general assembly has created more global isolation outside, and more rifts and disorder inside his own regime.

In his speech at the U.N. on Tuesday, Trump reserved his harshest words for Iran, calling it "one of the greatest threats" to the planet.

"All nations have a duty to act. No  responsible government should subsidize Iran's bloodlust," he said, accusing Iran of fueling the wars in Syria and Yemen. 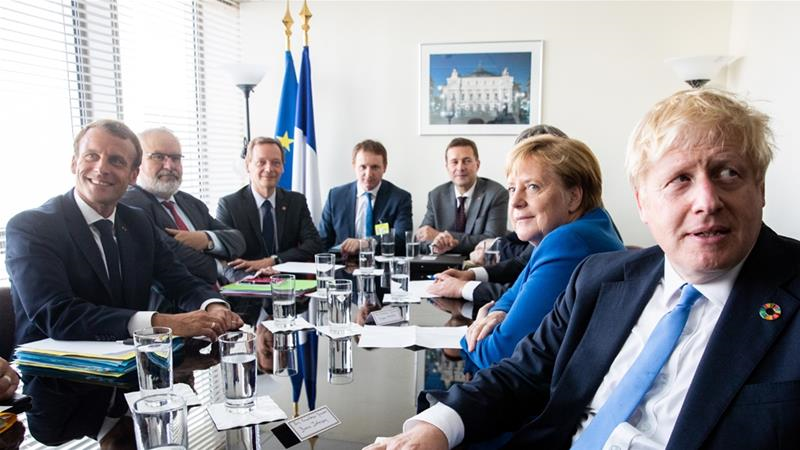 A day earlier, Britain, France, and Germany joined the United States in blaming Iran for the Sep. 14 attack, "It is clear for us that Iran bears responsibility for this attack. There is no other plausible explanation," "The time has come for Iran to accept negotiation on a long-term framework for its nuclear program as well as on issues related to regional security, including its missiles program and other means of delivery,". The three leaders said in a joint statement released by France.

a few blocks from where Rouhani was speaking at the United Nations’ headquarters.", U.S. Secretary of State Mike Pompeo announced additional U.S. sanctions targeting Iran’s ability to sell its oil, this time imposing penalties on six Chinese companies and their chief executives for continuing to transport Iranian crude. 'We’re telling China and all nations; know that we will sanction every violation of sanctionable activity,'

While diplomatic talks are taking place quietly in different corners of the city, a loud and lively demonstration drew several hundred people to denounce Iran's government just blocks away from the U.N. headquarters. The rally's organizers, the Organization of Iranian American Communities insisted several thousand people took part in the protest.

"I am speaking in my individual capacity. I am for regime change. Down with the tyrants in Iran. Down with the ayatollah and the mullahs and all the crooks," Giuliani said.

Iranian opposition leader Maryam Rajavi said in a message to the rally: "Your gathering in New York is a resounding 'No!' to the policy of appeasement, to the policy of buying chances for a moribund regime, and to the policy of inaction toward a regime that preserves its power through warmongering, terrorism, and suppression." 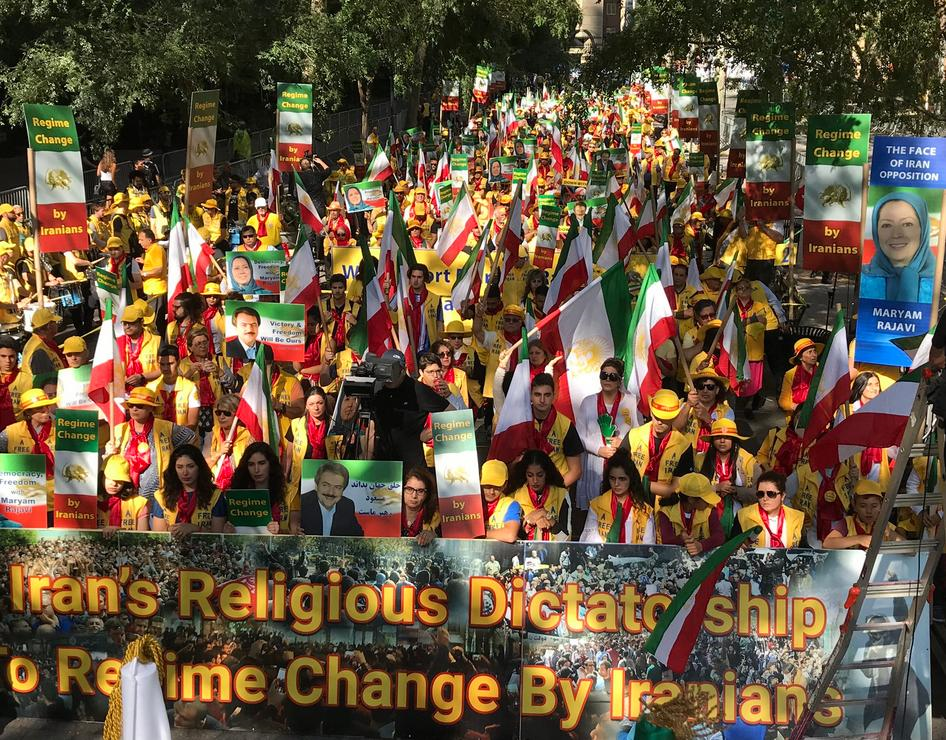 As a result, Khamenei received heavy blows from UNGA.  Iran's attack on Saudi oil facilities was a strategic mistake by the Khamenei. On Tuesday in a meeting with the members of the Assembly of Experts, Ali Khamenei, attacked European states for not having helped his regime out of its current ordeal.

In his remarks, Khamenei said, “[The Europeans] do not have the same capabilities, hegemony, and facilities [as the U.S.]; but, the mentality of the European leaders are the same as that of the U.S. officials. They enter the scene as mediators, they negotiate, contact, make calls, make lengthy speeches, and make commitments, but they are not truthful.”

Khamenei also lamented that the Europeans have in effect “adhered to the U.S.'s cruel secondary sanctions and did not take any steps.”

Meanwhile, Khamenei revealed his desperate need to garner support from European countries and avoid total isolation from the international community by saying, “One point about Europe and the foreign policy affairs is that we have not closed the door for establishing relations and negotiating with any country in the world, apart from the Zionist Regime and the U.S. We are indeed busy working and endeavoring.” 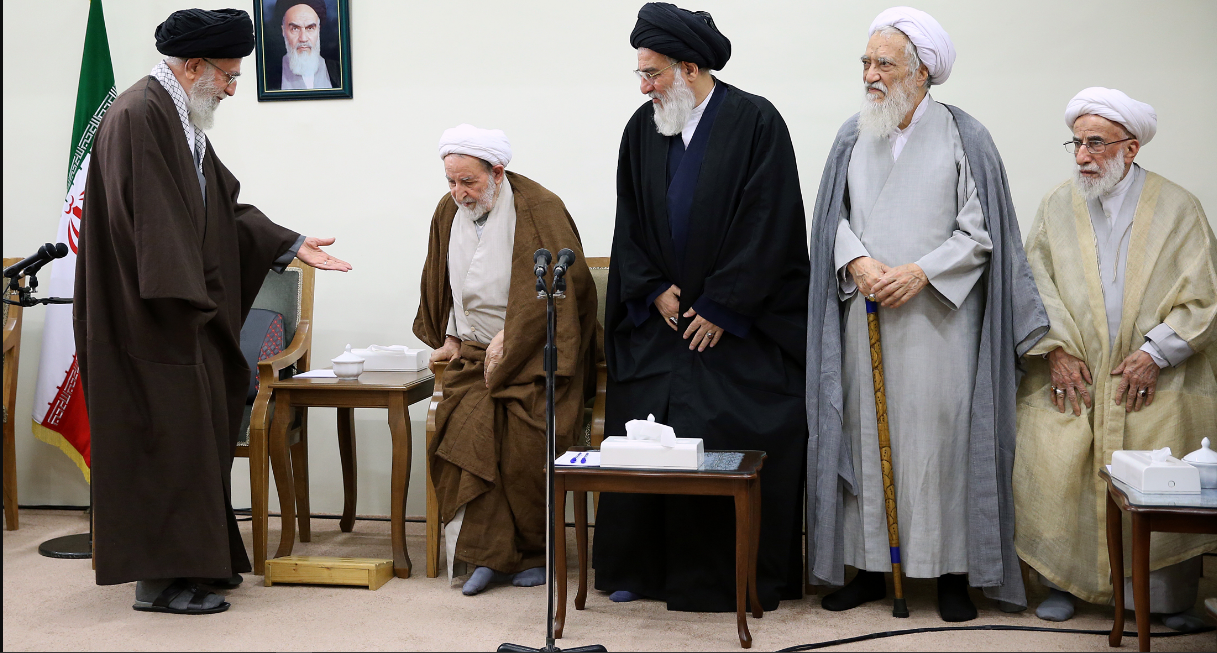 In the meantime, protest and demonstration escalated in many cities in Iran.   On Friday, the workers of Haft Tapeh Sugar Cane Mill continued their strike in support of their fired coworkers despite the heavy presence of the Iranian regime’s security forces. Located in Khuzestan, Haft Tapeh is Iran’s largest producer of sugar.

The workers of Haft Tapeh started their strike after the company’s managers refrained from renewing the contract of 20 workers at the factory. The protesting workers also demand the payment of their delayed wages. Since Monday, when the strikes began, the Iranian regime has dispatched security forces to cause fear and prevent the strikes and protests from expanding.