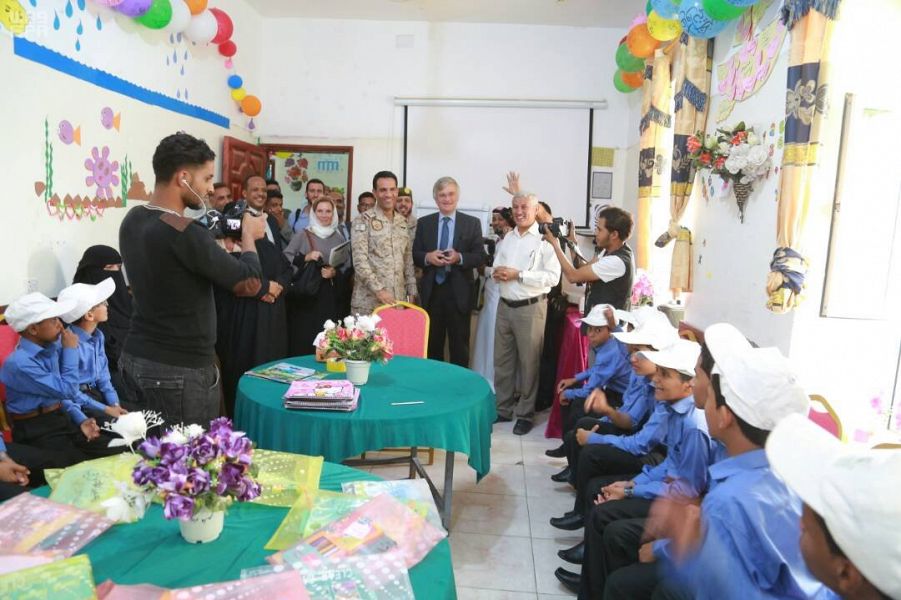 Representative of Sweden to Yemen is impressed by rehabilitation center for recruited children in Marib, funded by KSrelief

The Representative of Sweden to Yemen Peter Semneby has expressed his admiration for the message of the Center for Rehabilitation of Children Recruited and Affected by the Crisis in Yemen funded by King Salman Humanitarian Aid and Relief Center (KSrelief).

This came during his visit to the Center today in the city of Marib accompanied by the official spokesman of the Coalition To Restore Legitimacy in Yemen Colonel Turki Al-Maliki.

It is noteworthy that KSrelief is carrying out the seventh and eighth phases of the project aiming to rehabilitate 80 children, as 241 recruited children and affected by the war have already been rehabilitated from several Yemeni governorates in the previous stages.