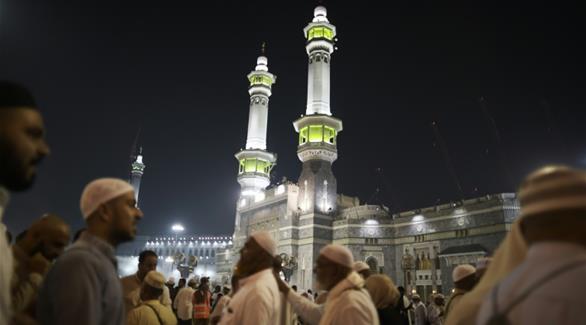 The Saudi government is covering all the pilgrims' expenses of travel, accommodation, meals and healthcare.

In order to eliminate the transmission of Covid-19 virus among the pilgrims, as few as 1,000 people already residing in Saudi Arabia were selected to take part in the hajj this year. Among those, two-thirds are foreign residents representing the 160 different nationalities that would have normally been represented at the hajj, and  one-third are Saudi security personnel and medical staff.

Those people were chosen after applying through an online portal, and meeting the required conditions:

2- with no terminal illnesses, and

3- showing no symptoms of the virus.  Preference was given to those who have not performed the hajj before.

Many steps are taken by the Saudi government to make the haj this year to mitigate transmission of corona virus among pilgrims. For example:

• Pilgrims have also been given their own prayer rugs and special attire to wear during the hajj laced with silver nano technology that Saudi authorities say helps kill bacteria and makes clothes water resistant.

• They were also provided with umbrellas to shield them from the sun, towels, soaps, sanitizers and other essentials

• The were given online sessions in different language about what to expect on the hajj and the regulations in place.

• They are told quarantine for a week after the hajj concludes on Sunday.

Hence, Ammar Khaled, a 29-year-old Indian pilgrim who was born and raised in Saudi Arabia and interviewed by Haaretz news paper in its report about the haj "In in Saudi Arabia , a Very Different, Symbolic Hajj Amid the Pandemic ", said:  “Words aren't enough to explain how blessed I feel and how amazing the arrangements have been, they have taken every possible precaution."