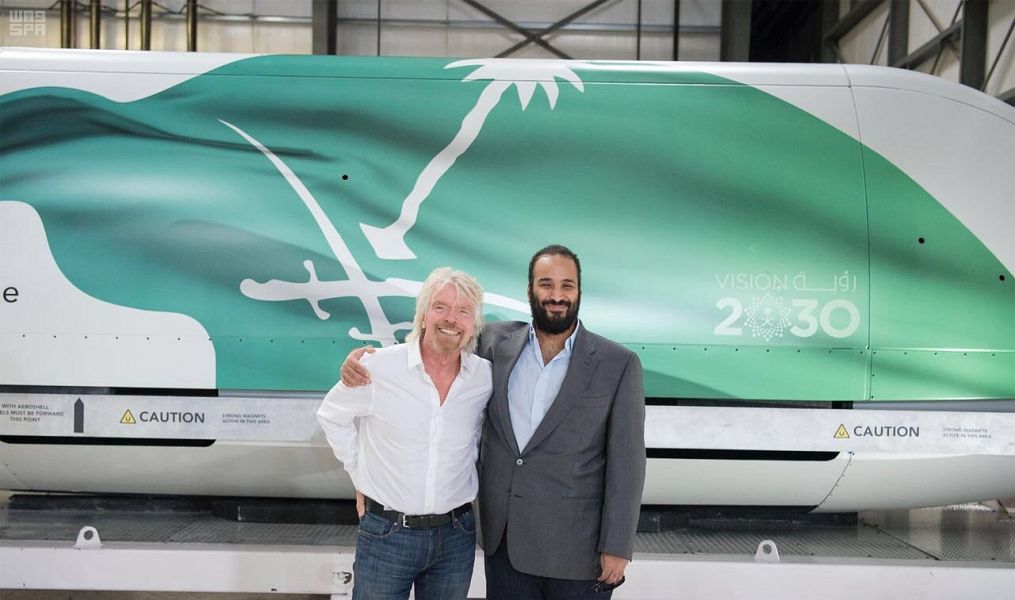 His Royal Highness Prince Mohammed bin Salman bin Abdulaziz, Crown Prince, Vice President of the Council of Ministers and Minister of Defense of the Kingdom of Saudi Arabia has paid a visit to Virgin Galactic Company and Mojave Air and Space Port in California.

Upon his arrival at the venue, HRH Crown Prince was received by the founder of Virgin Group, Chairman of the Board of Directors of Virgin Galactic Richard Branson and the Chief Executive Officers of several Group's subsidiaries.

During the visit, HRH Crown Prince was briefed on the progress achieved by Virgin Galactic and its plan to launch the first spacecraft to monitor the Earth planet and he also watched latest advanced technologies in this regard, in addition, Branson introduced the high-speed Hyperloop transportation system that connects cities and shortens distances, and for the first time, Virgin Galactic unveiled new and unique aircraft fuel compartments, as well as a presentation on spacecraft that will enter commercial services.

During the visit, they also reviewed the areas of existing investment partnership, ways of developing them especially in space services, opportunities for deepening cooperation in modern technologies through research, manufacturing, and training Saudi youths, and transforming the Kingdom of Saudi Arabia from a consumer to a producer of technology.

During the visit, HRH Crown Prince was accompanied by Prince Khalid bin Salman bin Abdulaziz, Saudi Ambassador to the United States of America, and members of the official delegation accompanying HRH Crown Prince.

HRH Crown Prince has left Seattle earlier for Los Angeles within the framework of his current visit to the United States of America. 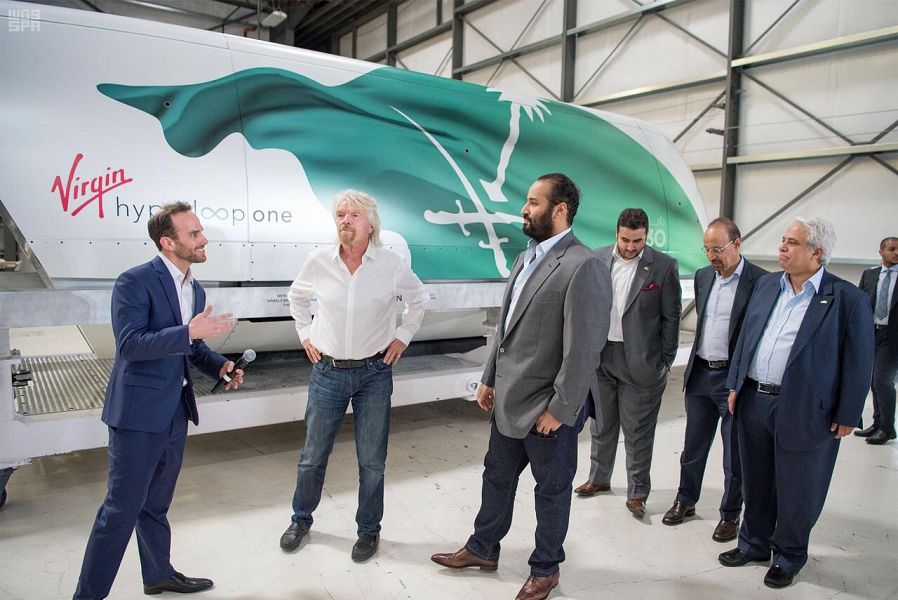 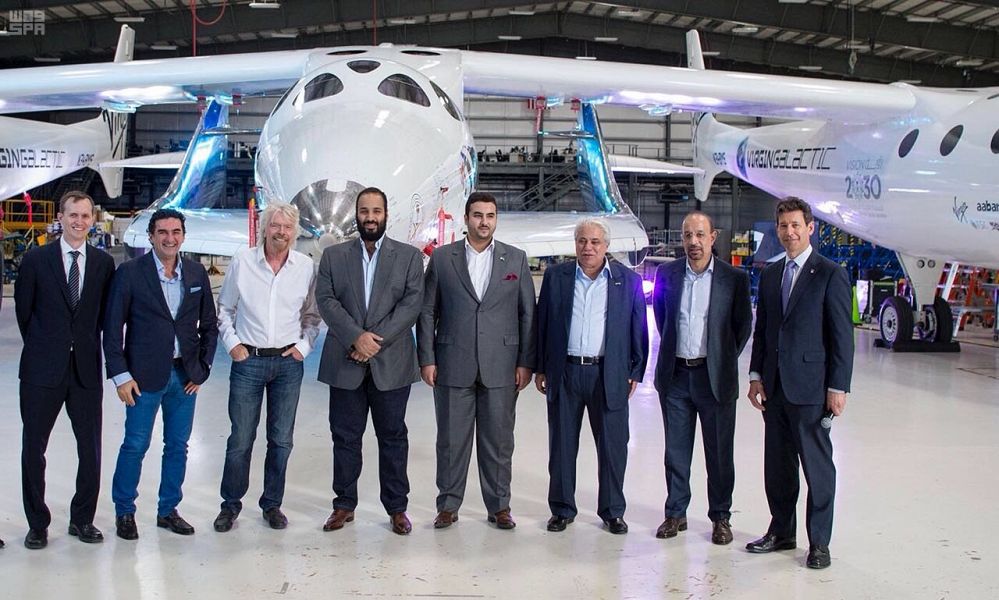 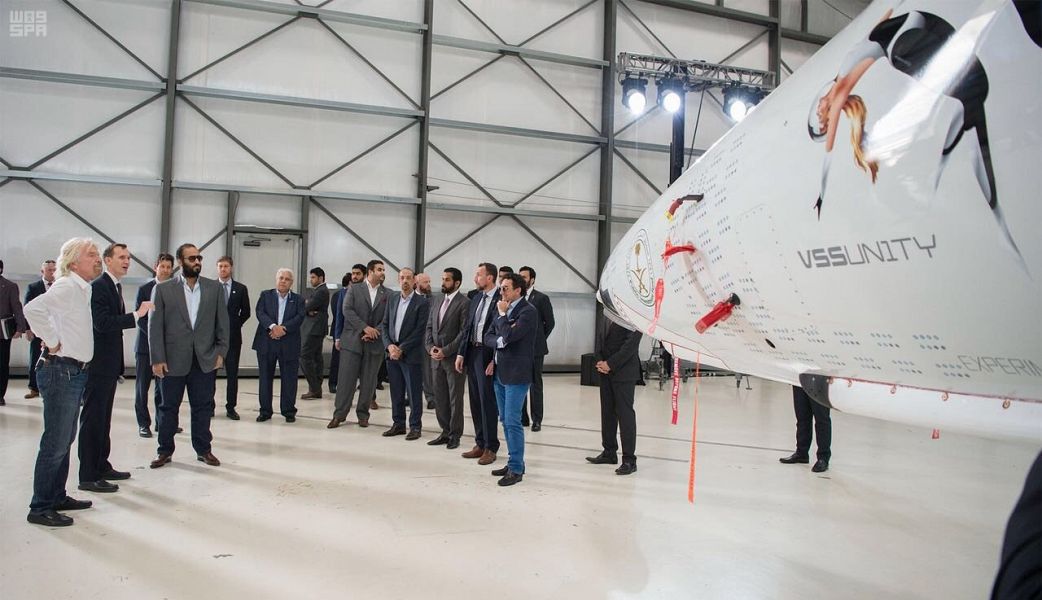 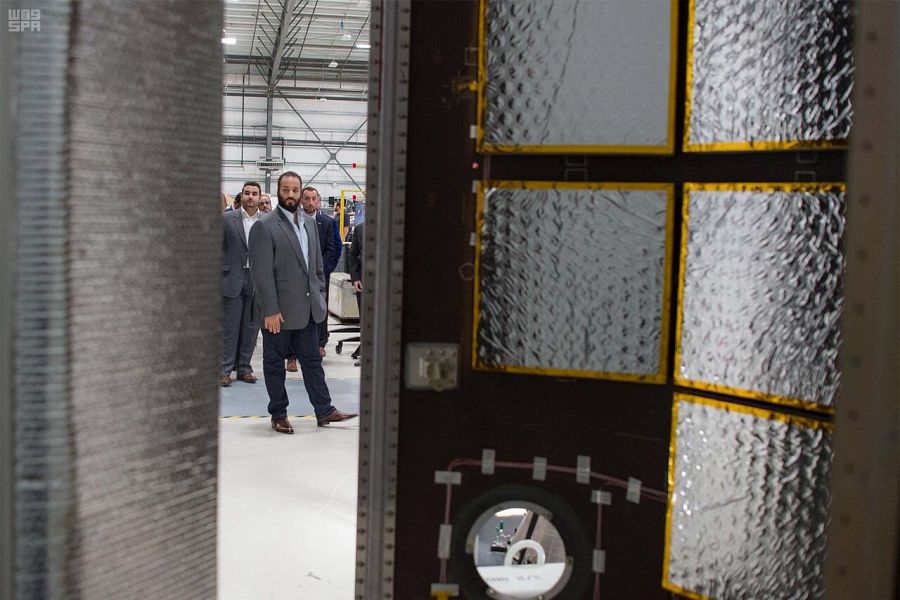 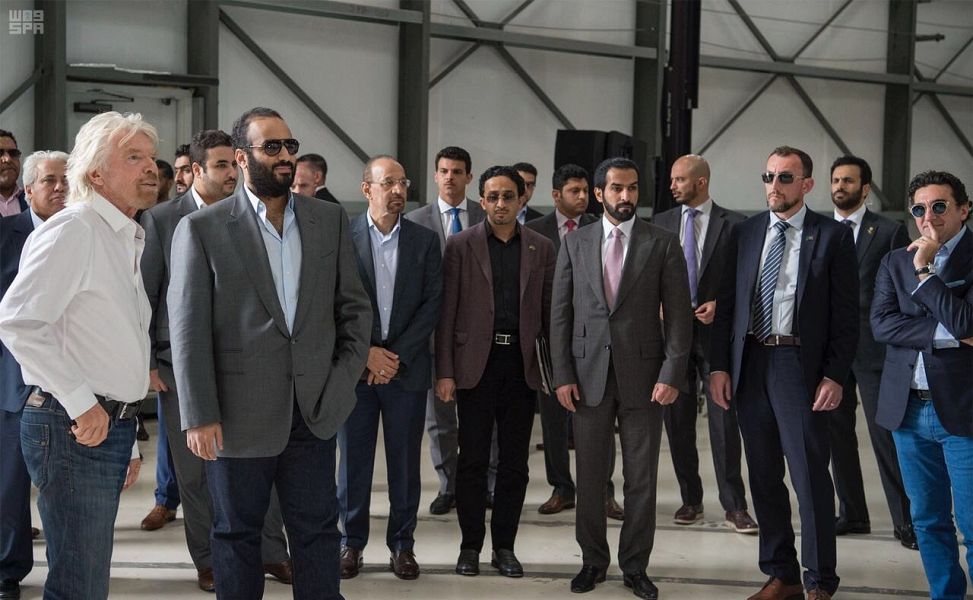 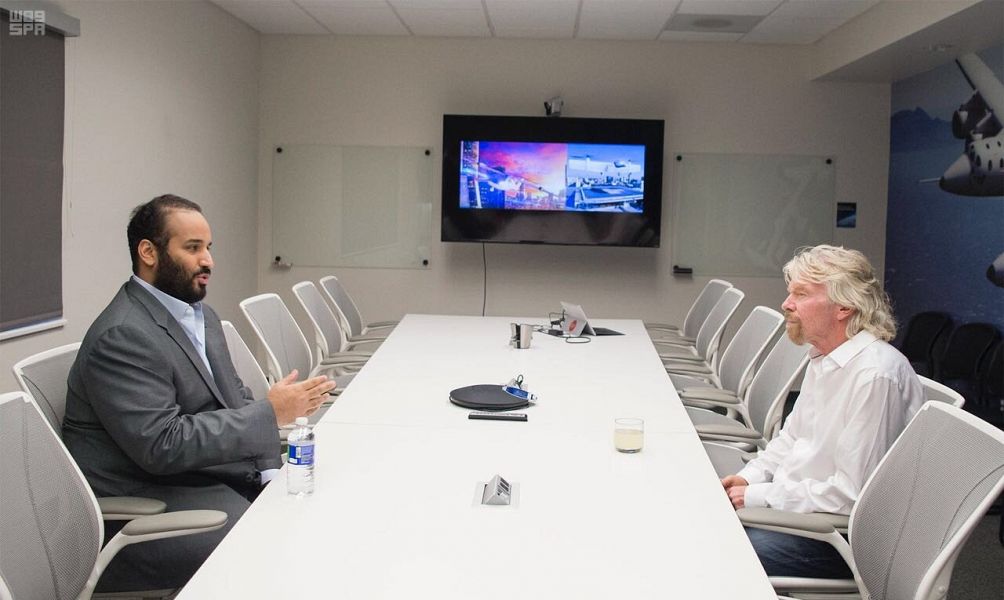 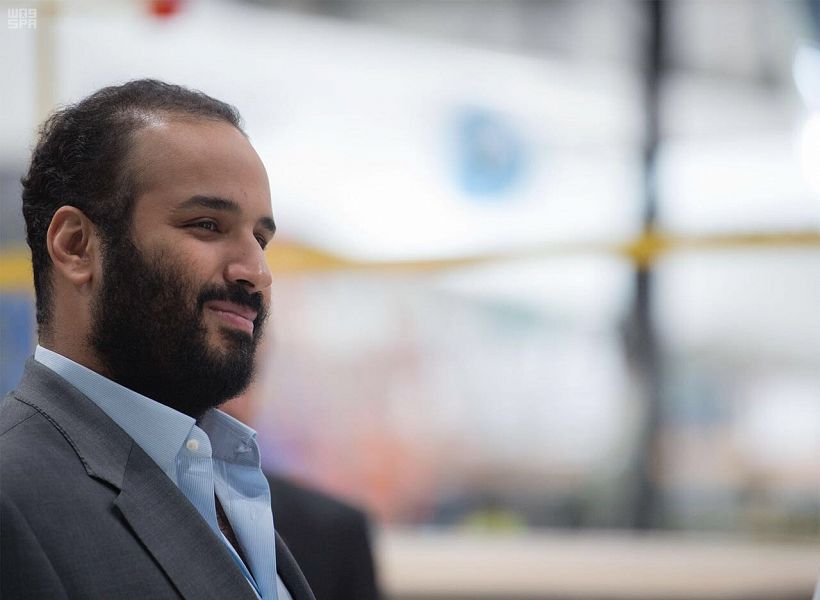 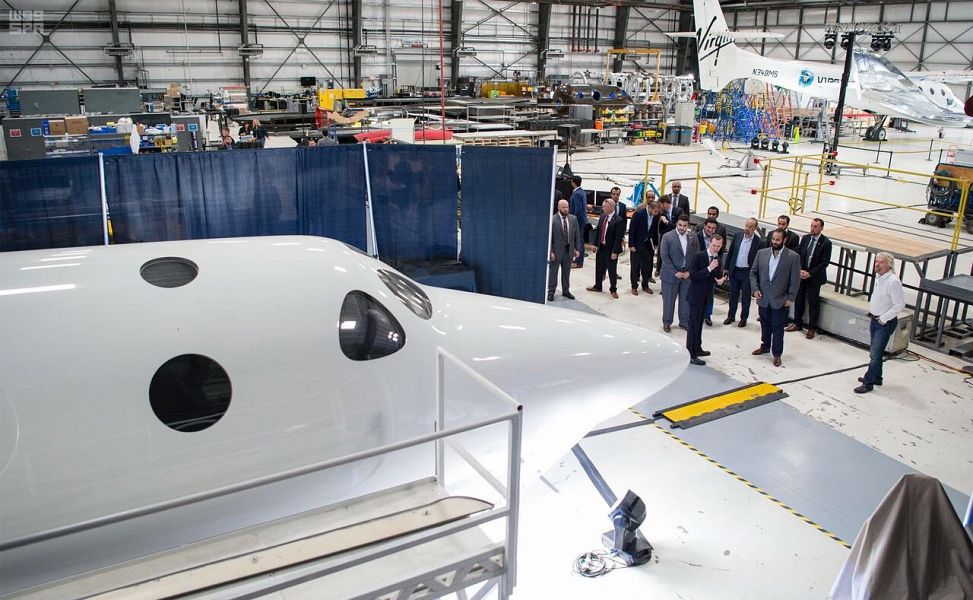 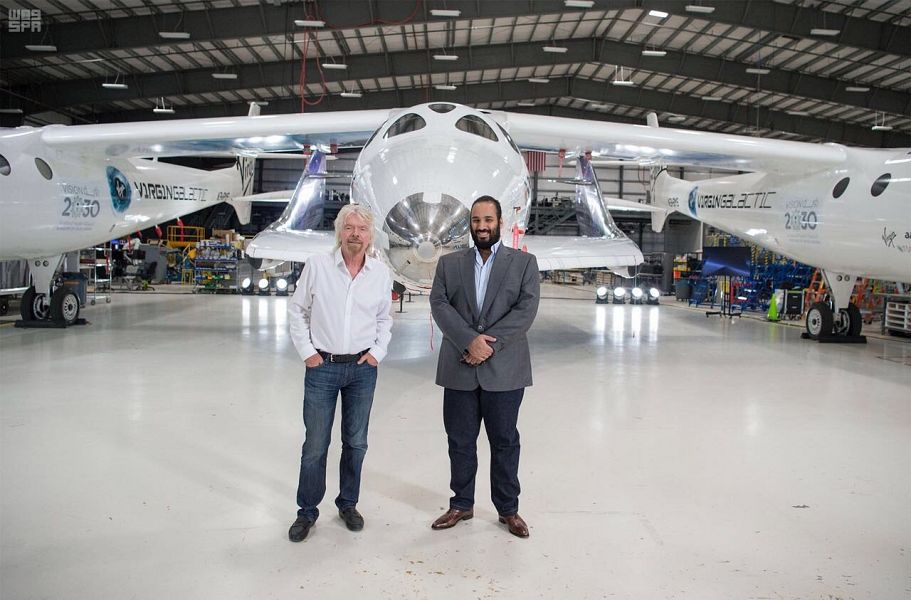 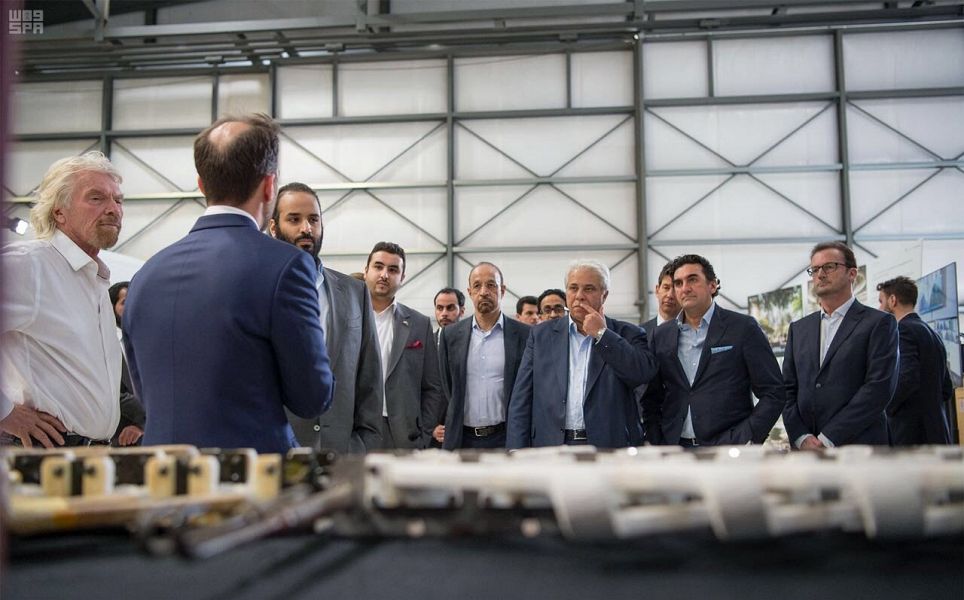 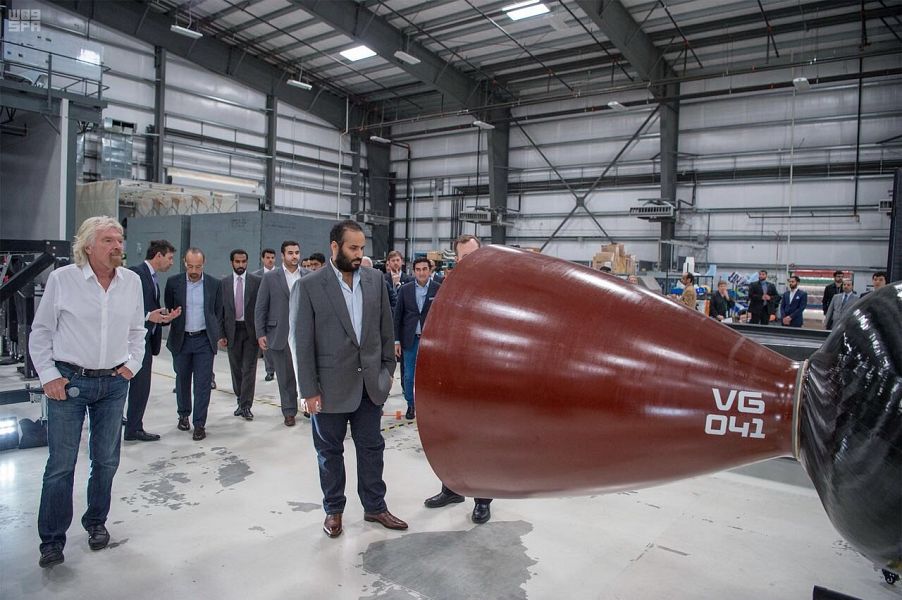 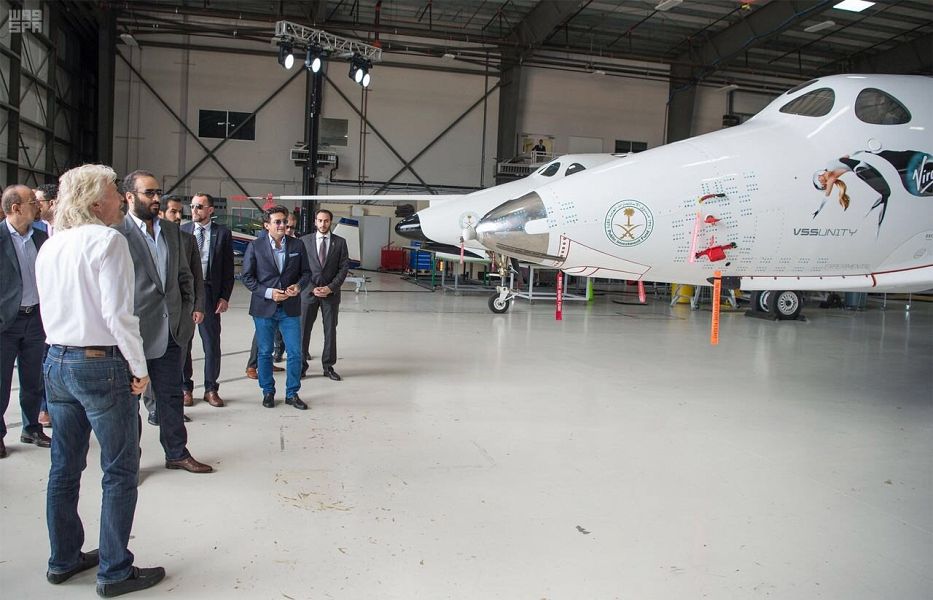 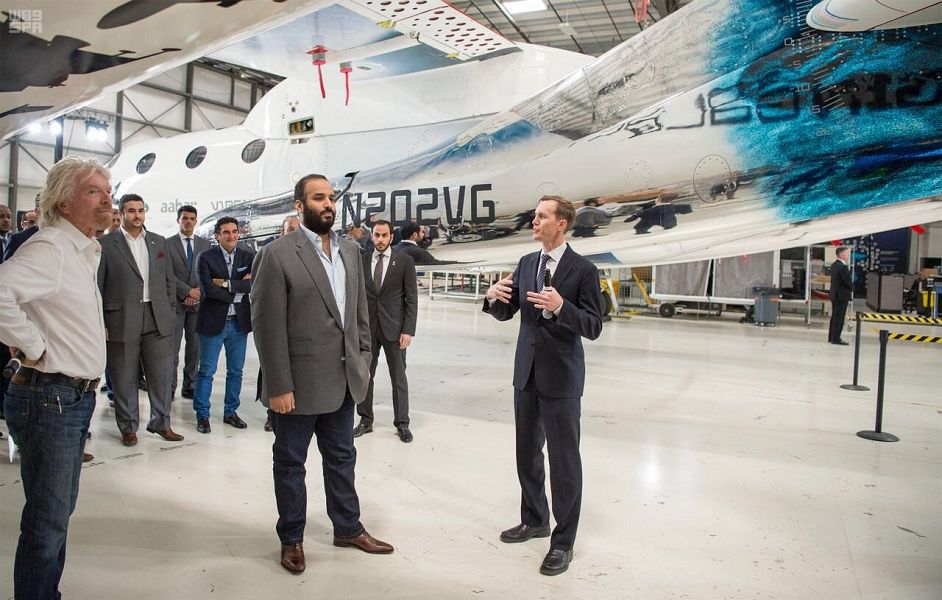 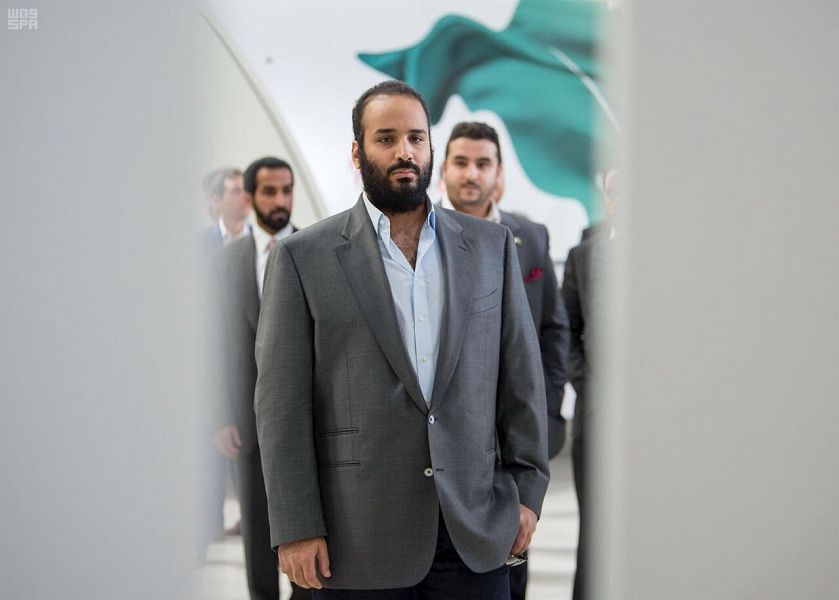