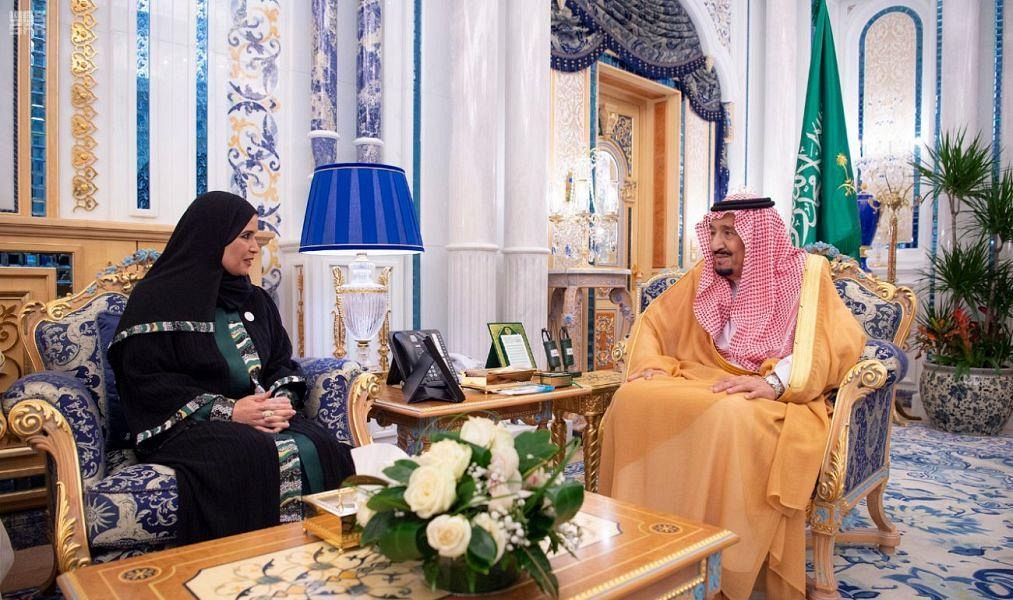 The Custodian of the Two Holy Mosques King Salman bin Abdulaziz Al Saud received at Al-Salam Palace in Jeddah today the Speaker of the Federal National Council of the United Arab Emirates Dr. Amal bint Abdullah Al-Qubaisi, accompanied by a number of members of the Council.

During the meeting, they reviewed close relations between the two countries and the aspects of cooperation between the Shura Council and the UAE Federal National Council.