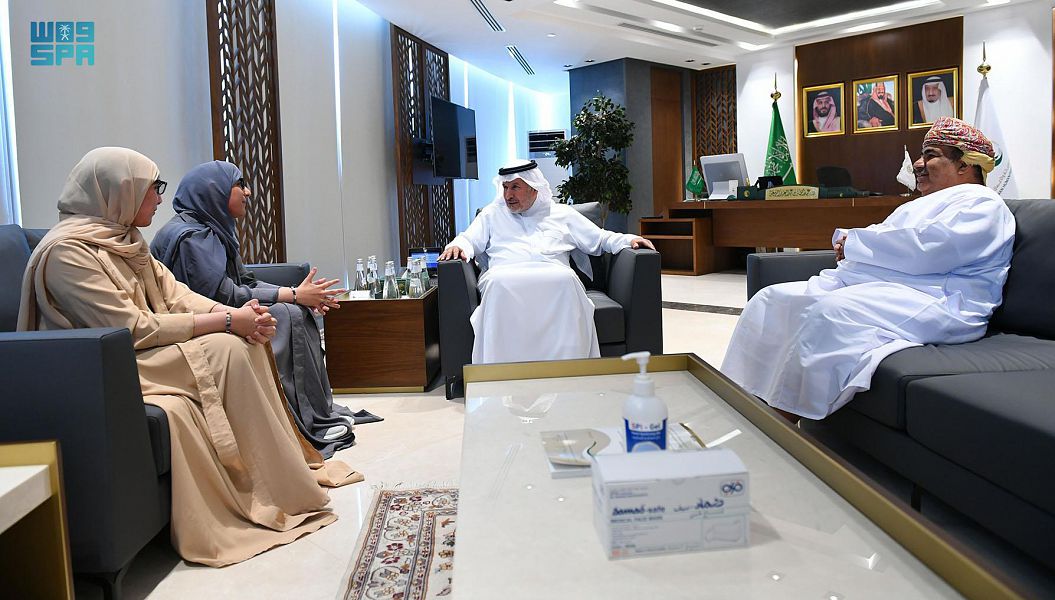 Advisor at the Royal Court and Supervisor General of King Salman Humanitarian Aid and Relief Center (KSrelief) Dr. Abdullah bin Abdulaziz Al Rabeeah, met at the center’s headquarters in Riyadh yesterday, the Omani Siamese twins Safa and Marwa Mohammed bin Nasser Al-Jardani and their parents, who underwent successful surgery to separate adhesions in the skull, brain membrane and intervening veins at King Abdulaziz Medical City in the National Guard in Riyadh in 2007.

Dr. Al Rabeeah stressed that the high international status reached by the Saudi program for separating conjoined twins would not have been realized without the unlimited support and attention of the wise leadership, adding that the Kingdom has become specialized in performing complex surgical operations due to its human capabilities and advanced technology that made it a destination for treatment from inside or outside the Kingdom. Dr. Al Rabeeah noted that the program reflects the Kingdom’s humanitarian responsibility to relieve human suffering.

The parents of the Omani twins expressed their appreciation to the Kingdom's government and the Saudi people for harnessing the necessary efforts to conduct the separation and treatment of their two children, stressing that this gesture had a great impact on their lives.