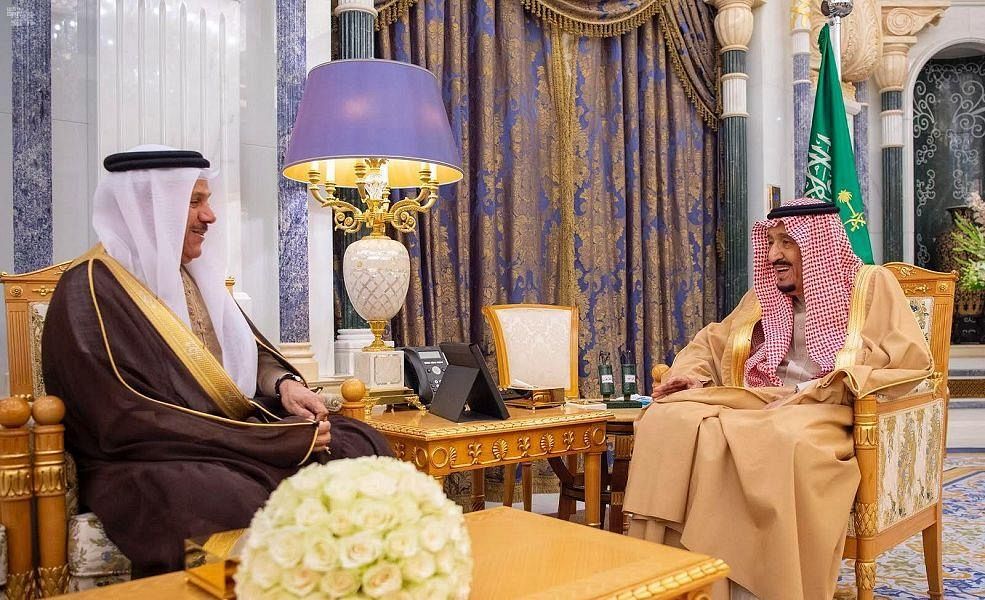 The Custodian of the Two Holy Mosques King Salman bin Abdulaziz Al Saud received today the Secretary General of the Gulf Cooperation Council for Arab States (GCC), Dr. Abdullatif bin Rashid Al-Zayani, who bade the King farewell on the occasion of the end of his term as the GCC Secretary General.

The King expressed his appreciation to the Secretary General for his efforts during his term to enhance joint Gulf action, wishing him further success.

For his part, Dr. Al-Zayani expressed his thanks and appreciation to the Custodian of the Two Holy Mosques for his keenness on all that enhance the Gulf action and for the cooperation and appreciation throughout his term.

The audience was attended by Assistant Special Secretary to the Custodian of the Two Holy Mosques Tamim bin Abdulaziz Al-Salem.