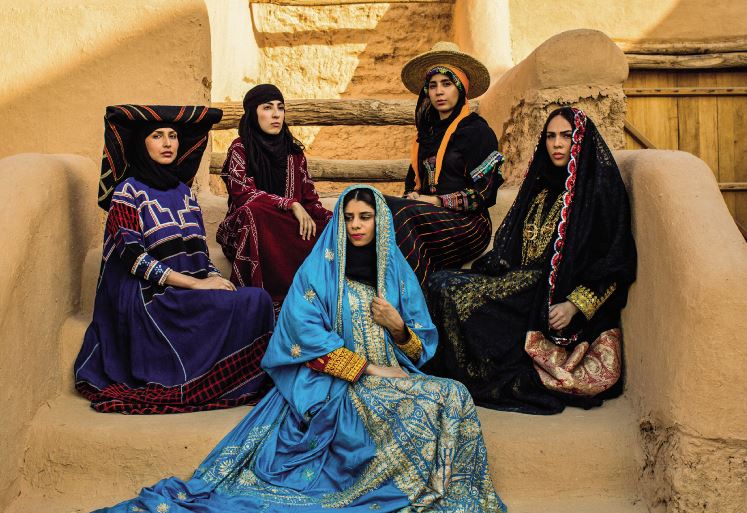 In recent years, the Saudi tangible and intangible cultural heritage has recorded a distin-guished global presence. The World Heritage List included many of these heritages such as Mada’in Saleh, Turaif neighborhood in Diriyah, Historic Jeddah, Hail, falconry, Majalis, Arabic coffee, Al-Ardah Al-Najdiyah, and the art of Al-Qatt Al-Asiri.

It is worth noting that those people who interested in this heritage and tourists also turned their attention to the traditional Saudi dress as well.

Riyadh Daily interviewed Reem Al-Bassam, who is interested in the history of Saudi herit-age, to shed light on some aspects of the Saudi traditional dress.

“The Saudi traditional dress deserves to be registered in the intangible cultural heritage in UNESCO beside other Saudi elements that had been registered. Our unique costumes with their special embroidery, especially which had been done by the women hands, are worth to be registerd.” Al-Bassam said. 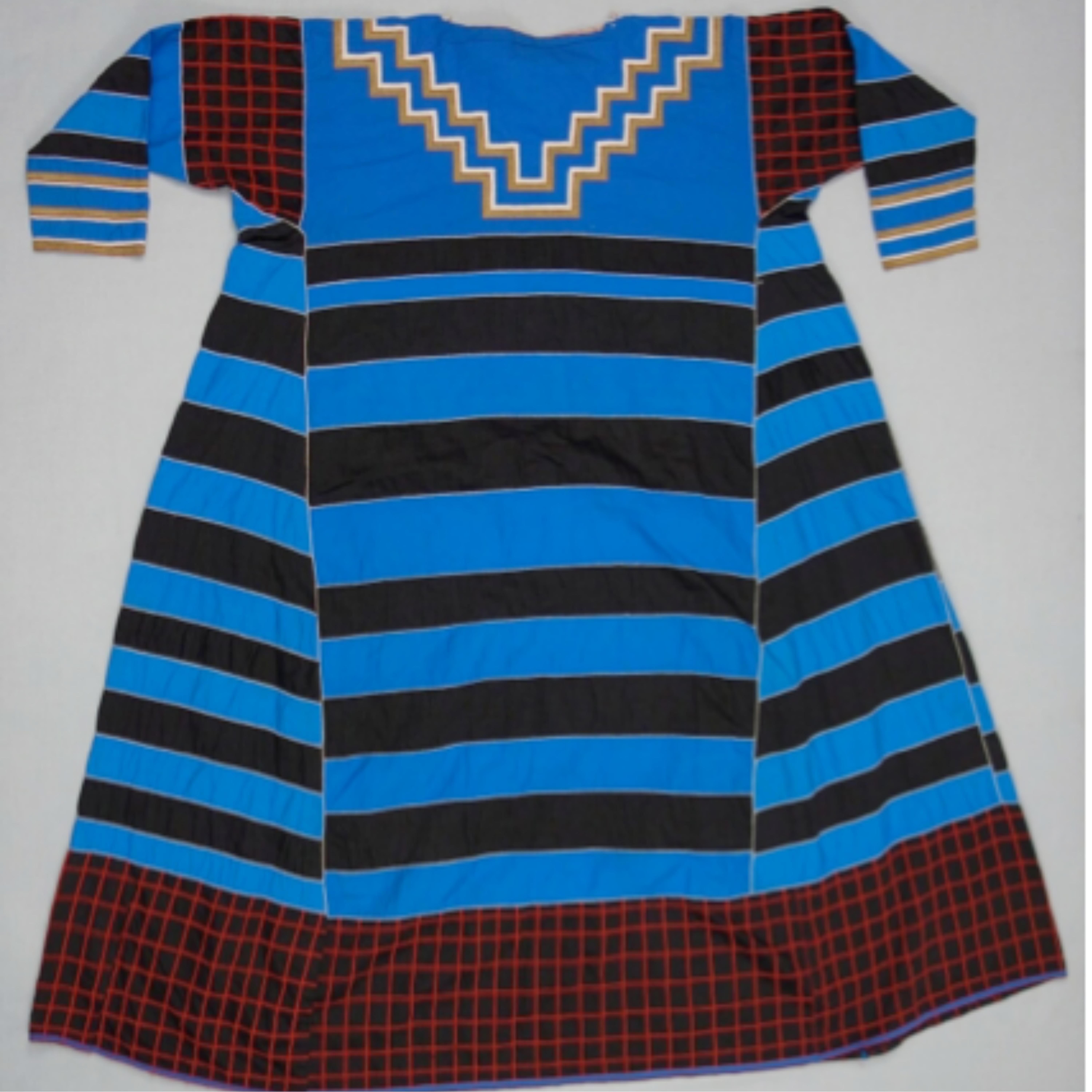 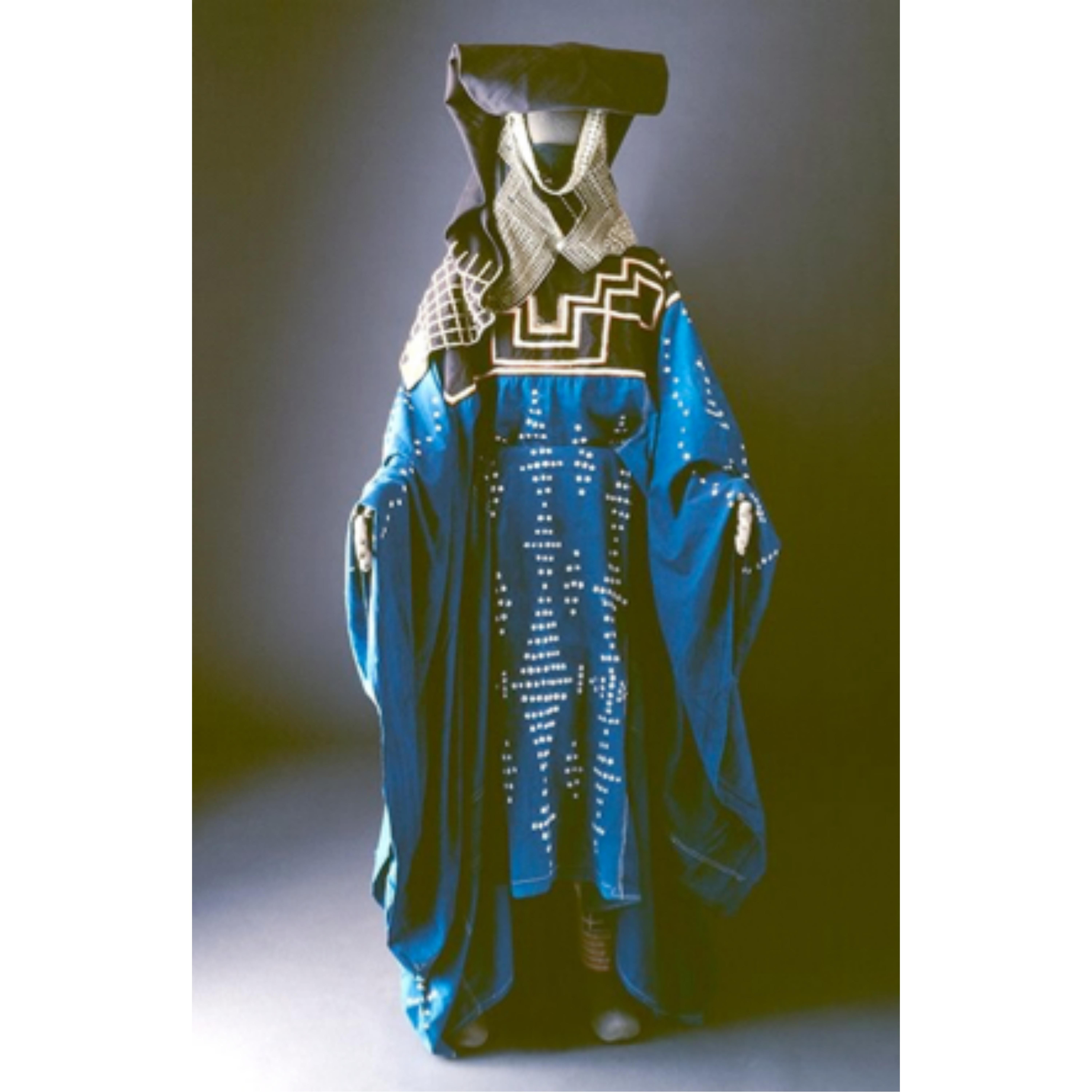 Regarding the importance of documenting the traditional dress, Al-Bassam stresses the importance of this and says: “The traditional dresses are considered as a record that pre-serves a nation's customs, arts and heritage. They lead to the social, economic, and cultur-al indicators. Preserving it is a part of protecting our national identity. It is our duty to document these traditional costumes and to save it to the new generations and to be proud of our rich heritage , so they  should be documented by their  original names, de-signs, and decorations”.

To convey the heritage of traditional clothing to the world, Al-Bassam praise the role of The Ministry of Culture represented by the Fashion Authority and the Heritage Authority, because they are making unique efforts to preserve and disseminate heritage, which con-tributes to strengthening national identity, and matches with the Kingdom's 2030 vision. “We can derive traditional motifs from the Saudi traditional dress, or some of their dis-tinctive characteristics, in a way that is compatible with the development of society and the progress of the clothing industry, thus we can preserve our identity while joining the modern world and reconcile between heritage and the present” She added. 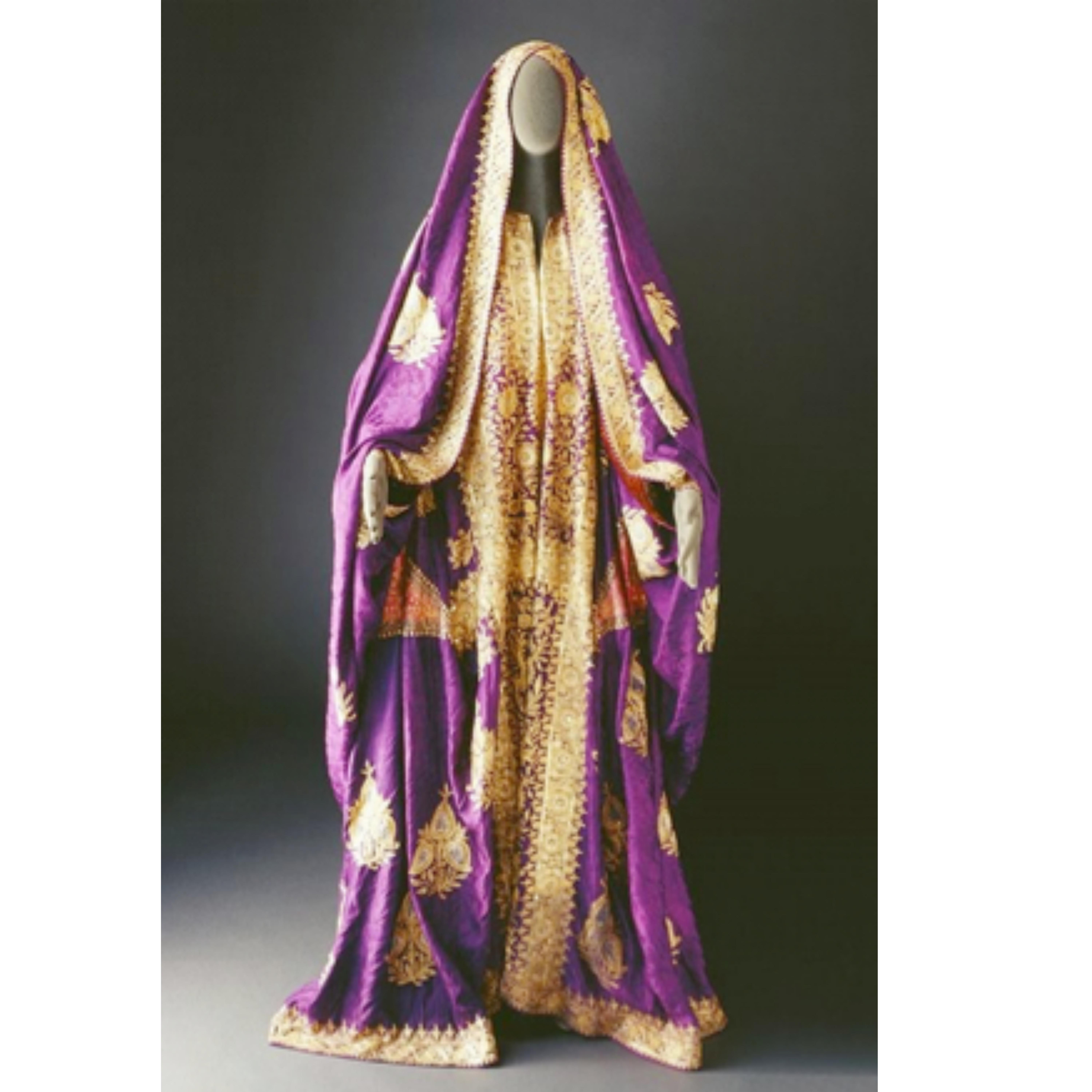 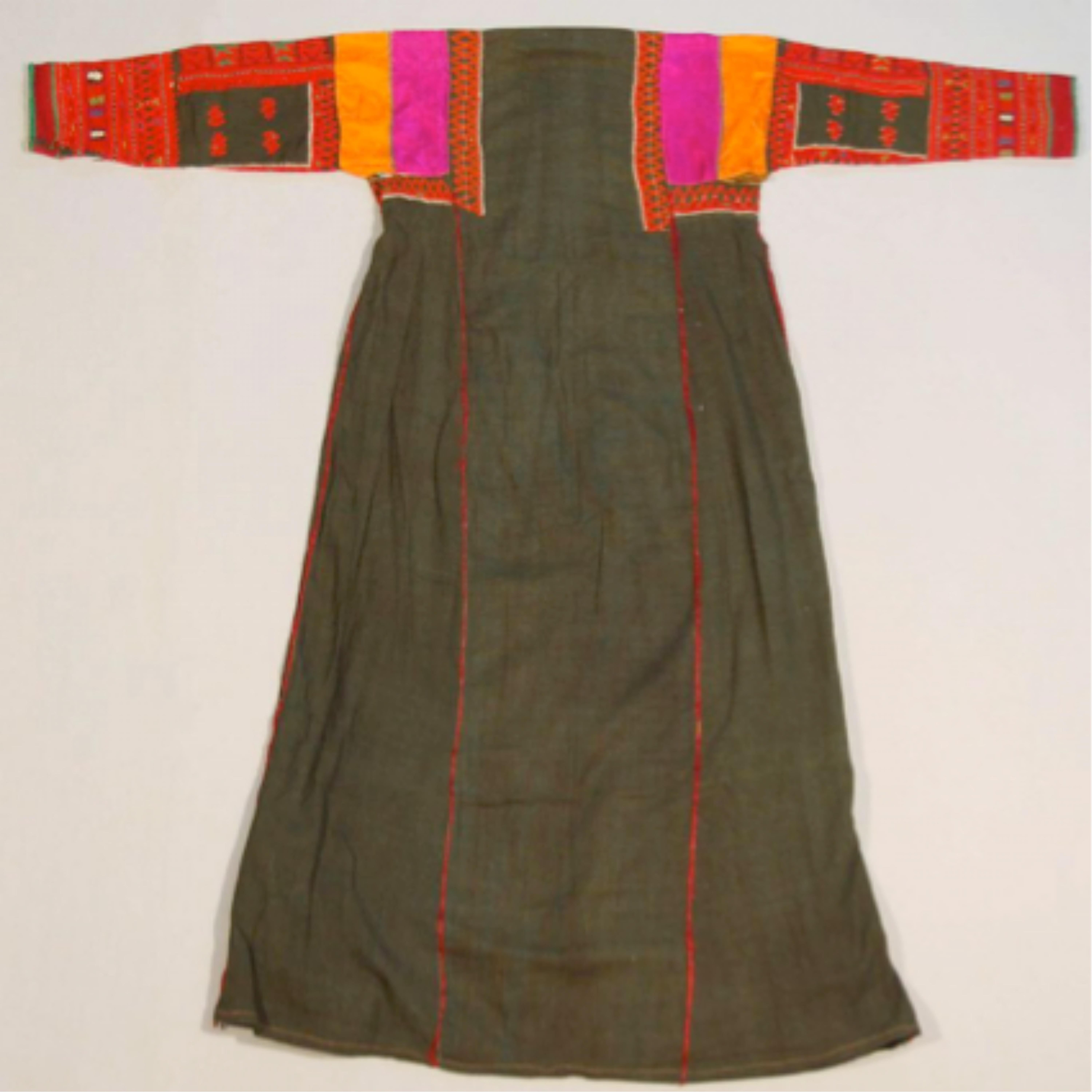 Al-Bassam indicates that Saudi traditional clothing in the past was very similar in its gen-eral form and design, which due to the trade exchange and the movement of tribes be-tween regions. “Each region is characterized by certain details and specific names, de-pending on the nature of the population, the environment, the climate and the region's connection with different civilizations and peoples” She added.

The Saudi traditional cloth-ing in the past is classified into two main types as Al-Bassam indicates: One is a loose long dress with long fitted sleeves, which is known as the " dara'a " or “ miqta’ ”in the Najd, eastern and northern regions, which have different names, shapes, and decorations in the other regions like the "mujannab" in the southern region, the Mubaqar and the sawn thobe in some of Taif tribes; the other type is about wide thobe which worn over the pre-vious dress, the thobe is wide and nearely square with wide sleeves that can be draped above the head and it has different names according to the different regions like mutaf-fat/mujazza thobe a black fabric dress decorated with colorful embroidery and strips of colored fabric sewn in, often in orange, green, fuchsia-pink which considered as one of the most famous ancient costumes in Najd. And there is a thobe called "musarrah" in najd, and "nashil" in eastern region which have golden metal thread embroidery And a thobe called "musaddah", which is known in taif in western region.

At the end of the interview, Reem Al-Bassam confirmed that preserving culture and herit-age is a general responsibility of fathers towards their children and preserving traditional costumes will pass it to the new generations and will save our identity. 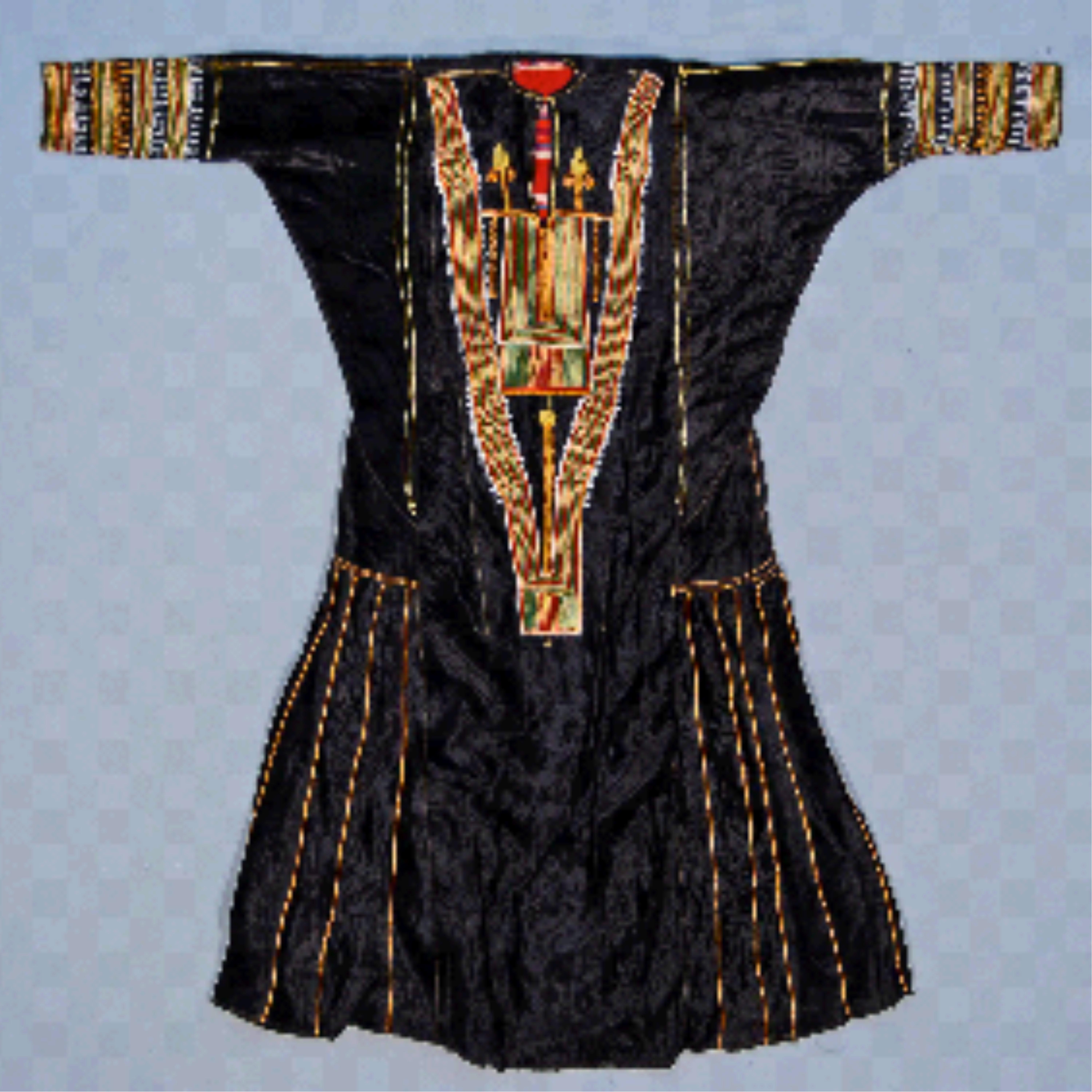