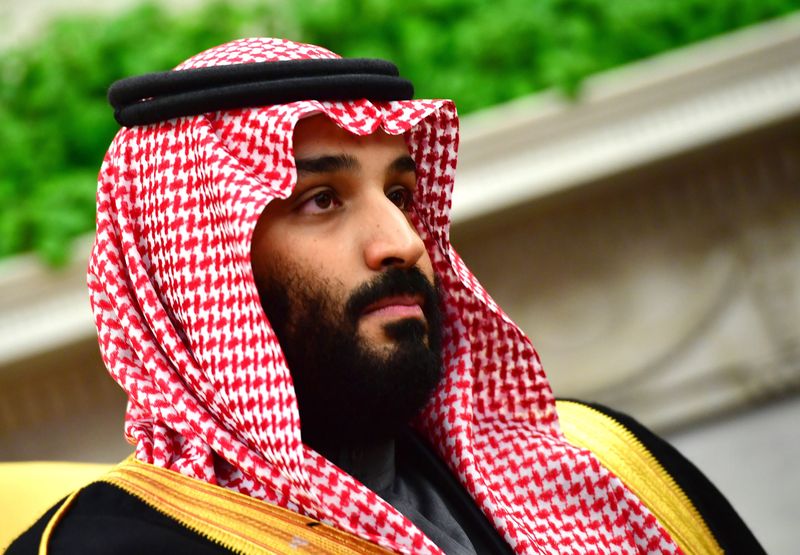 Saudi Arabia’s crown prince said he’s getting close to
striking a deal with Kuwait about two jointly owned fields that can produce
half a million barrels a day of crude.

“We believe that we are almost close to having something
with Kuwait,” Crown Prince Mohammed Bin Salman, who met with Kuwait’s Emir
Sheikh Sabah Al-Ahmed Al-Sabah on Sunday, said in an interview at a royal
palace in Riyadh. “We believe we can have something soon.”

The fields of Khafji and Wafra are located in Neutral Zone,
a portion of the two countries’ border that has been undefined for almost a
century. The long-standing question of sovereignty over the area remains
unresolved, but Prince Mohammed said resuming production is still possible.

Saudi Arabia currently has 1.3 million barrels a day of
spare capacity ready to be used if the market needs it, Prince Mohammed said.
Output from the oil fields in the Neutral Zone would provide additional
capacity, he said.

U.S. sanctions on Iran could remove as much as 1.5 million
barrels a day of crude from the market. Saudi Arabia and Russia have already
boosted output by about 1 million barrels a day since June, so even one of the
Neutral Zone fields could make up for a significant proportion of the remaining
shortfall.

“We’re trying to convince the Kuwaitis to talk about the
sovereignty issues, while continuing to produce until we solve that issue,” the
crown prince said.

Prince Mohammed said a faction of the Kuwaiti leadership has
accepted the Saudi proposal to resume output from the Neutral Zone while
pursuing talks to resolve lingering problems. Another group insists on
resolving issues of sovereignty before restarting operations, he said.

When the border between the two countries was drawn in 1922,
the question of which state should have control of this stretch of desert along
the Persian Gulf was undefined. That situation persisted for decades, but
didn’t prove to be an obstacle to the discovery and development of a large
deposit of oil in the area.

However, Khafji closed in October 2014 due to unspecified
environmental concerns, while Wafra, which Chevron Corp. operates on behalf of
Saudi Arabia, shut down in May 2015 because of difficulties in securing work
permits and access to equipment. The fields have a combined capacity of more
than 500,000 barrels a day.

“We think a 50-year-old issue is almost impossible to fix in
a few weeks. So we’re trying to have an agreement with the Kuwaitis to continue
to produce for the next five to 10 years and at the same time, we work on the
sovereignty issues,” he said. “It’s good for Kuwait and Saudi Arabia, so I
believe it’s a matter of time until it’s solved.”


Disputes about the area span over a number of issues. Talks
have been stalling over the role of Chevron, particularly after Saudi Arabia
unilaterally renewed the company’s concession for Wafra in 2009 for another 30
years. Another issue was to do with Kuwait’s plans to build an oil refinery at
Al Zour, which faced delays because part of that area is used by Chevron.