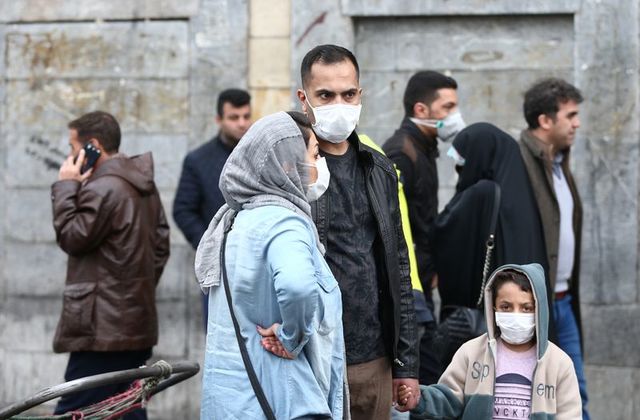 According to the president of the Faculty of Medical Sciences of Hormozgan province quoted by the IRNA news agency on Wednesday 17 June, since the end of May, the number of deaths has quadrupled. 85% of those on respirators have lost their lives. To date, more than 250 medical and health care workers in the province have been infected and their colleagues are exhausted to the extreme. There are 44 patients in the ICU and 22 are in critical condition.

Quoted by the Mehr agency on Tuesday, June 16, the president of the Faculty of Medical Sciences of the Golestan province said: "For a few days now, the curve of the epidemic has been rising". IRNA also quoted him on Wednesday, June 17, saying: "If the Covid-19 epidemic continues to spread, we will have to expect all cities to fall into the red state. The number of deaths due to the virus will increase”. He also announced the deaths of six children due to coronavirus.

Iraj Harirchi, Deputy Minister of Health, announced on Monday, June 15, according to ISNA semi-official news agency that during the 8-year war against Iraq, the regime's daily losses amounted to 66 deaths, while in the last two days, the number of deaths from coronavirus were 107 and 113. He added that "we don't have a province where we don't have to worry about the disease. In the last few days, we have again had a three-digit death toll, which is high.”

The Aftab website reported yesterday the words of the deputy-governor of the province of Boushehr saying that "last week there were as many positive cases as in four months. This week, several hundred positive cases were identified daily across the province, many of which were in severe condition and went to intensive care.”

Ali-Akbar Hagh-Doust, another Deputy Minister of Health, told the IRNA on Tuesday that "it is necessary to decide urgently and seriously on the return of restrictions. The Ministry of Health has formally requested, particularly where the level of epidemic is higher, to re-impose the restrictions.”

By imposing quarantine, starving populations without paying them and without providing for their basic needs will inevitably lead to people’s revolt against the regime. Therefore, to evade this outcome, the only way out is collective immunity. If people had starved in quarantine, the regime would be held responsible, but in the herd immunity approach, it is not responsible for the death of the Iranians; the virus is blamed.

The Iranian regime's cash assets are estimated in circles close to the regime to be around $200 billion. The regime has no shortage of money to fight the virus. Unfortunately, this is only used for the benefit of the Supreme Leader for his greed for power.

For herd immunity, society will have to pay a huge price...

On Saturday, June 13, at the National Coronavirus Control Centre (CNLC), Rouhani acknowledged the critical situation in several provinces: "We are at the first peak of the epidemic in some provinces. In some of them, we have passed the first peak. Forecasts indicate that other provinces are waiting for their turn. In the country, except for few cities, we have not yet reached a point where 60 to 65 per cent of the population has contracted the virus and overcome it.

Hamid Souri, a member of the National Coronavirus Centre, told IRNA on Tuesday 16 June that "As an epidemiologist, I have to say that to achieve a level of herd immunity, society will have to pay a huge price. Some of the things we did, did not work fast enough to get better results.”