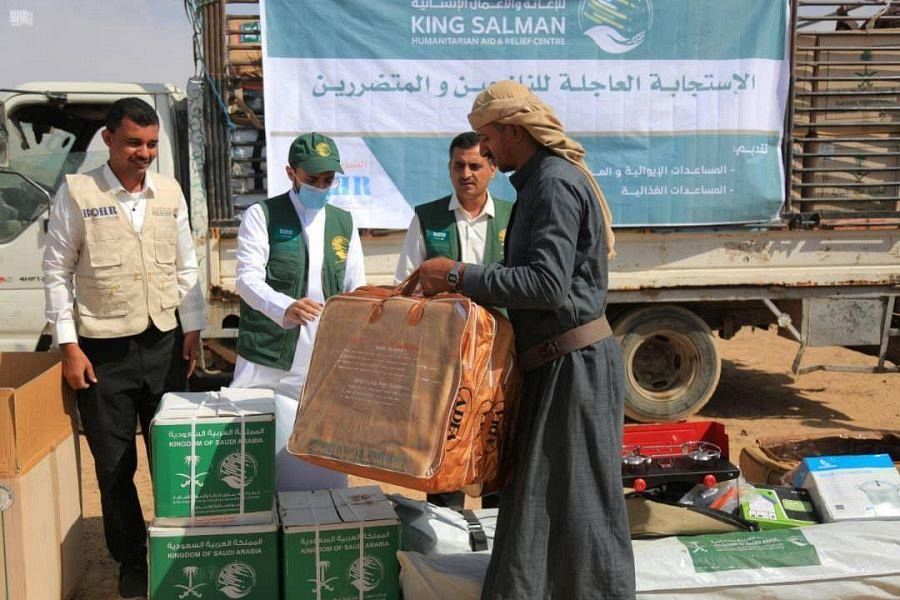 King Salman Humanitarian Aid and Relief Center (KSrelief) distributed
yesterday shelter and food aid to 200 families in the Jaw Al-Naseem camp
for the displaced in the city of Marib, Yemen, after being targeted by
missiles of the Iran-backed terrorist Houthi militia.

The Undersecretary of the Marib governorate, Abd Rabbo Moftah
confirmed that the Iran-backed terrorist Houthi militia intentionally
targeted villages and displaced camps with missiles, in order to force
the residents to flee, and to create human tragedies, in addition to
looting their properties.