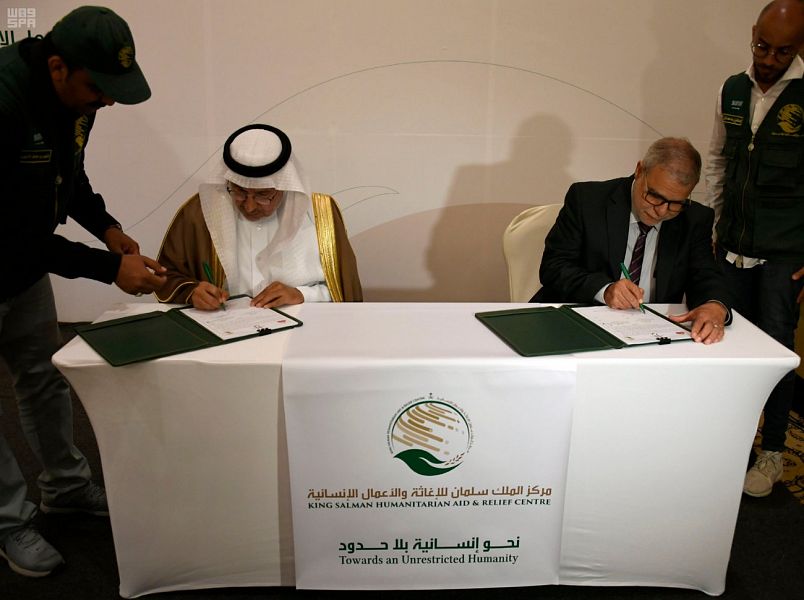 The KSRelief Supervisor General signed a project for the operation
and maintenance of the Yemeni Refugee Camp with Turkish NEVKA Company.
The agreement amounts to USD 815 thousand with the aim to implement an
operation and maintenance of the housing units, generators, pumps and
infrastructure in addition to provide assistance for refugees to receive
basic services.

Dr. Al Rabeeah also signed an agreement with the National Assistance
Office for Refugees and Disaster Stricken People (ONARS) in Djibouti
for the Yemeni refugee camp management and security services. The
agreement amounts to USD 246 thousand.

The Supervisor General also signed an agreement of operating the
KSRelief medical clinics in the Yemeni refugee camps with AlRahma
Hospital in Djibouti.