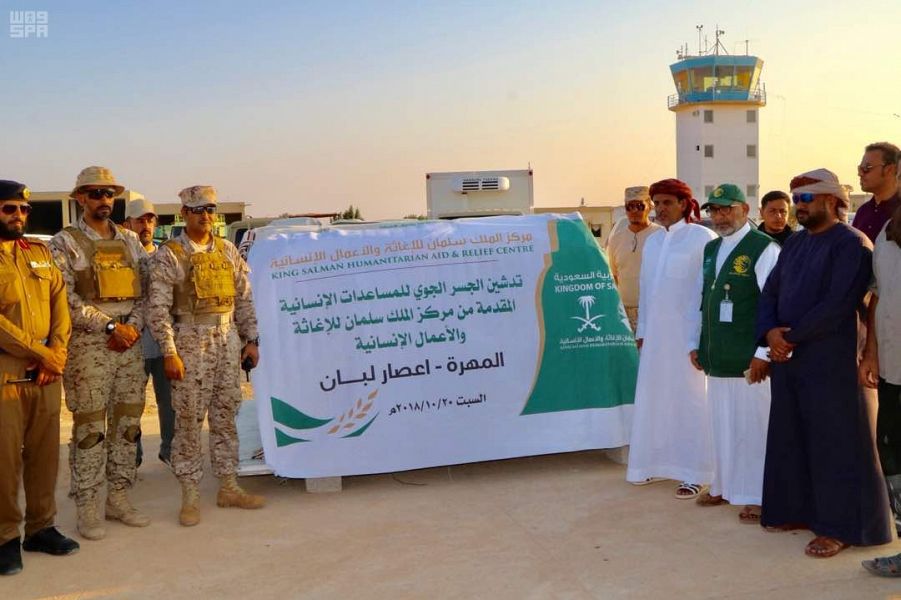 King Salman Humanitarian Aid and Relief Center (KSRelief) launched yesterday a new relief package within the Saudi airlift for Al-Mahra Governorate, in the presence of its Governor Rajeh Saeed Bakrit, KSRelief's Office Director Abdullah Al-Anqari and a number of officials.

Following the inauguration, Governor Bakrit said in a statement, ''Today we are launching a new relief campaign being provided by KSRelief preceded by several campaigns to provide the Governorate with relief aid due to the damage caused by the tropical storm Laban".