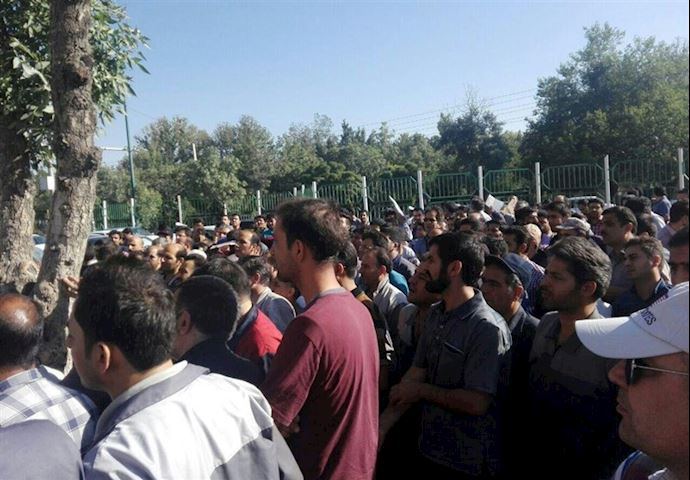 Protest in Iran is a powder keg

Macron’s bid to bring Iran and US together came a day after he invited Foreign Minister Mohammad Javad Zarif of Iran to Biarritz for a surprise, last-minute visit. However much of the hope in the media about the possibility of new U.S.-Iran negotiations have failed.  Macron is said to have secretly engineered a surprise appearance of Zarif at the G7 talks in France. However, Iran carefully crafted a plan to deceive the west.

while there are “no indications” that Iran is willing to change its “malign behavior” and continues to act aggressively in the region and at home, Tehran’s strategy is to drag the issue on and buy time so that the regime could survive the Trump Administration.

The Supreme Leader Ali Khamenei said that dialogue with the US had proven to be “a lethal poison, " because he is facing explosive circumstances inside the country. According to MEK reports in the month of July alone more than 280 protest rallies have been witnessed. During the past few weeks, teachers in numerous cities have been seen protesting because their demands have not been met. Last week the Interior Minister specifically said we have to be ready for developing events. The regime is now completely bankrupt and engulfed in corruption. Based on statistics issued by the World Bank, inflation in Iran has reached 50 percent.

Iranian officials are relentlessly attempting to paint a picture of prosperity and development. Iranian regime Supreme Leader Ali Khamenei, still disoriented from the latest round of U.S. sanctions, talks about the “second 40 years,” while Rouhani tells a story of the “benefits of the JCPOA” and how the “inflation decreased over the past two months.”

The Supreme Leader's representative in Yazd province referred to popular discontent with increasing prices, criticizing the situation with the automotive industry in the country. “We don’t see any real resolve in automakers to become self-sufficient and innovate,” he said.

“We can feel that the people are discontent about [a lack in] imported medicines that are also manufactured domestically.”

Tasnim news agency quoted Mehdi Hashemi, chair of Tehran’s city council, said after a session with Tehran’s mayor that the people are not happy about the public transportation system.

The governor of Behmei county says that the people of his county are very discontent due to decreasing electricity. “This problem has also led to water shortages,” he adds. 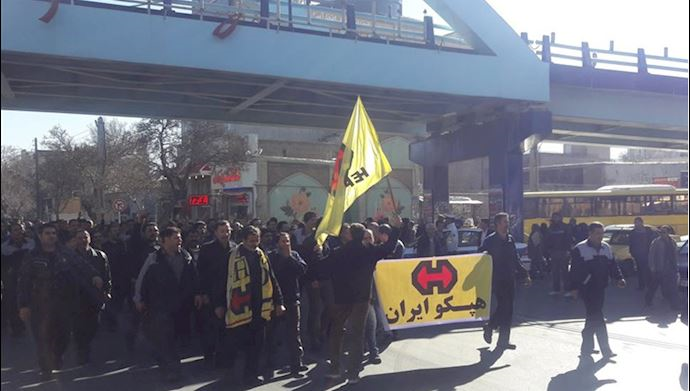 “Nowadays, Shadegan marshlands, despite recent floods, remain in poor conditions. Dying fish in the pond, changing colors and discontent locals living in the marshlands are all signs of poor conditions for a marshland area that is recognized on an international scale.”

The list goes on but there are three key conclusions that one can reach from these warnings by Iranian officials and media.

First, it is evident that there is almost no aspect of ordinary Iranians’ lives spared by the doom of the ruling mullahs in Iran.

“The complete stoppage or slow progress of infrastructure projects, not following up on projects that have already been started by the government, a lack of understanding by some officials about investing in the province, mismanagement, and inefficiency in managing natural resources, discontent farmers… are all among the reasons for discontent among the provincial population,” says Mohammad Khodabakhshi, a member of the regime’s Majlis (parliament) from Aligudarz of Lorestan Province, western Iran.

Second, ordinary Iranians are beyond the internal factions of the political elite and don’t trust and care anymore for any of them.

“It’s not about moderates and conservatives anymore. People are on the brink of not trusting the major mottoes of the country anymore,” according to the Arman newspaper, close to Khamenei’s faction. “We should not limit peoples’ discontent to moderates or conservatives. We need deeper structural reforms. If the problem was with moderates only, we could say that moderates should revise their strategy and programs. However, the fact is that the problem is beyond political factions.”

Third, the main reason that Iranian officials are terrified about “popular discontent” is an organized opposition that is ready for the change in Iran when the time is ripe.

Assadollah Nasseh, a former commander of the IRGC puts it clearly without diplomatic considerations.

Referring to the Iranian regime’s arch-enemy in “Albania” who want to “overthrow the Islamic Republic”, he bluntly says: “[The People's Mojahedin Organization of Iran (PMOI/MEK)] will affect our youth, recruit and take various measures. We ourselves have paved the path with all this corruption.”