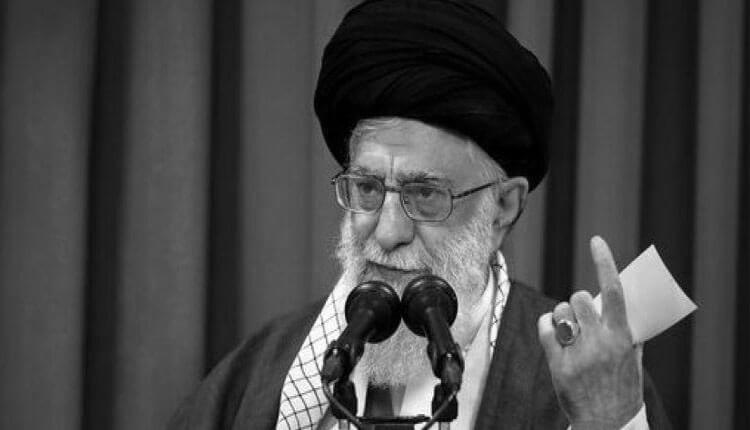 In his last speech, Khamenei sought to rebuild the broken spirits of his Forces

Widespread publicity and providing extensive logistics to transport the population from various cities across the country by free subway and buses, Khamenei delivered a speech on Friday, January 17, 2020, in Tehran.

It was the first time in 8 years that Khamenei had performed Friday prayers. He appeared on the scene in a very critical state of the regime. In his remarks, Khamenei emphasized that he had passed the "adventurous and extraordinary 2 weeks". While trying to portray all the fatal blows of this adventurous 2 weeks as victory and effects of God's power, he shied away from responding to the destruction of a Ukrainian passenger plane by the Revolutionary Guards. Khamenei even did not apologize to the mourning families of the innocent victims of the downed passenger plane, without even mentioning the responsibility and role of the Revolutionary Guards in the tragedy, even thanking them. And of course, Khamenei condemned the protesters of the regime's criminal activity in this painful incident.

Khamenei sought to minimize the destruction of the plane, adding that "they tried to make it a matter of course" to "forget" the burial ceremony of Qasem Soleimani and firing missiles at the US bases. In Khamenei's view, the lives of 176 human beings are not important, and it only to overshadow the effect of the population who came to Qasem Soleimani's funeral. Khamenei did not even regret the death of at least 78 people in Kerman during Soleimani’s funeral.

The uprising of Iranian students and people was the most important fact that Khamenei tried not to mention. The uprising whose main slogan is Down with Khamenei and Down with the dictator and so on. Khamenei described the millions of Iranians who chanted "neither Gaza nor Lebanon, my life for the sake of Iran" as being deceived.

Khamenei reiterated his grief over the death of Qasem Soleimani as the regime's number two and the Revolutionary Guards' irreplaceable backbone, saying, "Soleimani is literally the most powerful commander fighting terrorists in the region"!

Khamenei also said the recent move by European countries to refer to the regime's nuclear case to the Security Council and to use trigger mechanisms to impose international sanctions were to overshadow the funeral of Qasem Soleimani. By attacking these three European countries and calling them enemies, he pushed Europe further towards the international community's consensus against the regime; and he sent out the message of no hope to governments that may still have hope of "behavior change".

Khamenei praised the Qods Terrorist Force, headed by Qasem Soleimani that created the blood bath and suppressed Iranian cities and countries in the region, calling them "warriors without borders". Interestingly, Khamenei once again emphasized on the regime's purpose and strategy that the crimes of the Quds Force in the countries of the region aim to secure the regime inside Iran and against the uprising of the people.

Khamenei's stance was not unexpected, but even the most optimistic people can no longer hope to find some sort of solution within the existing framework to respond to the mass demands of the Iranian people and uprisings.

the automatic consequence of this situation is intensifying the conditions in Iran's explosive society and continuance of maximum pressure in the international arena. Especially as the European Union also came to realize that it was ultimately the only option is to stand with the united states to confront nuclear, missile and regional policies of the Iranian regime.

The fact is that Khamenei, in his January 17 speech following the bloody protests this November, which is the bloodiest suppression of popular protests in the country's contemporary history once again chose contraction and called for both crackdowns on domestic and confrontation on international fronts.

Of course, Khamenei’s stance, and his emphasis on his previous positions will not have an impact on the regime's irreversible path. Khamenei's January 17 speech only proved that the regime was in a deadlock and that its leader had no power or will to take the initiative and exit the deadlock.