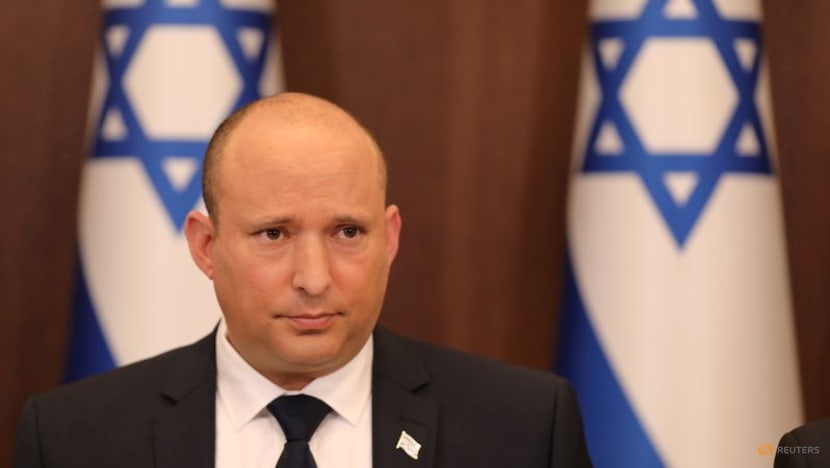 "Iran is carrying out nuclear blackmail as a negotiating tactic, and this should be answered by the immediate halt to negotiations and the implementation of tough steps by the world powers," Prime Minister Naftali Bennett's office quoted him as saying in a call with US Secretary of State Antony Blinken.

The International Atomic Energy Agency (IAEA) said on Wednesday that Iran had started the process of enriching uranium to up to 20 per cent purity with one cascade, or cluster, of 166 advanced IR-6 machines at its Fordow plant, dug into a mountain.

Iran and major powers are trying, in talks in Vienna, to revive a 2015 deal under which Tehran limited its nuclear programme in exchange for relief from US, EU and UN economic sanctions. The United States withdrew from the pact in 2018, during the administration of then-President Donald Trump, and Iran responded by violating the agreement's limits.

An Israeli official said Bennett told Blinken of his objections to any lifting of sanctions against Iran, particularly under an interim deal, which would effectively mean "the massive flow of funds to the Iranian regime".

Under the 2015 deal, no uranium enrichment is supposed to be carried out at Fordow at all. Until now Iran had been producing enriched uranium there with IR-1 machines and had enriched with some IR-6s without keeping the product.

In a video interview on Thursday with Israel's YNet news website, Defence Minister Benny Gantz voiced confidence that US President Joe Biden would make good on a promise not to let Iran obtain nuclear weapons.

"I don't think we are alone. I do think we always have to prepare the option for the moment when we may find ourselves alone," he said. "I say again, an attack (on Iran) is an option. It doesn't have to be the first one."