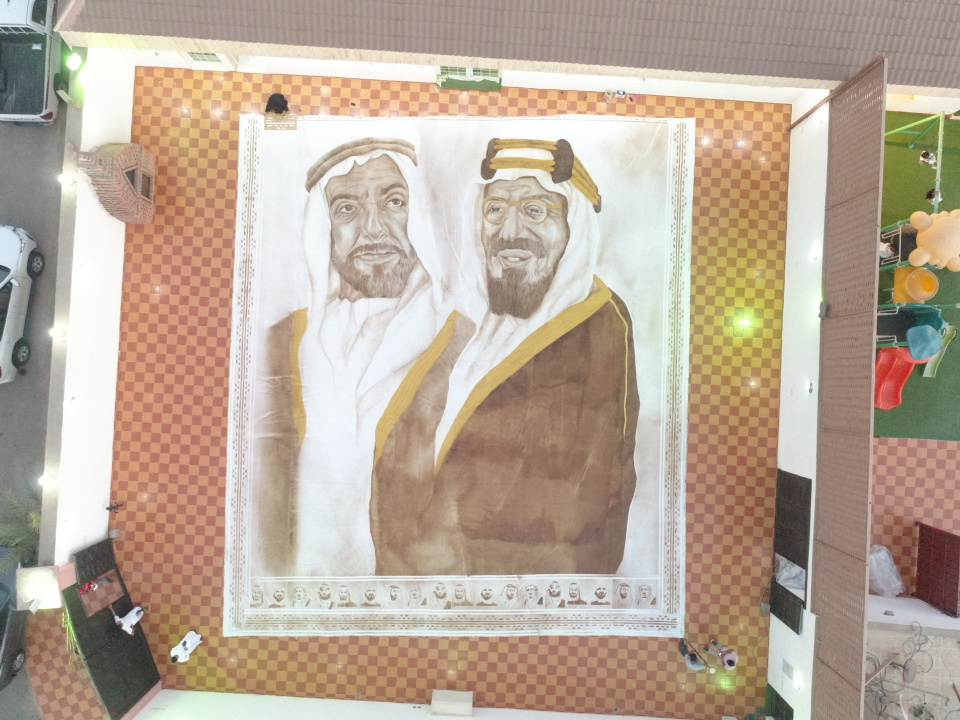 Bearing in mind the waste, Ohud used approximately 4.5 kg of expired coffee powder only. She painted all the figures in hues of brown mixing the coffee powder with water. The edges are done with the “Sadu” style that is a traditional Bedouin decoration style.

“It took me 45 days of continuous work to complete, under the watchful eyes of two witnesses, video recording and drone footage,” Ohud said. “My aim is to remind the world of the centuries-old entente between the two nations.”

“Normally, only one kind of coffee is used in such paintings, but I have used 4 different shades of brown coffee. I used several rollers and paint brushes of different sizes to finish this project.

A drone footage of the painting was shown in “Mokhatat Ar-Riyad” neighbourhood in Jeddah with the artist behind the painting with her father.

Women of Saudi Arabia took part in previous Guinness World Records attempts, but this is the first time a Saudi woman achieves a GWR world record on her own. In 2015, the largest human awareness ribbon consisted of 8,264 participants and was achieved by the women of Saudi Arabia at an event organised by 10KSA in Riyadh.

As a student in 5th year of College of Law at King AbdulAziz University, in Jeddah, Ohud has already taken social media by storm, featuring weekly on popular TV channels across the MENA region. “This tremendous feat would have been impossible without the support of the people around me. I wish this will contribute to empowering the women in Saudi Arabia and beyond,” she concluded.