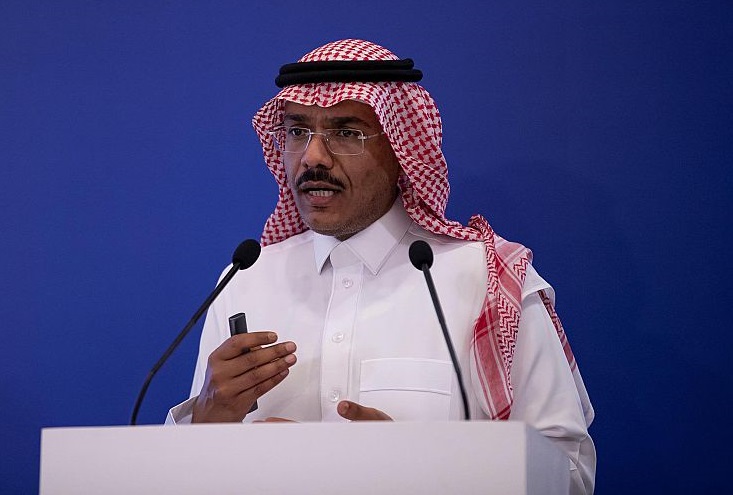 We are going through an Important Stage Themed "Our Immunity is Our Life", Says Health Ministry Spokesman

Official Spokesman of the Ministry of Health Dr. Mohammed Al-Abdulaali said the country is going through an important stage themed “our immunity is our life”, adding that the authorities feel optimistic as the essential vaccinations have been provided for the public, citing that most of the society have already taken two doses, followed by a booster, driven by the public’s awareness against rumors, fallacies and lies.
Dr. Al-Abdulaali pointed out that despite the fact the epidemiological curve in the Kingdom has seen an increase in the number of cases, the curve started witnessing an accelerated decline, which indicates that the efforts made by the authorities or society, and the commitment to precautionary measures and receiving vaccinations have been successful.
The Spokesman highlighted that the booster doses are now available for ages 16 and above, taking into account that the booster doses will only be decided after ensuring their safety and efficacy, adding that more than 53 million doses have been given to the public, with more than 23.4 million have already taken the two doses.