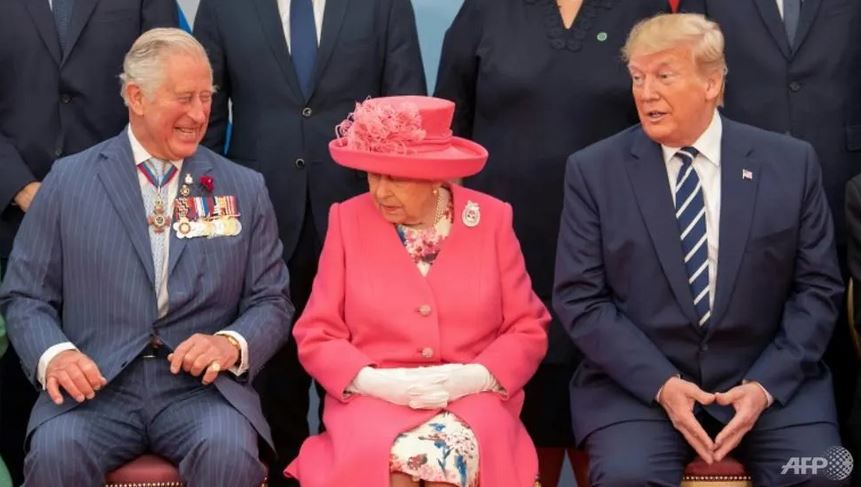 US President Donald Trump landed in France on Thursday (Jun 6) to join other world leaders on the beaches of Normandy in a tribute to the veterans and dead heroes of the D-Day landings that shaped the outcome of World War II.

Despite being largely blamed for growing international discord, Trump headed to join in the attempted show of transatlantic harmony on the 75th anniversary of the assault.

"Heading over to Normandy to celebrate some of the bravest that ever lived," the US leader tweeted on arrival in France. "We are eternally grateful!"

French President Emmanuel Macron and British Prime Minister Theresa May earlier paid tribute to D-Day veterans at the start of Thursday's commemorations for the soldiers who surged onto the Normandy beaches on Jun 6, 1944.

On an occasion mixing high politics with poignant historical remembrance, Macron met first with May at Ver-sur-Mer, where they laid the first stone for a new British memorial to fallen soldiers.

"Standing here as the waves wash quietly onto the shore below us, it's almost impossible to grasp the raw courage it must have taken that day to leap from landing craft and into the surf, despite the fury of battle," May said.

Under a bright blue sky, she finished her speech by addressing the assembled veterans, whose numbers dwindle with each major anniversary.

"I want to say the only words we can: thank you," she said in her final international appearance before she steps down as leader of the Conservative party on Friday.

Britain's delayed departure from the European Union, which has cost May her job as prime minister, is just one of many rifts that has opened recently among Western allies, whose alliance forged in World War II is under unprecedented strain.

The man blamed for most of the discord, Trump, was set to arrive in northern France for a ceremony at the US military cemetery at Colleville-sur-Mer overlooking Omaha Beach where 9,400 US servicemen are buried.

Both leaders will give speeches, while the French president will also bestow the Legion d'Honneur, France's highest honour, on five American veterans.

Macron and Trump - whose once warm relations have chilled due to mounting public disagreements on Iran, climate change and trade - will then meet for private talks followed by a working lunch.

Macron will end the day with an homage at Colleville Montgomery for the Kieffer Commando, the only French soldiers to storm a Normandy beach on D-Day which opened a new front against the Nazis and led to the liberation of France and much of western Europe.

The 177 men, who were given the honour of being the first to touch French soil, had long been little more than a footnote in France's official histories of the war - an oversight officials in Macron's office said the president is eager to correct.

Canadian Prime Minister Justin Trudeau will attend a ceremony at Juno Beach, where Canadian forces were in charge of the assault.

D-Day is seen by many as one of the great symbols of transatlantic cooperation, as young American and Canadian servicemen sacrificed their lives in the struggle to end the Third Reich's grip on Europe.

The Jun 6, 1944 landings by Allied forces on five Normandy beaches were the biggest naval operation ever in terms of the number of ships deployed and the troops involved.

By the end of what became known as "the longest day", 156,000 Allied troops and 20,000 vehicles had landed in Nazi-occupied northern France despite facing a hail of bullets, artillery and aircraft fire. 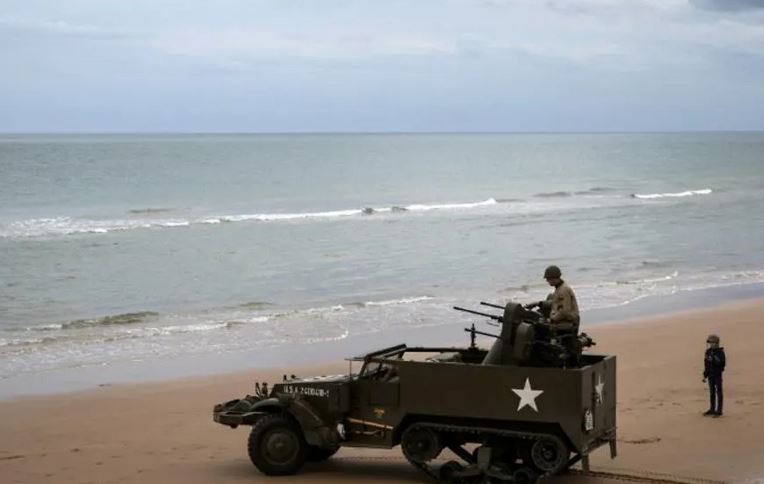 On Jun 6, 1944, now known as the 'longest day', 156,000 troops landed on the beaches chosen for the D-Day invasion, including Omaha seen here in one of the ceremonies. (Photo: AFP/Joel Saget)

Tens of thousands of French and foreign visitors, many donning WWII uniforms or driving vintage military vehicles, have converged on Normandy to honour the veterans.

Trump arrived in France from a three-day state visit to Britain, where he attended a ceremony in Portsmouth to mark D-Day alongside Queen Elizabeth II and over a dozen other world leaders.

In a joint proclamation, the 16 nations present in Portsmouth affirmed their shared responsibility to ensure that the horrors of World War II are never repeated.

They reaffirmed their commitment to "shared values" and vowed to work together to defend freedoms "whenever they are threatened".

President Vladimir Putin, who was invited in 2004 on the 60th anniversary of the invasion, did not receive an invitation to either ceremony, a snub indicative of the West's strained relations with Russia.

Russia's foreign ministry said Wednesday that the Allied invasion on D-Day did not determine the course of World War II and its importance should not be exaggerated.

Spokeswoman Maria Zakharova told journalists that it was the efforts of the Soviet Union, which entered the war in 1941, that secured victory.