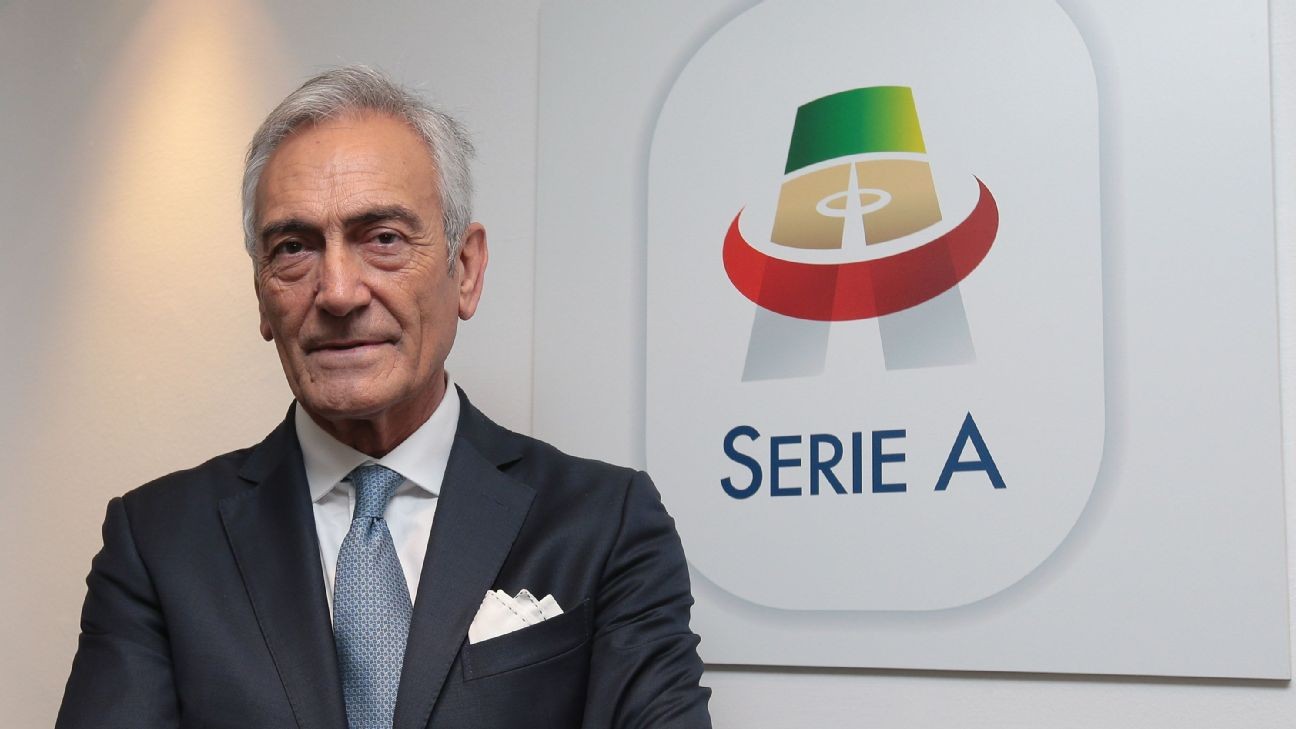 Italian FA head refuses to write off the Serie A season

Italian soccer boss Gabriele Gravina is refusing to write off the Serie A season due to the coronavirus outbreak, saying the league could extend into July and August if necessary.

Italy has seen more coronavirus fatalities than any other country, with latest figures showing that 7,503 people have died from the infection in barely a month.

The northern region of Lombardy, by far the hardest-hit, showed a steep decline in the number of deaths and new infections in the latest figures on Wednesday, raising hopes that the epidemic may be slowing at its original epicentre.

However, optimism was tempered by warnings from the south, where contagion and deaths are far less widespread but are rising steadily.

Serie A has been suspended since March 9 and players from several clubs have tested positive for the virus.

"I don't give up easily," Gravina, the president of the Italian Football Federation (FIGC), said in an interview with Radio Marte.

"As long as there is a chance, I will keep alive the hope of restarting the championships. I am aware that it is premature to think about a date, but we must think positively, also for the health of the Italians, and hope that this situation ends as soon as possible."

There are 12 match days still to play, plus several outstanding matches, and Gravina estimated the league could be completed in 45 to 60 days. "If we are given the month of July and August, that could be the right period," he said.

He also stood by an earlier suggestion to use a playoff system to decide the league if there was not enough time to complete the original schedule, and said it could be a interesting idea for the future.

"I proposed it only as a lifeboat. But for the future we'll work on it because, for me, it remains an interesting idea and I hope one day it can be shared by the protagonists, so as to give even more interest to Serie A".