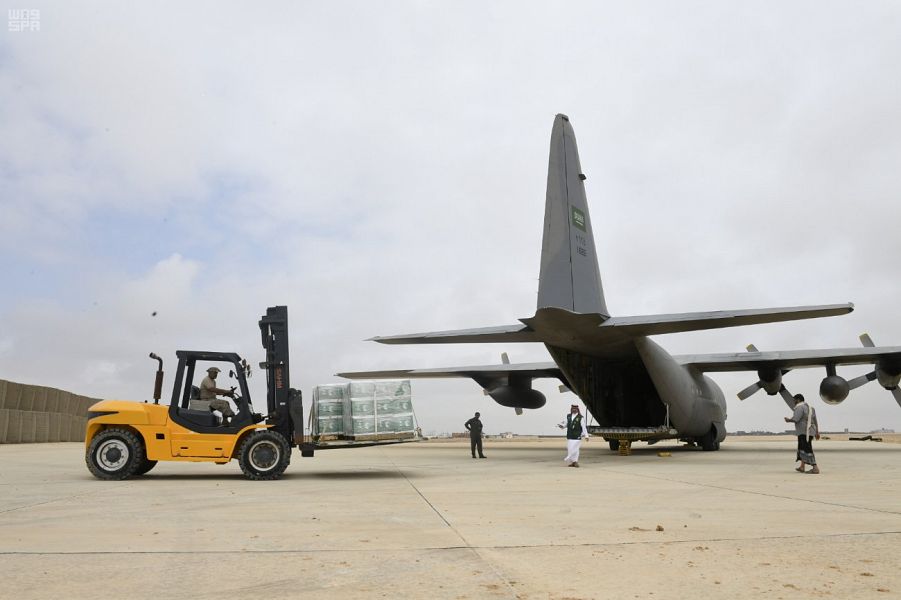 Yemeni province of Al-Mahra received the first of the relief bridge
provided by King Salman Center for Humanitarian Relief and Humanitarian
Aid (KSrelief) to assist those affected by hurricane Laban, which has
hit most of the governorate's districts during the past few days.

Two planes arrived in Al-Gheitha airport were received by Yemeni
Minister of State Mohammed Abdullah Kaddah and a number of local
authority officials in the governorate accompanied by a team from the
King Salman Relief Center.

In the coming hours, the team will move the aid, which includes 20
tons of food baskets, into areas besieged by floods and floods.

In a press statement, Yemeni Minister of State Mohammed Abdullah
Kaddah lauded the intervention of the Kingdom of Saudi Arabia
represented by the Center for the relief of to help those affected by
the cyclone, appreciating the rapid response to the distress call
launched by the Yemeni government and the local authority, in the
governorate.

The King Salman Center for Relief mobilized a land convoy through
the border crossing of Wadiah, carrying 125 tons of basic food baskets
for those affected by the cyclone. The center also distributed 100
tents, 8 tons of food baskets, 1500 blankets and 200 mats to them. 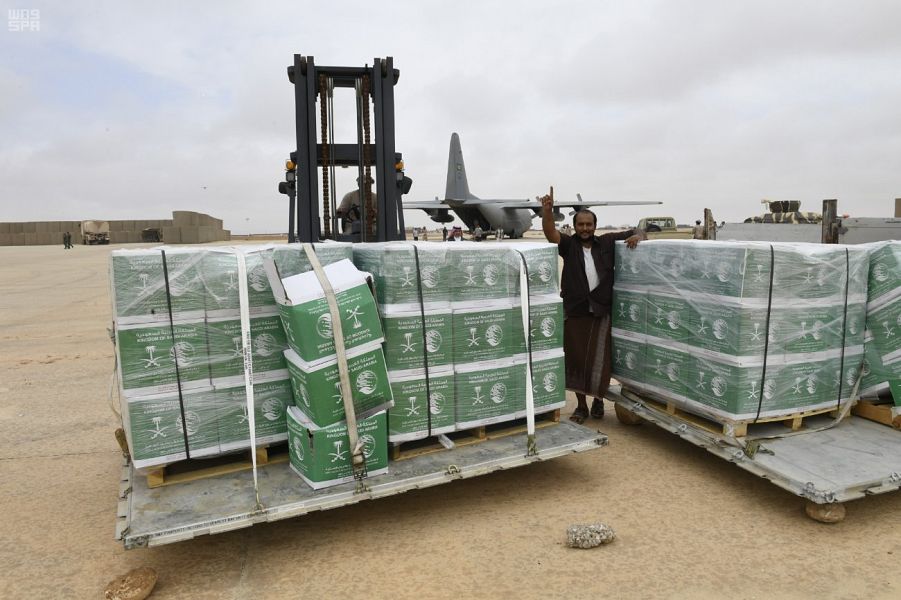