On the 29th of November, H.E. Mr. Tsukasa Uemura, Ambassador of Japan to the Kingdom of Saudi Arabia, hosted the National Day Reception of Japan to celebrate 85th birthday of His Majesty the Emperor of Japan Akihito. H.R.H. Prince Faisal bin Bandar bin Abdulaziz Al-Saud, Governor of Riyadh attended the reception representing the government of Saudi Arabia.

Many guests from the Saudi government, diplomatic corps, private sectors and various institutions attended the reception at Ambassador’s residence.

Ambassador Uemura mentioned, “Our Imperial Family and Saudi Royal Family have enjoyed long and splendid friendly relations for many decades. For instance, His Imperial Highness Crown Prince Naruhito, our next Emperor, visited the Kingdom of Saudi Arabia for the first time in 1994 with HRH Crown Princess. 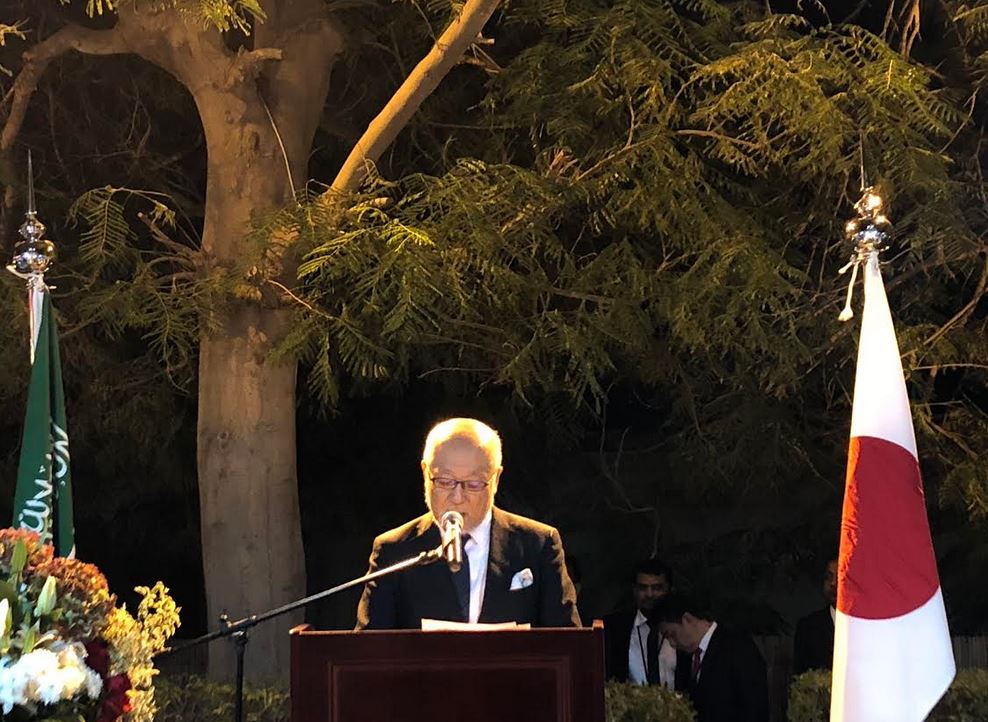 Ambassador also referred to the bilateral relations between the two countries, which is now shifting into much diversified strategic partnership. When it comes to economic partnership, he said, “we have successfully introduced a new mechanism, “Japan-Saudi Vision 2030”, and now we are working closely together in various fields of cooperation.  We are determined to build much more amicable and broader relations with Saudi Arabia as indispensable partners to each other”

It is worth noting that, this was the last opportunity to celebrate the Japanese national day under the name of His Majesty Emperor Akihito, as he will abdicate the throne on April 30th next year, and His Imperial Highness the Crown Prince Naruhito will ascend the throne.