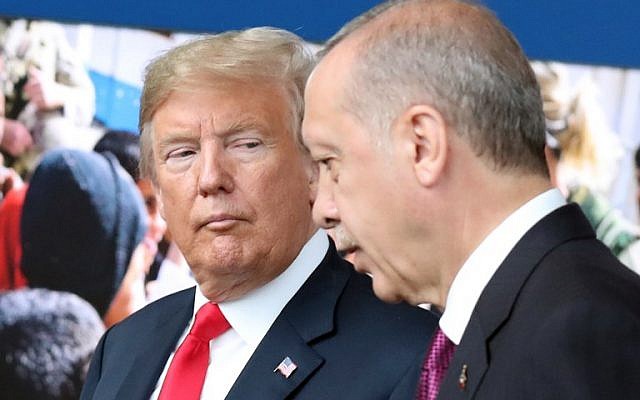 A year ago, Turkish President Recep Tayyip Erdogan eagerly sought to spread his poison against the Kingdom and to mobilize his diplomatic and media capabilities to turn the international community against the Saudis and demand their punishment.

That all occurred at a time when relations were fine between the two countries, and were not preceded by any tension or disagreement that justified this coup and this wicked opportunism.

We know for sure that all his efforts have been to no avail, and that the Kingdom has withstood the poisonous winds emanating from Turkey, Qatar and the remnants of the Muslim Brotherhood organizations.

The Kingdom has even continued on its path, indifferent to any black propaganda and attempts to disrupt the new Saudi renaissance.

Erdogan's failure to affect the Kingdom's international standing and halt its regional and global rise was not his biggest loss.

Magic turned against the magician, and the alleged sultan's attempts to bring an international boycott and sanctions on the Kingdom turned against him and he caused unforeseen consequences to his country, the NATO member state, owing to his floundering policies and historical fantasies.

Erdogan's loss of the US ally has cost him a lot. After initial sanctions imposed by Washington on Turkey, the US House of Representatives passed a bill on the recognition of Turkey's genocide against Armenians, a matter which will blow up to Ankara with constitutional and legal repercussions, and will get it – in the event of escalating the genocide file - into an endless circle of issues of compensation and restitution of property, which undermines the Turkish sovereignty.

The Turkish people will not find any justification for this eexorbitant cost, while they are suffering from an economic downturn, a hard living, and an unprecedented collapse of the Turkish currency.

Rather than Turkey enjoys the "zero problems" policy which is promoted by Ahmet Davutoğlu, Erdogan's reckless ambitions drags his country into the heart of regional and international problems, with the least amount of friends in Turkey's modern history.