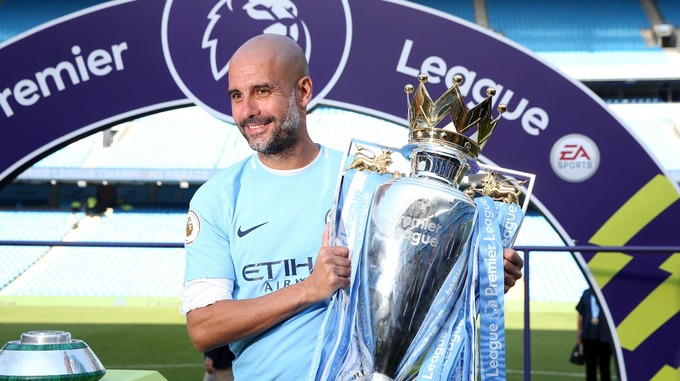 Guardiola beats Klopp to manager of the year award

Manchester City boss Pep Guardiola edged out Jurgen Klopp to a trophy for the second time in three days as the Catalan claimed the League Managers' Association manager of the year on Tuesday (May 14).

Guardiola's City retained the Premier League title on Sunday, beating Klopp's Liverpool by a single point at the end of a thrilling title race.

Having also won the League Cup earlier in the campaign, Guardiola's side could complete a first ever domestic treble in English football when they face Watford in the FA Cup final at Wembley on Saturday.

Guardiola topped the vote ahead of Jurgen Klopp, Tottenham manager Mauricio Pochettino, who has led Spurs to their first ever Champions League final, and Nuno Espirito Santo of Wolves, who finished seventh in their first season back in the top flight.