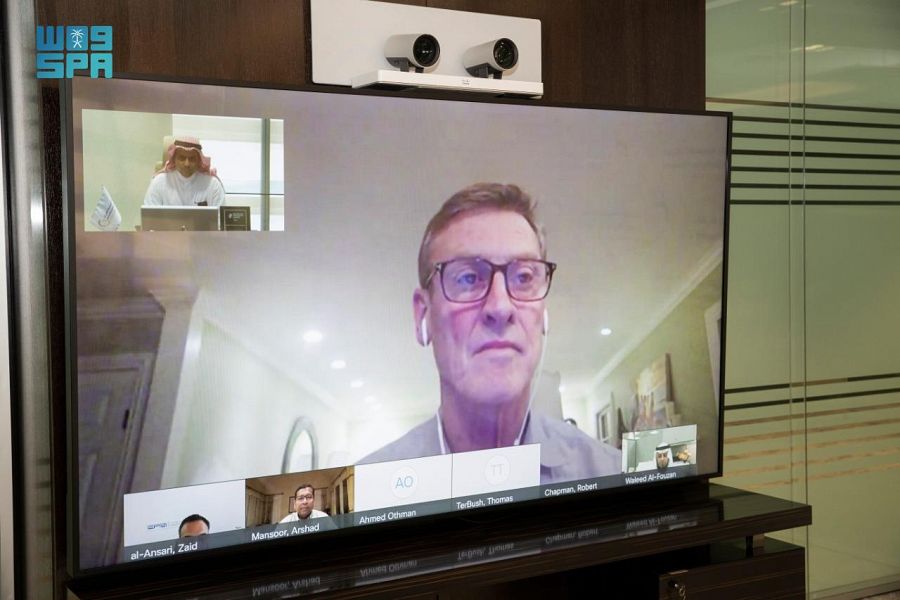 After stiff competition against 100 research projects by participating international companies, the Saudi Electricity Company (SEC) has been awarded the US EPRI Institute Award for Electric Vehicle Chargers Infrastructure and impact on the power grid research study, it was reported here today.
Saudi Electricity Company (SEC) has won the EPRI Technology Transfer Awards 2020 from the Electric Power Research Institute (EPRI), as part of its participation in the research study "Electric Vehicle Chargers Infrastructure and the impact on electric network ", after stiff competition against over 100 participating international companies. It included a set of researches and projects in the field of power delivery and Utilization.
Eng. Hatim Gandayh, Research and Development department manager and the team leader of the research project in the company to study the Infrastructure requirements of Electric Vehicle Chargers, said: “Saudi Electricity Company (SEC) winning this award in this vital field reflects the value of applied research and scientific activities being conducted, as SEC is leading among the electrical energy utilities in the Middle East and North Africa (MENA).
He added: "The value of the applied research for which the company received the International EPRI Award lies in the company's orientation towards sustainability of developing the electricity sector to be safer, more reliable, efficient and
compatible with environmental standards, in light of national and international procedures and standards that SEC is keen to adhere to and apply, as an integral part of the Kingdom's Vision 2030.”
Gandayh stressed that the Award also sheds light on the efforts and ideas of leaders, experts and researchers working on research projects that contribute to the use of the best available technologies in the domain of electric energy, including
the deployment of the research outcomes of EPRI, to achieve outstanding results that contribute to development of the companies and utilities in which they are working with.
It is noteworthy that during the year 2020, the power delivery and utilization sector at EPRI received over 100 participations in the various branches of the award, given that it is an independent nonprofit research institute, with the largest electric energy companies and utilities in the world participating in it as members. It includes a group of scientists, engineers and experts aiming to find smart and sustainable solutions to challenges related to electric power.
It is worth noting that SEC had also received the technology transfer award from EPRI earlier in 2016.