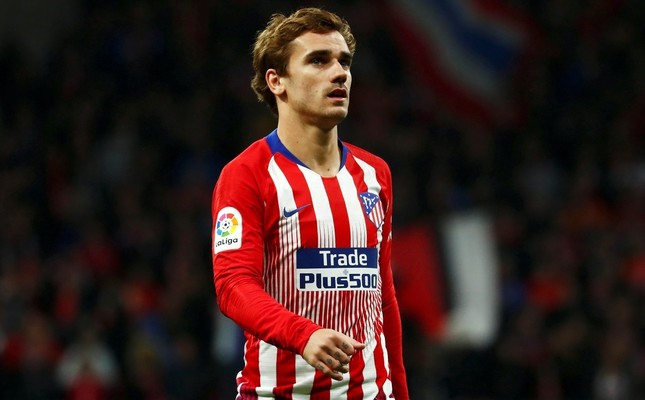 Barcelona are set to make another attempt to sign Antoine Griezmann from Atletico Madrid after last year's long saga led to the France international rejecting the Catalan club, according to multiple reports in the Spanish media on Tuesday (May 14).

Griezmann famously turned down an offer to join Barcelona last season, detailing his internal struggles about whether to make the move in a landmark documentary called The Decision, which was produced by a company owned by Barca's Gerard Pique.

He later signed a new contract with Atletico until 2023 which initially raised his release clause to 200 million euros but numerous reports say that figure will drop to 120 million on Jul 1.

Catalan newspaper Sport said on their front cover that Barca have set their sights on Griezmann again and plan to fund paying his release clause of 120 million euros (104.11 million pounds) by selling Brazilian Philippe Coutinho, who cost them a club record 165 million.

The Griezmann saga caused great embarrassment to Barca but after the humiliating 4-0 defeat to Liverpool which sent them out of the Champions League, the club are planning to shake up their ageing squad ahead of next season.

Griezmann has been Atletico's talismanic figure since joining from Real Sociedad in 2014, but the club's finances have been stretched by his ever rising salary, which Marca say exceeds 20 million euros per year after tax.

Atletico have already agreed to sell France defender Lucas Hernandez to Bayern Munich for 80 million euros, while long-serving captain Diego Godin has announced he is leaving the club at the end of the season.