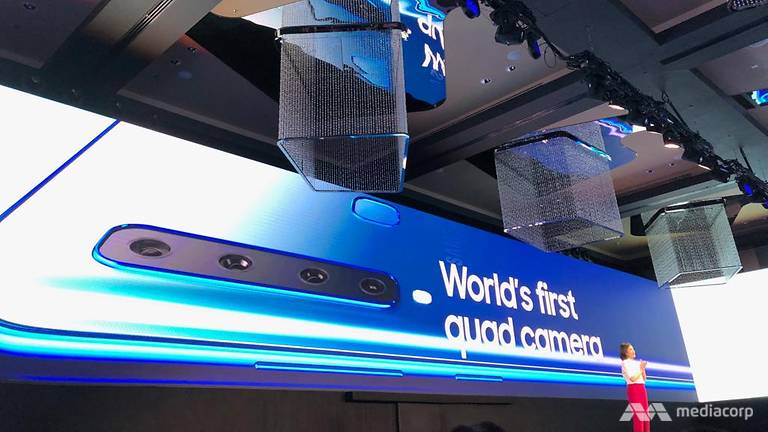 Samsung Electronics on Thursday (Oct 11) unveiled its latest smartphone which has four rear cameras - a first for the company as well as the industry, in a bid to reinvigorate growth in its mobile division.

The new Samsung Galaxy A9 was revealed in all its quad camera glory at the company’s Samsung A Galaxy Event, held at the W Hotel in Kuala Lumpur, putting to rest speculation that had been growing ever since the tech giant teased its “4x fun” event last month.

The latest addition to the mid-range Samsung Galaxy A series of smartphones comes hot off the heels of the Galaxy A7 announced just weeks ago.

True to rumours that leaked in the lead-up to the event, the A9 builds on the A7’s triple rear camera system by going one better, with four rear cameras lined up vertically down its back.

They include a 24-megapixel main lens, an 8-megapixel 120-degree wide angle lens, a 5-megapixel depth lens and a 10-megapixel telephoto lens with 2x optical zoom. 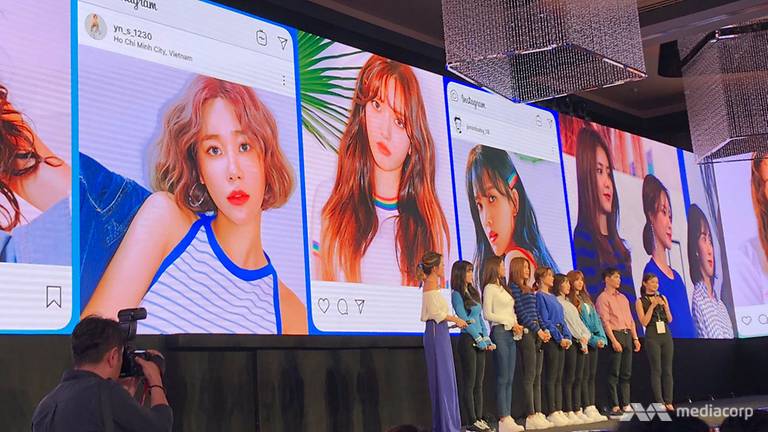 Security-wise, the device comes with a fingerprint scanner at the back as well as face recognition.

It will come in Caviar Black, Lemonade Blue and Bubblegum Pink.

Thursday’s announcements bear out the tech giant’s push to roll out new technology and cutting-edge features for its mid-range devices first ahead of its flagships, in a boost to cheaper models.

Speaking at the event, DJ Koh, president and chief executive of the IT and mobile communications division at Samsung Electronics, said that with the Galaxy A7 and A9, the company was “showcasing Samsung’s commitment to serve everyone”.

“We live in a world where phones are central to who we are and how we interact in the world,” he said. “In a world like this, everyone deserves access to the technology that delivers the most value in their eyes.”

“With these new phones we are reinventing the way we introduce breakthrough technologies to the people we serve.”

The move is seen as a bid to fend off stiff competition from Chinese brands offering cheaper devices with comparable specifications.

The Galaxy A9 will be available in selected markets from November.