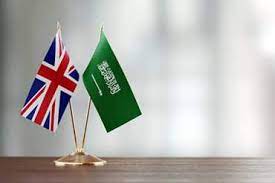 The British Embassy will organize here tomorrow the third virtual panel discussion entitled: "Communication on Environmental Issues: What are the most influential issues and topics in the Kingdom of Saudi Arabia", with the participation of a number of specialists.
UK's Deputy Ambassador Richard Oppenheim said that the embassy seeks to host the third panel discussion to bring together thought leaders from all over the Kingdom of Saudi Arabia to exchange experiences on best practices on how to raise awareness of the impact of climate change on society, indicating that it comes as a prelude to the United Nations conference on climate change.
Oppenheim explained that the seminar will discuss the main environmental challenges in the region, the efficacy of networking and communication, and how this cooperative approach can encourage positive action for climate and environment.
He added that the seminar consists of two parts: the challenges of climate and communication in the Kingdom of Saudi Arabia, and what are the most effective ways to communicate in the Kingdom, indicating that the participating speakers will discuss several aspects, including: the role of the media in providing awareness messages on environmental issues, and how government communication campaigns can motivate climate action among the public, in addition to the role of women in facing climate change, and the future of the Saudi Green Initiative and its impact on future generations.
He explained that the third panel discussion is part of the campaign #Together For Our Planet launched by the British Embassy in Riyadh, with the aim of building awareness about climate change in the lead up to the United Nations Climate Change Conference (COP26), (the 26th Conference of the Parties to the United Nations Framework Convention on Climate Change), to be held in November 2021, which will bring together world leaders, delegates from various agencies and climate experts to agree on coordinated action to tackle climate change.
He stated that the third panel discussion follows the inaugural virtual panel discussion in which the experts discussed 'Reuse and Recycling: The Impact of Plastic on Nature,' and the second panel discussion entitled 'Communication on Climate Change: Raising Awareness of Climate Change and Encouraging Climate Action.'