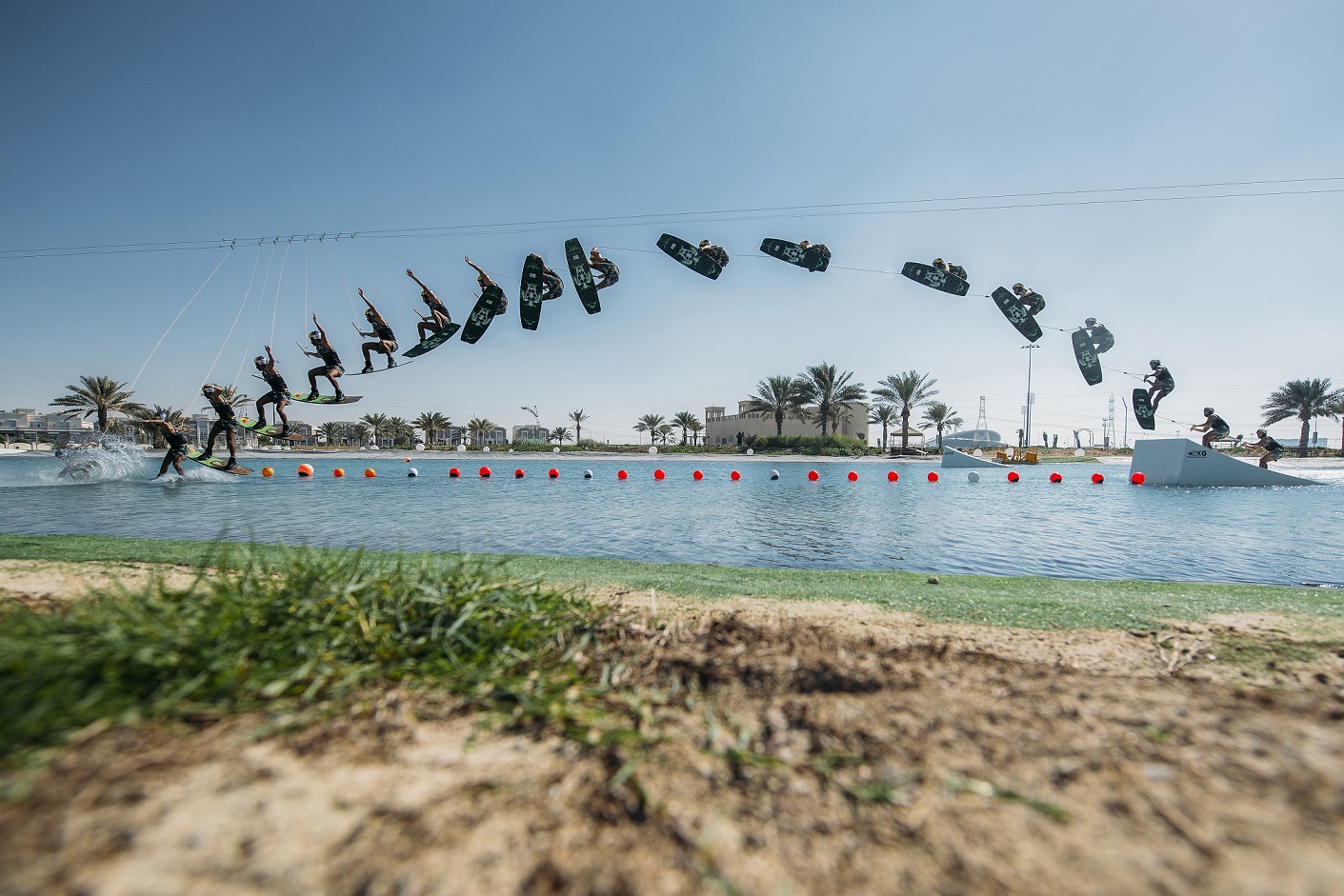 Guinness World Records (GWR) today (18 Nov.) celebrates its annual record-breaking GWR Day, buoyed by the response from people around the world looking to unite in a positive, shared experience following a most difficult year for many.

To spotlight as many record-breaking achievements as possible, GWR will host a digital event – 24 Hours of Record-Breaking – which will celebrate the creativity, dedication, and passion of people around the world following a year of lockdown and restrictions.

GWR Day comes closely after unveiling the new Guinness World Records 2021 Book, the newest edition of the legendary book that is jam-packed with astounding records. GWR2021 will help readers discover the world around them and question why someone would want to travel over 120km/h on a motorcycle while performing a headstand, and how exactly you train a rat to jump through a hoop eight times.

From MENA, three Emiratis managed to take part in the global GWR Day breaking 4 different Guinness World Records titles as follows: Omeir Saeed managed to break two GWR titles for Farthest wakeboard ramp jump (male) and Most wakeboard rail airs (supermans) in 30 seconds, while Dr. Khawla Al Romaithi managed to break the world record for Fastest time to travel to all seven continents, and Meera Al Hosani breaks the GWR title for the Largest sock word, writing the world ‘Happiness’ in Arabic to Spread arareness on the inclusion of people with Down Syndrome in the UAE.

Omeir Saeed Omeir Yousef Almheiri is a self-proclaimed wakeboarding junkie, and now two-time GWR title-holder for the Longest ramp jump on a wakeboard achieving an impressive 21 m (68.89 ft) jump, smashing the previous record that stood at 15 meters set by Jérôme Macquart (France) in 2004. Almheiri also smashed another GWR title on the same day for Most wakeboard rail airs in 30 seconds achieving 10 in total, doubling the previous record also set by Jerome MacQuart (France) in 2005.

“If there is one thing that I learned from this experience, it is that we hold a big responsibility to inspire the younger generation, to transfer the message and share the passion. Having this global recognition in hand makes me proud as an Emirati, as this is certainly the jewel in the crown of so many years of achievement and success,” said Almheiri.

Twenty three young Omeir has known wakeboarding almost as long as he can remember. He has been the uninterrupted champion of the UAE Open Men National between 2012 and 2020. He started his career being recognised as the world champion in 2012 during the WWA Junior Men Wake Park, and secured another world championship in 2014 in the WWA Wake Park World Champion in the Open Wake Skate division, to mention a few.

Another story from MENA is the Fastest time to travel to all seven continents, which was achieved by Dr. Khawla AlRomaithi in 3 days 14 hours 46 minutes 48 seconds. Dr. AlRomaithi smashed this challenging record-title achieved by Kasey Stewart and Julie Berry (both USA) in December 2017 which stood at 3 days 20 hr 4 min 19 seconds. 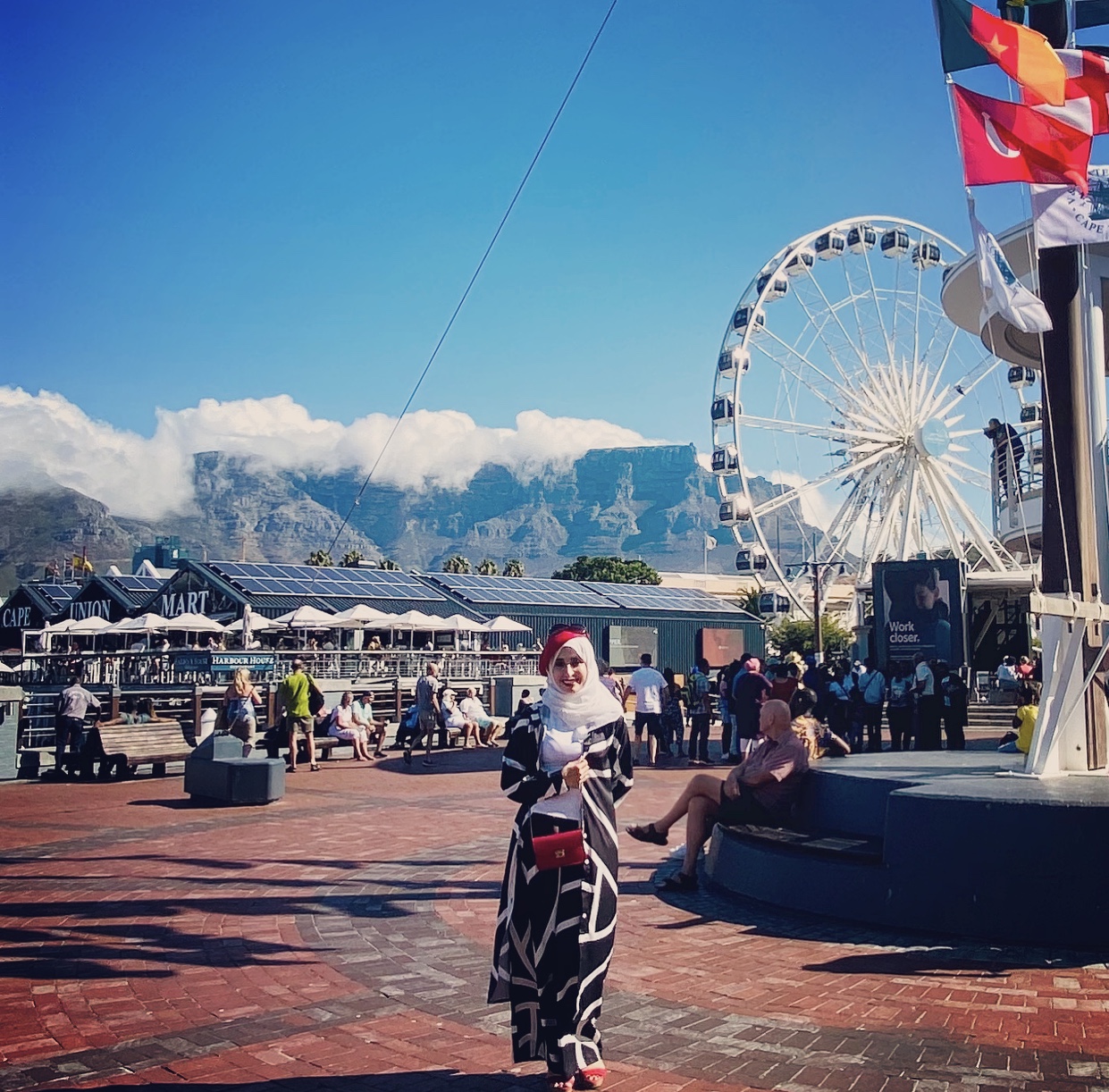 “To travel the world at a time when almost the whole global is in lockdown is challenging, but to be the fastest to do it is even more challenging,” said Dr. AlRomaithi. “I think it is destined to be like that, as since I started my trip in February 2020, the whole world changed all of a sudden, and I think it makes this achievement even more challenging and worthy. Being an Emirati mom with all this will makes me the proudest ever.”

Driven by the love of her little one Latifa, Meera Al Hosani, a third GWR Day record-holder, used 1,447 socks to write the word ‘Happiness’ in Arabic, creating the world’s Largest sock word. Meera chose socks because they are usually used to show your support by signifying the extra chromosome that people with Down Syndrome usually carry. 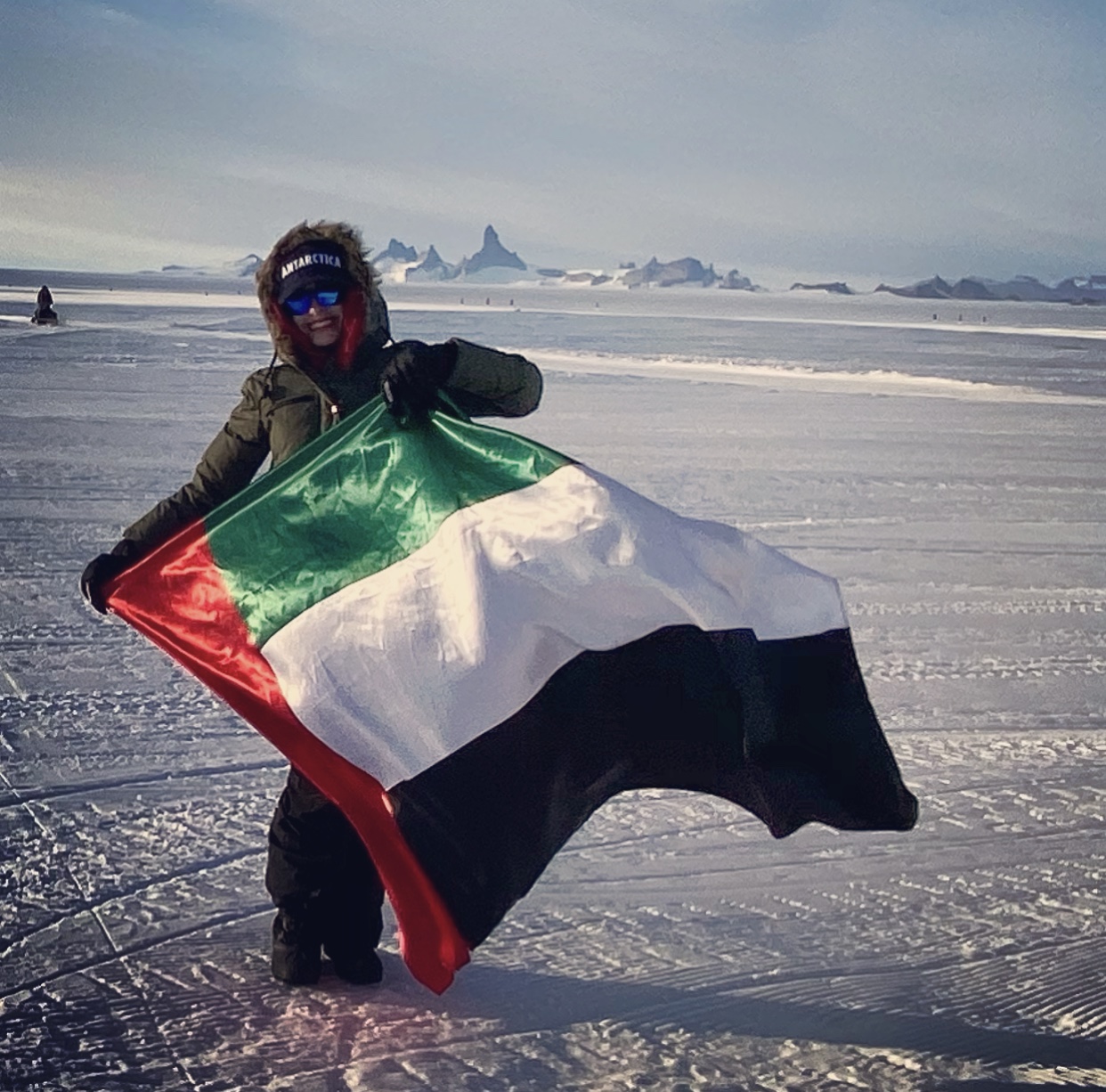 “This was a great way to help raise awareness about these amazing cheerful individuals,” Al Hosani said. “I have been blessed with Latifa who spreads joy everywhere she goes. I cannot be more thankful to be recognised as a Guinness World Records title holder, and contribute to sending this message of hope from the UAE.”

With over 50 Guinness World Records titles up for grabs in countries including Australia, Mexico, Japan, China, MENA countries, across Europe and the USA to name just a few, this GWR Day is set to be the most challenging but most rewarding  since its inception in 2004.

Coinciding the day, Deena Shipwright in Bahrain is trying to break the Guinness World Records title for Most football penalties taken in 24 hours (individual). Deena is part of Equal Playing Field, is a grassroots, non-profit initiative to challenge gender inequality in sport and to promote sports development for girls and women globally.

Other stories from around the world:

In China, 105 year-old man Yu Te-Hsin takes on the awesome challenge of Oldest person to tandem paraglide (male). Perhaps the most inspiring of all GWR Day record attempts, Yu is very excited about sharing his optimistic outlook with the world, and providing hope to everyone that any challenge can be overcome.

Japanese pair Hijiki Ikuyama and Angora Soncho will combine in an attempt for the Most alternate skips by a pair in 30 seconds. With 60 skips to beat in the timeframe, this pair from Tokyo were determined to set themselves a goal, keep fit and achieve something special this year.

In the UK, Londoner Tinuke O’Yediran, a professional roller-skater and circus performer, is attempting two records on GWR Day: Most cartwheels on roller skates in one minute and Most 360 spins on e-skates in one minute. Throughout lockdown earlier this year, Tinuke dedicated herself to raising money for charity through various endurance based skating challenges and sees GWR Day as the perfect way of celebrating the skills she has honed this year.

In the USA, sports and entertainment legends, the Harlem Globetrotters have spent much of their year at home after tours and shows were cancelled due to the pandemic. With months to practise and hone their skills, the farthest behind-the-back basketball shot, highest throw and catch of a spinning basketball and most bounced basketball figure eight moves in one minute are all on the line this GWR Day.

If you want to get involved – it is not too late. Open applications may be closed but the #GWRchallenge which will allow participation from anyone who feels they have what it take Most star jumps in 30 seconds.

First held in 2004 to mark Guinness World Records becoming the best-selling copyright book of all time, GWR Day has inspired some now iconic record-breaking achievements. This year over 1000 applications were received from aspiring record breakers across the world, hoping to attempt records on GWR Day to secure their place in the next edition of the book. 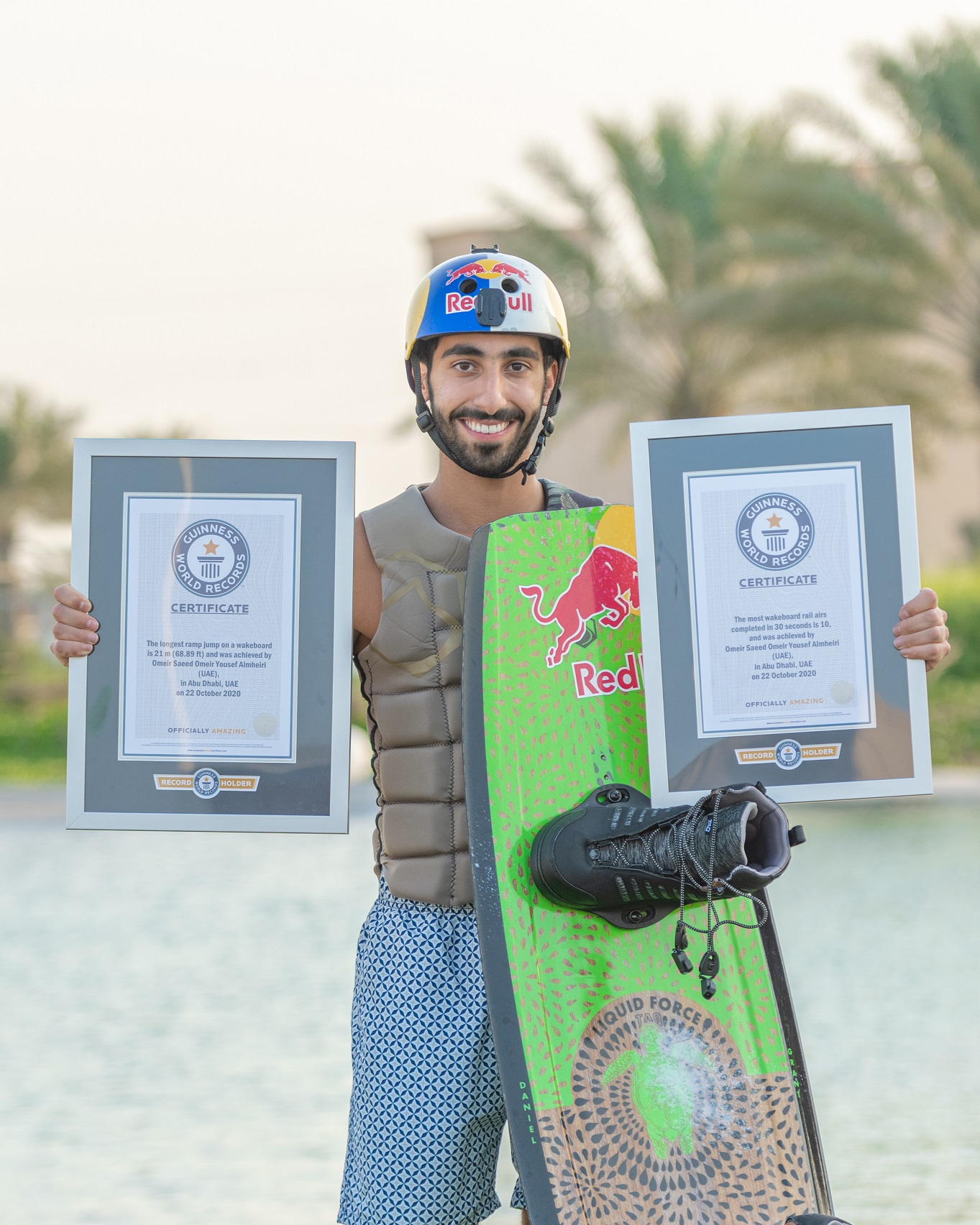