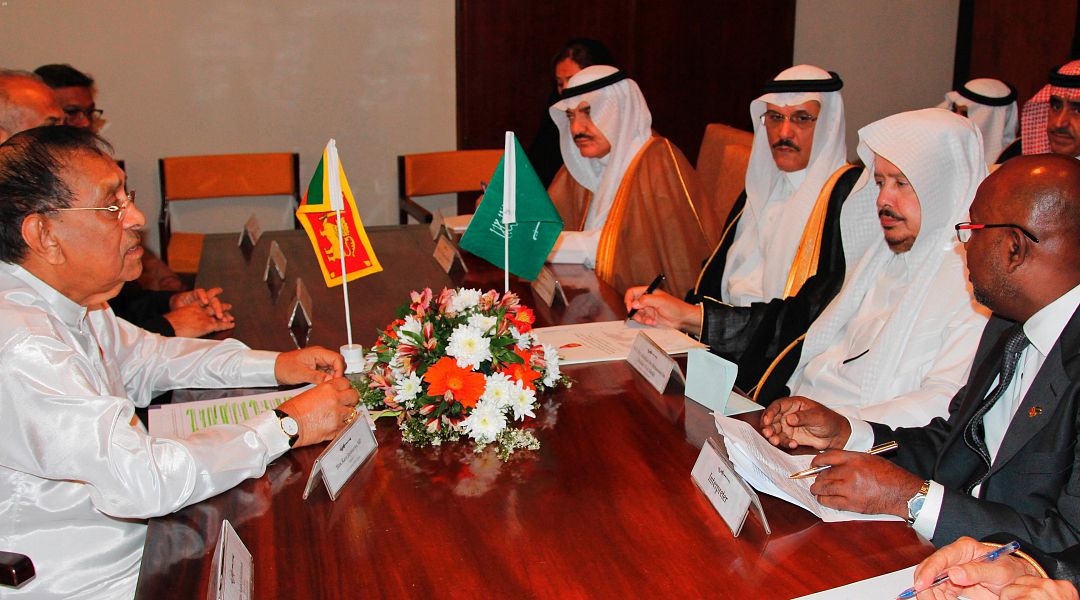 Sri Lankan Parliament Speaker Karu Jayasurya has condemned vicious attacks on civilian facilities in the Kingdom of Saudi Arabia by the Houthi terrorist militia, affirming the Kingdom's right to take measures to protect its land, citizens and residents.

This came during joint talks held today by the Speaker of Saudi Shura Council Sheikh Dr. Abdullah bin Mohammed bin Ibrahim Al Al-Sheikh with the Speaker of the Sri Lankan Parliament in the capital Colombo.

The Speaker of the Parliament of Sri Lanka at the outset of the session of talks praised efforts being exerted by Kingdom of Saudi Arabia in the service of pilgrims of Sri Lanka and its keenness on their comfort and safety. He also pointed to the Kingdom's stand with the families of the victims of terrorist bombings that affected Sri Lanka recently.

For his part, Sheikh Dr. Al Al-Sheikh expressed his condemnation of brutal terrorist incidents that happened in the Republic of Sir Lanka, pointing out that the Kingdom was one of the first countries to suffer from terrorism and sought to combat and eliminate it both inside it and through cooperation with other countries.

He expressed his hope that this visit will contribute to enhancing bilateral relations between the two countries.