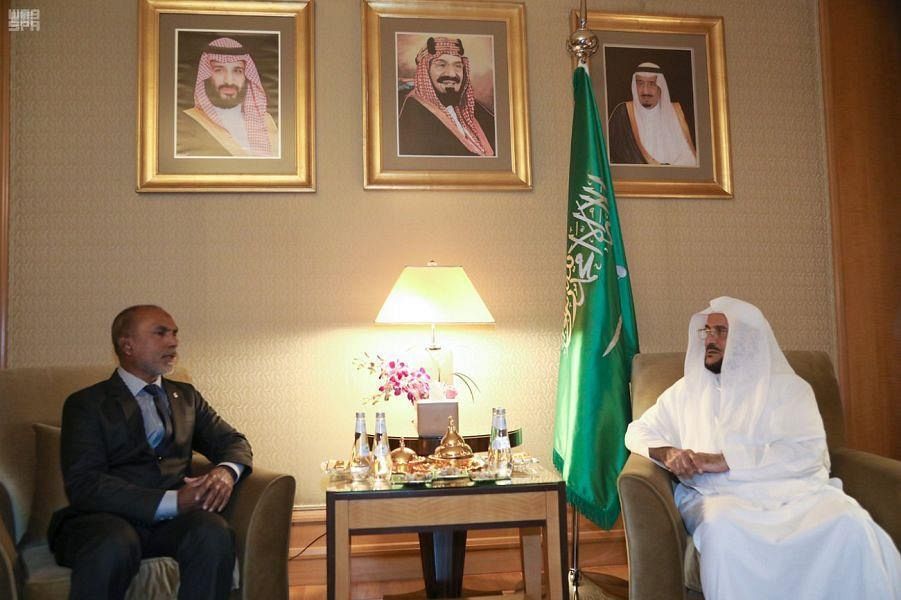 During the meeting, they discussed a number of issues of common interest, especially with regard to strengthening existing cooperation between the two ministries in the field of Islamic affairs.

Dr. Zahir praised exerted efforts by the Kingdom of Saudi Arabia under the leadership of the Custodian of the Two Holy Mosques King Salman bin Abdulaziz Al Saud and HRH Crown Prince to serve Islam and Muslims in the world, spread the values of moderation, and extend a helping hand to all countries affected by disasters. He added that the Kingdom is a pioneer in all fields, and everyone appreciates it.

He also said that the Ministry of Islamic Affairs in the Maldives has the desire to benefit from the Kingdom's experience in spreading moderation.

At the end of the meeting, Sheikh Dr. Al Al-Sheikh presented his Maldivian counterpart with a commemorative gift, as photos were taken.