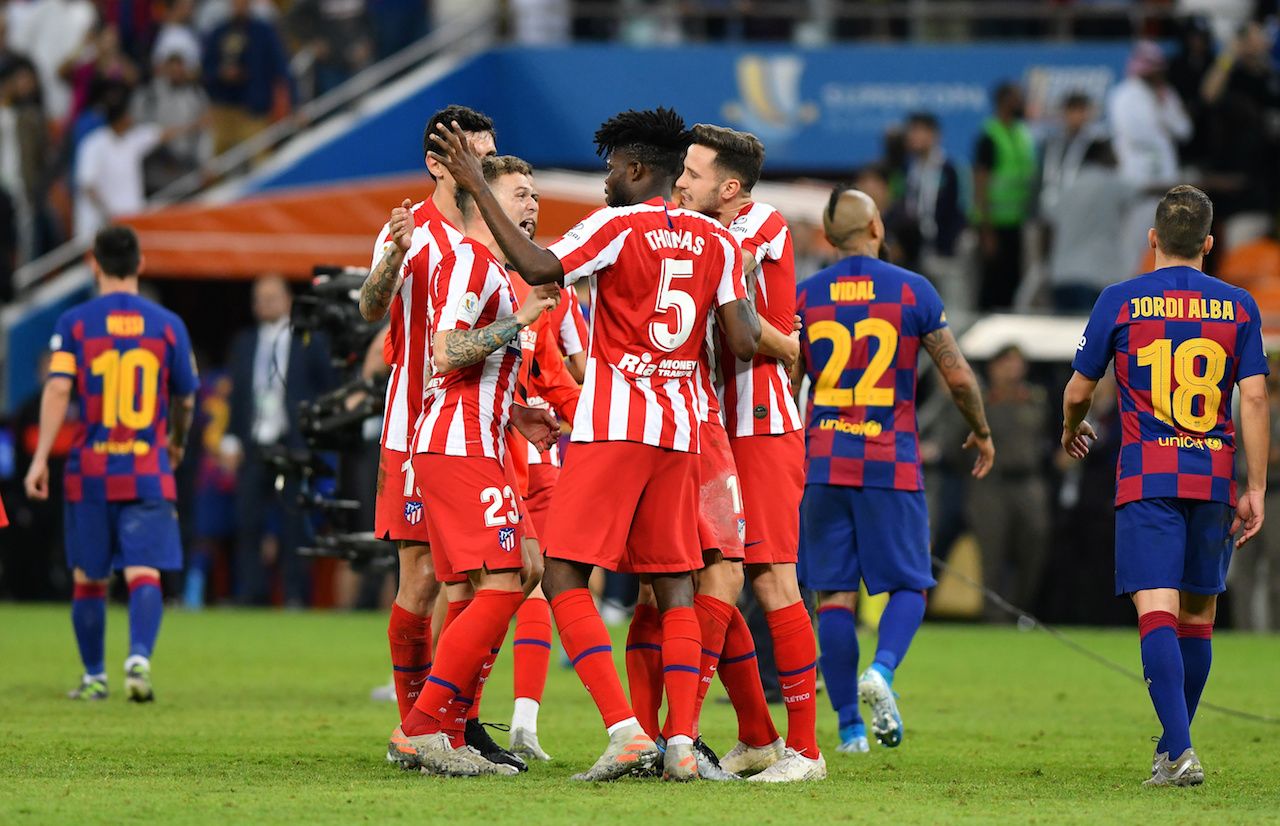 Atlético Madrid was able to beat its opponent, Barcelona, 3-2 in the match that took place in Jeddah in King Abdullah Sports City with the attendance of 60,000 spectators. In the first half Barcelona demonstrated high possession, whereas Atlético Madrid showed a defensive conservation, both teams weren't able to score any goals during the first half.

In the second half, which was completely different to the first, filled with grand enthusiasm and excitement, in which Atlético Madrid surprised the opponent with a first goal scored by Jorge Koke at the 46th minute of the match, when the Capitan and star player of Barcelona, Messi tied it at 51’ , and later on scored a second goal at 60’. However going back to VAR the goal was not counted because his hand touched the ball. A make-up goal didn't long from his fellow teammate Su?rez who tried to score a goal assisted by Jordi Alba who passed a cross ball only to be defended by Atlético’s goalkeeper only to go back to the French Left backer, Antonio Griezmann who scored a header at 63’ announcing with it an advance goal. Later on, at the 74th minute after consulting VAR technology a goal was scored by Gerardo Piqué only to be considered an offside. At minute 80 things changed surprisingly and drastically for Barcelona. At that minute Atlético Madrid got a penalty in which Atlético tied the match 2-2, to which they continued in attack and scored their third goal in the 86th minute of the match.

Barcelona couldn't score an equalizer till the final whistle announcing that Atlético Madrid qualified to the final of the SuperCopa on Sunday. The final will be a huge derby between Atlético and Real Madrid in the Kingdom of Saudi Arabia.