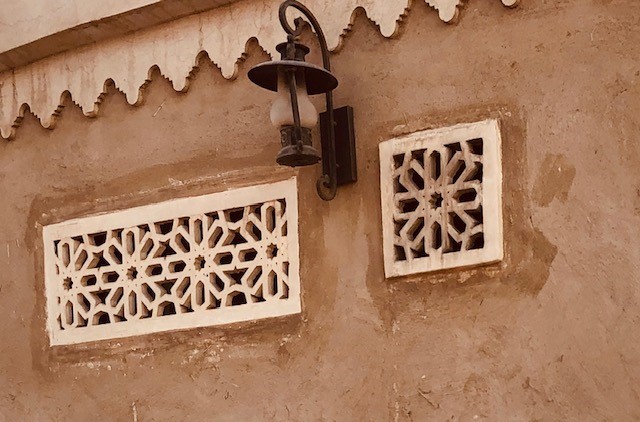 As the year rolls on and Covid19 continues to robustly grip our lives, we have all resolved to incorporate new ways of working and socializing; plus we have embraced the concept of staycations into our lives.

I guess if we take a minute to thinking about it, these ‘new experiences’ have been available to us for a long time, it’s just that Covid19 has pushed us to explore them more closely now. We have adopted these experiences into our everyday life and made them a vital part of what we now call the ‘new normal’.

So, for the 2020 KSA National Day Holiday, which for me was a 4-day break, I decided to jump in to a 4x4 with some friends and set off to explore Al Hofuf in the Eastern Province. My Saudi staycation if you will.

In years gone past I would have hopped on a plane and jetted off to a sandy beach in Sri Lanka or Thailand. But this year, our travel plans are reimagined. Our original idea was to take off and camp on Uqair Beach on the Arabian Gulf. It was perhaps a little too romantic a notion given the persistent high September temperatures to camp there now. So instead, on the recommendation of a colleague, we decided to turn our camping trip in to a sort of glamping trip. And it was at this point that I learned about an istraha. An istraha means, an authentic local Arabic farm stay. An istraha is usually found in the Palm Groves on outskirts of town, it has all the convenience of a campsite, with loos, showers and cooking facilities. You can still put your tent up in the garden area and since the property is managed you are unlikely to be bothered by the local wildlife, for example snakes and scorpions.

To complete the glamping experience, you still need to bring all your barbie supplies and your bedding if you want to stay indoors near to the air con! An istraha can accommodation as many as 15 people. 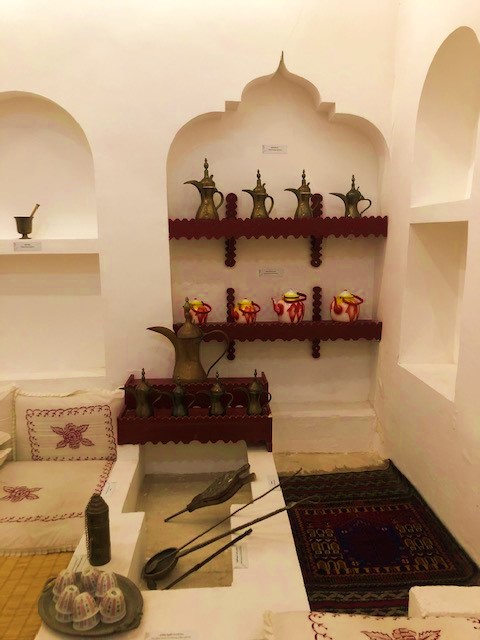 Having deposited our belongings in the Istraha we set off to explore Al-Ahsa’s town centre. In 2018, the Al-Ahsa oasis became the fifth Saudi site to be registered as UNESCO world heritage site.

Armed with this knowledge we designed an interesting tour of the area which included visiting the central part of Al-Ahsa town where many of these cultural sites can be found.

Our first pit stop was for Arabic coffee and refreshments in Al Koot Heritage Hotel, a family home that was turned in to a small hotel which is packed to the brim with antiques, historical memorability and local artwork. Feeling refreshed after dates and coffee we moved on to see other nearby sites. All these sites are easily accessed by foot since they are all based in or near the Al Koot Area.

The Ibrahim Palace is a Museum today, but it was formerly an historical castle and fort. Ibrahim Palace is one of 12 sites that were designated as world heritage sites within Al-Ahsa. The Palace was constructed with a mosque that houses a rather impressive dome which dates back to 1555. The mosque is in pristine condition and boasts a central chandelier as an original piece. 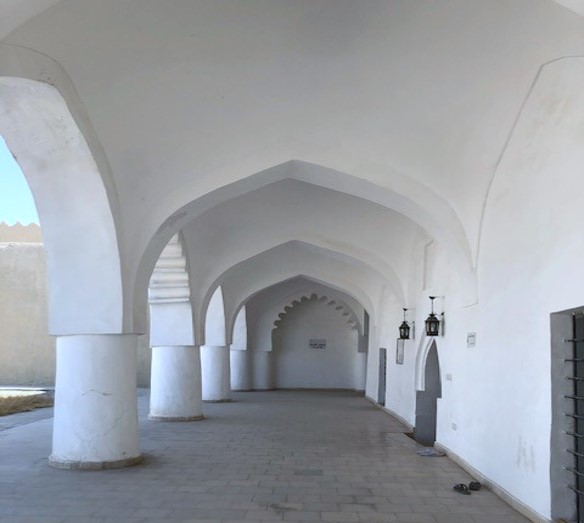 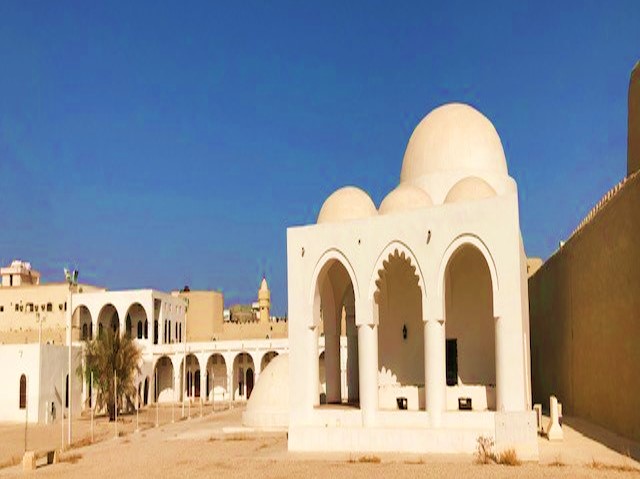 The House of Allegiance is another fascinating site: this historical meeting place was where the Ruling Sheikhs gathered together to discuss the formation of modern day Saudi Arabia. What captured my interest was this small tradition house also housed the only fresh water well for miles around and supplied the whole neighborhood with water back in the day. There were also many other interesting artifacts in the 705 square meters dwelling which was built in the year 1203 AH, by Sheikh Abd al-Rahman bin Omar bin Muhammad al-Mulla, who also served as the Judge of Al-Ahsa.

With our minds buzzing with all this new local knowledge, we stopped to reflect and discuss all we had learned over lunch in a small chic & modern Arabic restaurant called Dar-Basma.

Dar Basma serves a traditional menu with a modern twist. It is a very popular restaurant, so if you plan to visit, I recommend you book before you go.

Some other sites to see in the same area include Princes School which is in close proximity to Al Koot and is where some notable and accomplished Saudi business leaders have gone to school. It is open from 5 pm to 11 pm Wednesday to Saturday.

The Al Koot area is a mix of traditional architecture, museums, winding streets and modern street art all of which is best seen on foot as you saunter around in the cool late afternoon.

The nearby Qaisariah Souq is a very interesting and old traditional marketplace where the local community still do much of their shopping for spices, fabrics, interesting trinkets, and other household items.  The heady buzz of a century’s old souq also makes for some very interesting photos. 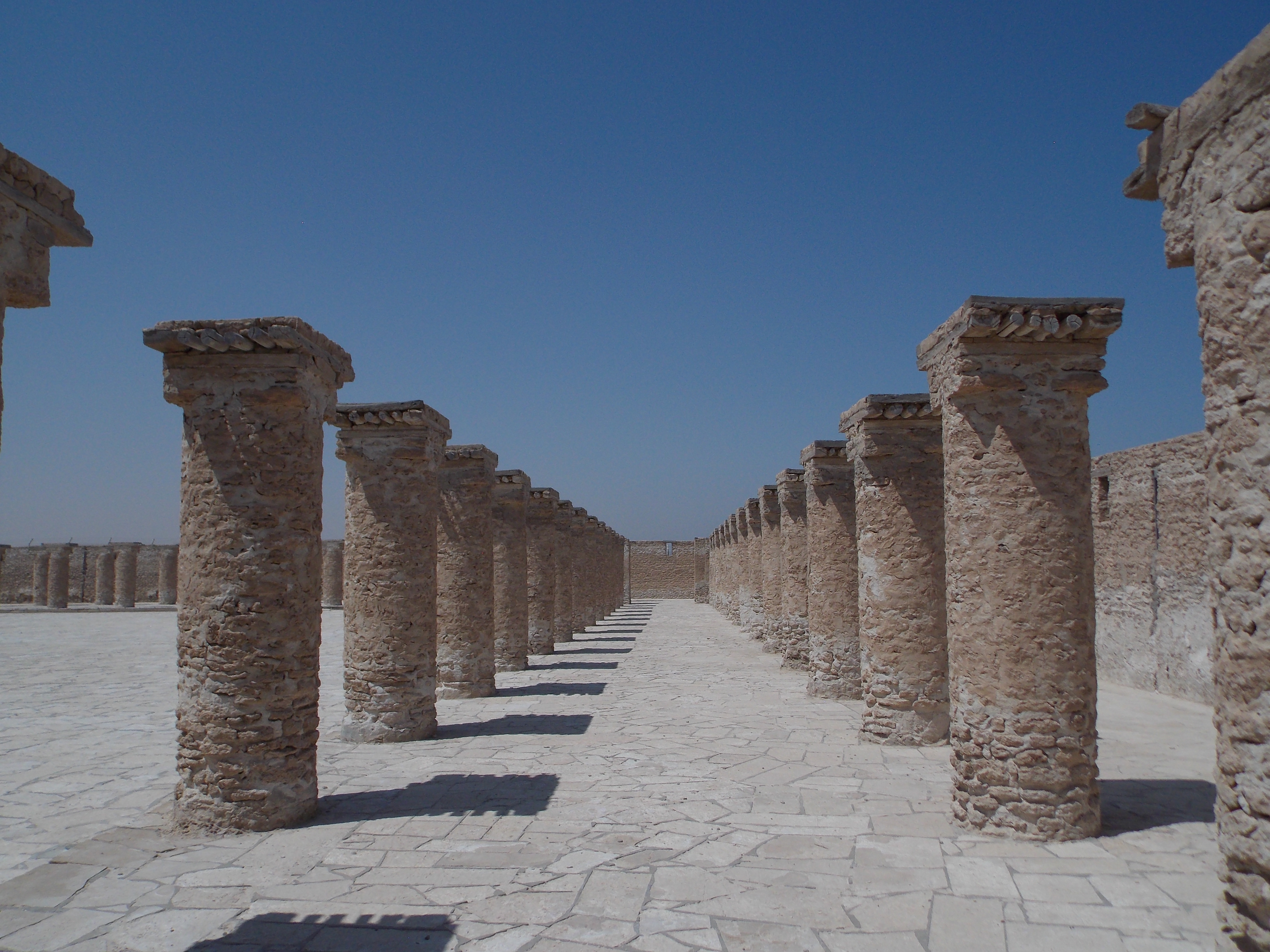 On the remaining days of our trip we visited Al Uqair coastline to check out its beautiful and peaceful beach, and the surrounding salt flats. Further along the same coast is Al Uqair Port which is currently undergoing renovations and remains a photographer’s dreams due to the wonderful traditional architecture on display. Plus they were delighted to receive visitors.

Another unmissable site is the Land of Civilizations, which is situated in AlQarah Mountains about 15 kms from Al-Ahsa. It is a naturally occurring limestone and sandstone rock cave formation, and another UNESCO world heritage site. At 50 SAR entrance fee it a cheap and enjoyable afternoon out walking thru the temperature cool caves.

Our final day in Al-Ahsa took us to Yellow Lake. It is hard to imagine that such a large body of water exists in the middle of the Al Hofuf desert hinterland. It is surrounded on one side by sand dunes and you need a 4x4 to reach its main vantage point. Yellow Lake is a magical experience, full of bird life, turtles and wandering camels and you won’t be disappointed if you make the effort to find it.

We filled our days with back to back sightseeing in Al-Ahsa and I am sure we could have filled a few more days if we had the time. Delighted with our Al-Ahsa adventure and wore out from exploring we reluctantly made our way back to Riyadh. We promised that we would take advantage of this Covid19 experience to discover other sites around Saudi Arabia. For me, 2020 will be renamed, the year of the staycation.