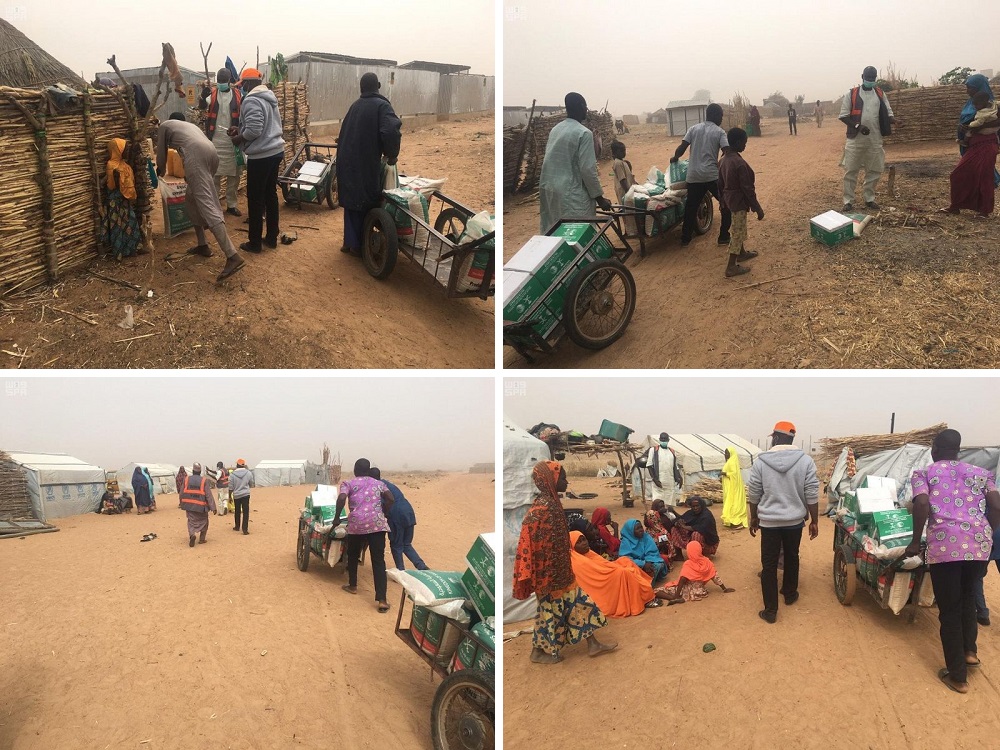 Upon the directive of Custodian of the Two Holy Mosques King Salman bin
Abdulaziz Al Saud, and His Royal Highness Mohammed bin Salman bin
Abdulaziz, Crown Prince, Vice President of the Council of Ministers, and
Minister of Defense to allocate $ 10 million in food aid to support
displaced people in Nigeria, the King Salman Humanitarian Aid and Relief
Center distributed more than 2,100 tons of foodstuffs yesterday,
representing the second batch of aid packages for displaced people in
Borno and Yobe states in the northeast of Nigeria.

The distribution of this aid coincides with the renewed
displacement of the northeastern states of Nigeria recently as a result
of increased attacks by terrorism.