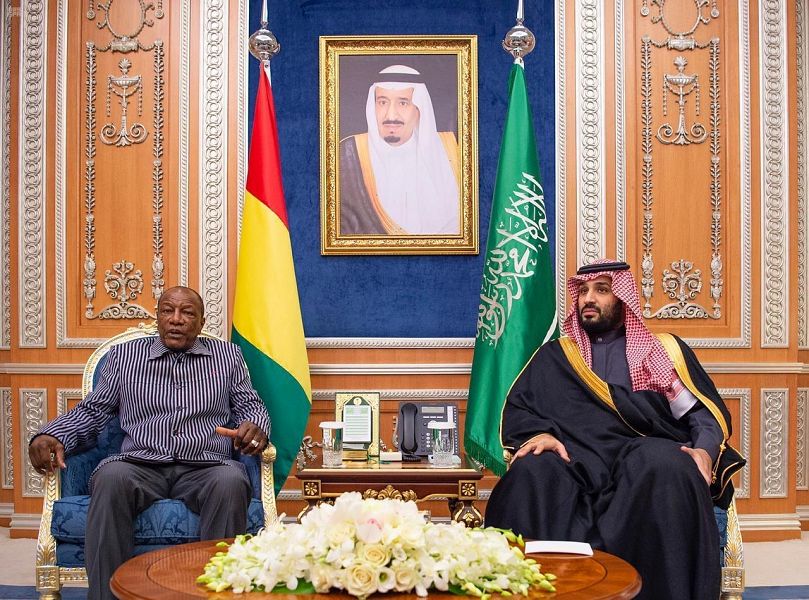 The meeting reviewed aspects of bilateral relations between the two countries and opportunities for developing them. They also reviewed regional and international issues of common concern, including efforts being made in combating extremism and terrorism.

On the Guinean side, it was attended by Minister of Foreign Affairs Mamadi Tour; Ambassador of the Republic of Guinea Conakry to the Kingdom of Saudi Arabia Mahmoud Nabhani, and a number of government officials.