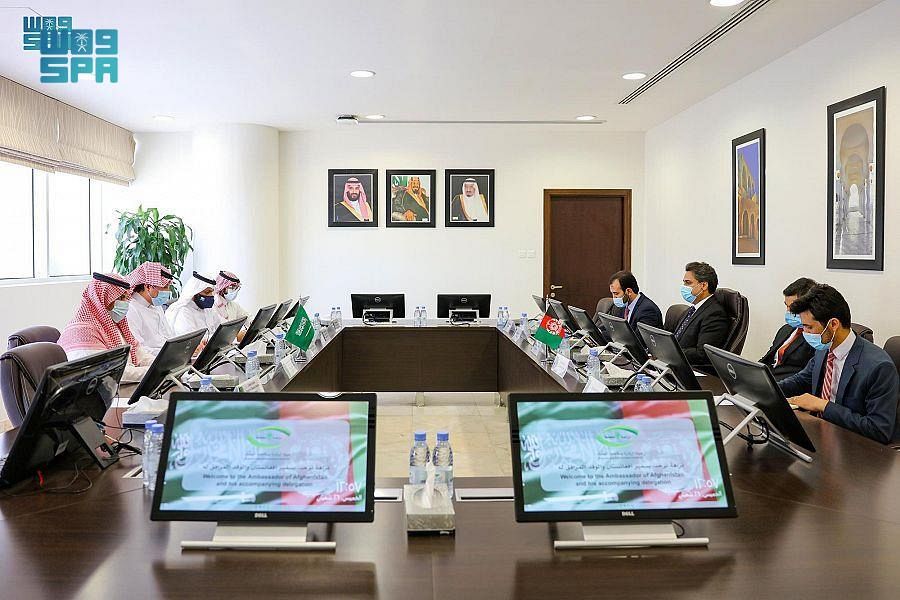 President of Oversight and Anti-Corruption Authority Receives Ambassador of Afghanistan

President of Oversight and Anti-Corruption Authority Mazin bin Ibrahim Al-Kahmous received at his office today in Riyadh the Ambassador of Afghanistan to the Kingdom of Saudi Arabia Ahmad Jawid Mojadidy and his accompanying delegation.

During the meeting, they discussed topics of mutual interest between the two countries in the field of fighting corruption and protecting integrity.

The Ambassador was briefed on the procedures of the Authority in the field of promoting integrity, transparency and fighting corruption, commending the Kingdom of Saudi Arabia's efforts and its leadership in combating corruption.