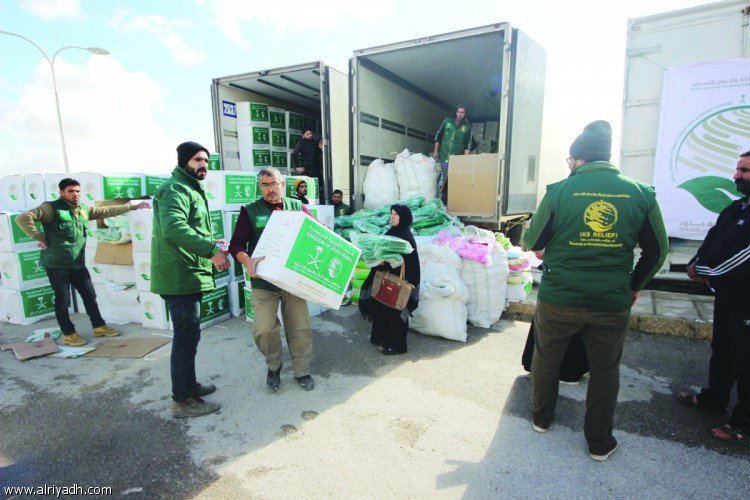 United Nations Financial Tracking Service (FTS), in September 2018,
revealed that the Kingdom of Saudi Arabia ranked fourth, among major
donors of humanitarian aid, all over the world.

The Kingdom of Saudi Arabia has undertaken its humanitarian
responsibilities to assist and support the refugees, in the world with
the humanitarian, relief and development assistance they may stand in
need, and has played a pivotal role in alleviating the suffering of
them.

It has provided humanitarian assistance to refugees around the
world, during the past eight years, amounting to $1.03 billion,
including those provided through the International Organization for
Migration (IOM) worth $93.2 million.

Al-Ghamdi mentioned part of the Saudi aid to a number of needy
countries. He pointed out that the Kingdom provided the Rohingya
refugees, in Bangladesh and Malaysia with humanitarian assistance
amounting to $18.1 million.

In addition, 13 projects were implemented for internally displaced
persons, in Myanmar, through IOM, he said, adding that KSA has provided
the Syrian refugees with relief aid, in Jordan worth $178.3 million, in
Turkey $88.7 million, in Lebanon $95.7 million, and to refugees in
countries such as Iraq, Egypt and others valued at$ 219.6 million with
198 humanitarian projects.

Contribution of Saudi Arabia to Yemen since the beginning of the
crisis, in 2015, in terms of humanitarian assistance, development and
relief for the brotherly Yemeni people amounted to $11.18 billion.

He added that for Palestine, the Kingdom has been one of the largest
donors, since 2000 until 2018, as the Kingdom has provided development,
humanitarian and charitable assistance amounting to $5.55 billion to
them.

In Somalia, Al-Ghamdi said that the Kingdom provided $177.3 million,
in humanitarian and development assistance, carrying out 29 projects
and provided $10 million to the UNHCR and IOM to repatriate Somali
refugees from Yemen, and help them settle in places where they returned.

The Kingdom has also allocated $10.0 million for humanitarian
projects, in Nigeria, where urgent humanitarian and relief projects are
being implemented for displaced people, in affected areas, he indicated.

He pointed out that the Kingdom provided, in Pakistan, humanitarian
and development assistance between 2005 and 2018, amounting to $107.3
million, implemented in 85 projects for displaced people affected by
floods and earthquakes.

In Afghanistan, the Kingdom provided humanitarian and charitable
assistance to 32 projects for displaced people worth $22.8 million, he
further said.

In the Kingdom, these refugees exercise the right to residence,
mobility and enjoy services of education, health and work, on an equal
footing with the Saudi citizenry.

The Kingdom is, currently, working on building a comprehensive
database with internationally recognized standards and it will soon be
launched to record and monitor refugees data, within Saudi Arabia, he
stated, concluding that it is noteworthy, that the humanitarian and
relief works of the Kingdom covered 40 countries, around the globe.