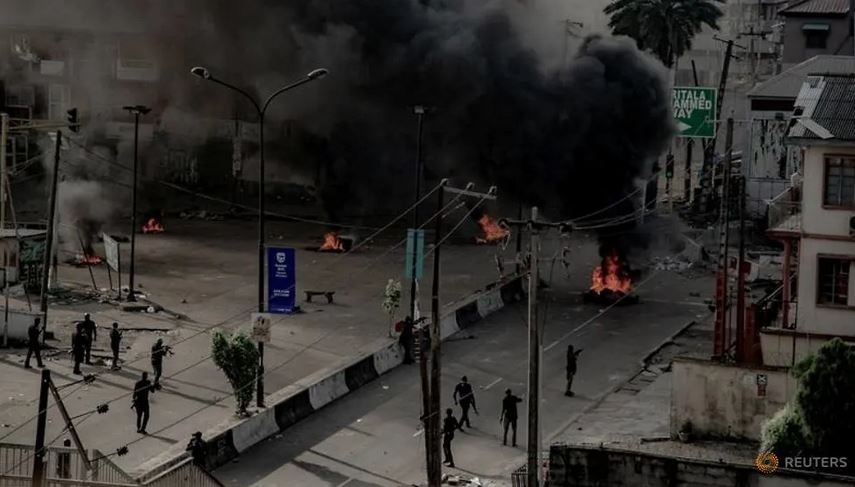 The Nigerian military offered on Wednesday to deploy in Lagos state if needed amid protests, the governor said on Thursday (Oct 22).

Unrest has broken out across the state, which is under 24-hour curfew, sparked by anti-police protests and the shooting of civilians by security forces on Tuesday evening.

Governor Babjide Sanwo-Olu, in an interview on local station Arise TV, said the chief of defence staff and the chief of army staff had called around midday on Wednesday "to say that if indeed I require for the military to come out, they will deploy them".

He said the primary concern was the security of key business and government installations, such as Lagos' ports.

"It's really just a conversation around security support that we've got," he said.

Fires burned across the commercial capital on Wednesday as protesters still on the streets, angry mobs and armed police clashed in some neighbourhoods.

Sanwo-Olu did not say whether he would accept the offer, but called on leaders to keep young people including protesters off the streets.